Chiefs vs. Broncos 2013: Denver needs this win more than KC

Share All sharing options for: Chiefs vs. Broncos 2013: Denver needs this win more than KC

I'm not sure I've ever seen as much destruction and desolation on the interweb as I've seen over the last month between Chiefs and Broncos fans. What was once merely a passive disdain has turned into a full blown war between two incredibly passionate fanbases.

Of course, a lot of this has to do with the fact that both teams are finally successful. It's difficult to maintain a rivalry when only one team is winning (or when both teams kinda suck, for that matter). With the increased stakes come increased emotion.

Additionally, two things have added to all the back-and-forth between fanbases and made it go from "whoa" to "good God, someone's going to get internet shot here!"

Use this when arguing with a Broncos fan 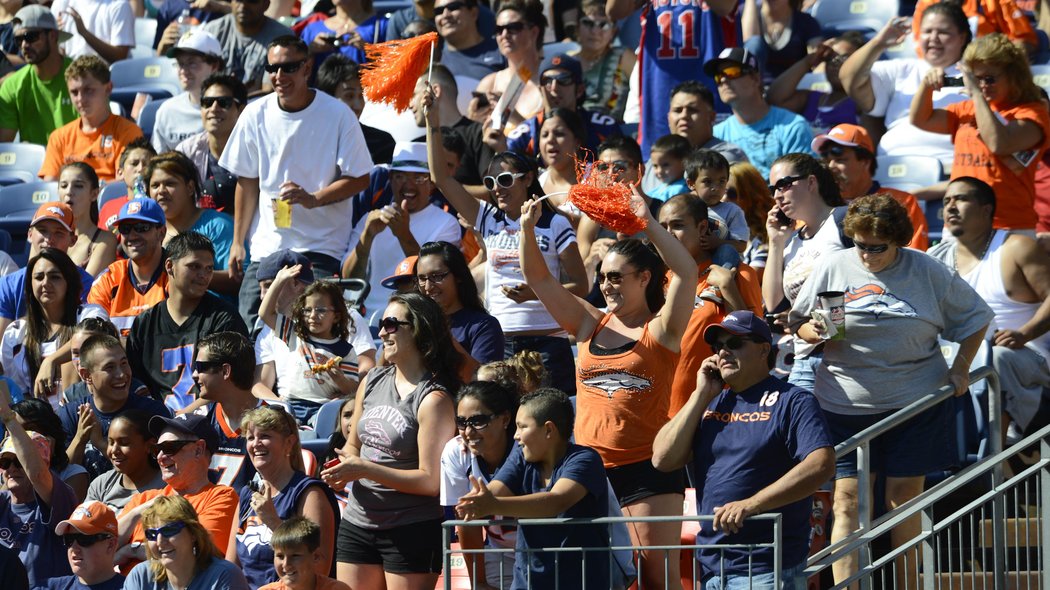 1. Both teams have a specific aspect of their team they are intensely proud of (Broncos fans with their offense and Chiefs fans with our defense), and those aspects just so happen to clash

2. Both teams have shown a specific weakness or two (Broncos with their defense and pass protection as of late, the Chiefs with an at-times anemic offense) that tends to really rile fans up when it gets mentioned.

And so the battle has raged. People yell and holler (or at the very least, turn on their caps. HARDCORE!!!!!). Moderators moderate (who else would love for that term to be changed to "regulators?" That can't just be me). Everyone insists that the stats make it OBVIOUS their team will win. Both sides insist the other side is being completely illogical.

Lost in all the arguing and rioting and trident throwing, one interesting thing has gone mostly un-discussed.

The Broncos need this win much more than the Chiefs do

The Broncos are walking in the heavy favorite (thanks Vegas! Andy Reid will send you a fruit basket for providing him with such easy "nobody believes in us" fodder). They are playing at home, where the noise will be insane and the air will be sparse. They sport the unstoppable offense. Their defense is finally healthy. Their fan base has insisted for months it will prove the Chiefs are frauds.

But more importantly than ALL of that... the Broncos currently sit a game back in the division.

We'll circle back to the Broncos in a minute. But first, let's think about this from a Chiefs perspective. Let's say the Chiefs lose a relatively close game (say, within 7 points). They fall into a tie for 1st place in the AFC West. They get a rematch 2 weeks later in front of an adoring Arrowhead crowd. And they drop a division game on the road, something most teams do. That's about the extent of it on the football side of things.

This game is the biggest game of the year for both fan bases. But for one team, this game could be the beginning of the end.

But the Broncos? From a football perspective, ANY loss (even a "fluke" loss by 1 point) would be devastating. They'd be 2 games back from the Chiefs with 6 weeks to go, with their only shot at evening things out a little coming at the aforementioned Arrowhead Stadium (where the Chiefs defense played them crazy-tough last year, despite not being nearly as good). And even if they are able to beat the Chiefs in Arrowhead, they've still lost control of their own destiny. They're now relying on the Chiefs to slip up, otherwise they go to the 5th seed in the AFC and have to fight their way through the playoffs on the road.

What's more, from a morale standpoint, is that a loss at home to the Chiefs would be a kick in the stomach. For weeks, now, Denver has looked much less invincible than it did early in the season.

It started with a loss to Indianapolis that shocked the football world. And let's face it, the Colts dominated much of that game, and it wasn't as close as the score indicated.

The Broncos were expected to go into their next game (against the defensively hapless Redskins) and take out their anger on a much weaker team. Instead, the Broncos stumbled and fumbled their way to a 21-14 deficit to start the 4th quarter. They needed an (admittedly epic) comeback, as well as the Redskins being the Redskins, to put that game away. The scoreboard shows a blowout by Denver, but a simple trip to the Mile High Report gameday threads shows that even Broncos fans didn't feel it was a blowout as it was happening.

The next week, the Broncos traveled to San Diego for an "away" game against the Chargers (I say "away" because I'm almost certain there were more Broncos fans than Chargers fans there. Yikes). They started off the game looking like the Broncos from earlier this season, stretching out a 28-6 lead after a TD to start the 3rd quarter. And then? The Chargers defense shut down the Broncos offense for the rest of the game as the Chargers scored 14 straight and Manning got hit over and over.

The Broncos haven't looked like a dominating team for weeks.

The point of that little history lesson? That the Broncos haven't looked like a dominating team for weeks. If they drop a game at home to the Chiefs, the whispers will start. The doubt will creep in. The confidence will be shaken. And all of a sudden people are going to be talking about how "overrated" the Broncos really were and dissecting how weak the defenses they'd played until the Chiefs are (which is true, but that's for another day).

And let's not leave out the damage to the Broncos fans' collective psyche here. Anyone who has been willing to listen to Broncos fans talk has been hearing the same thing since preseason; we're the best, we're the most talented, we're unstoppable, it's Super Bowl or bust, no one has a prayer, yadda yadda yadda. And every Chiefs fan has heard Broncos fans consistently call the Chiefs the biggest fraud in the league. For most Broncos fans, anything less than a blowout of the Chiefs will make them look foolish. A loss? Yikes.

Sure, this Sunday is a big game. And frankly, I have no idea what's going to happen. But what I DO know is that the worst case scenario for the Chiefs is they end Sunday 9-1 and tied for 1st place in the AFC West (with a rematch coming at home).

This game is the biggest game of the year for both fan bases. But for one team, this game could be the beginning of the end.

It's nice being the team with absolutely no pressure. Enjoy Sunday. Here's hoping for a Chiefs win.