Throughout the week we will talk about all kinds of different things the Chiefs need to do to win the game but everything boils down to this. How can the Chiefs stop Peyton Manning?

He was hit hard and went down briefly in the Chargers game but the early signs are that he is going to be ready to playin Denver on Sunday night against the Chiefs. So expect him to be there.

But how can the Chiefs neutralize him? Do they blitz their minds off and hope to attack him in the pocket? Do they send four rushers and hang back and play the pass?

This is the key to the game. 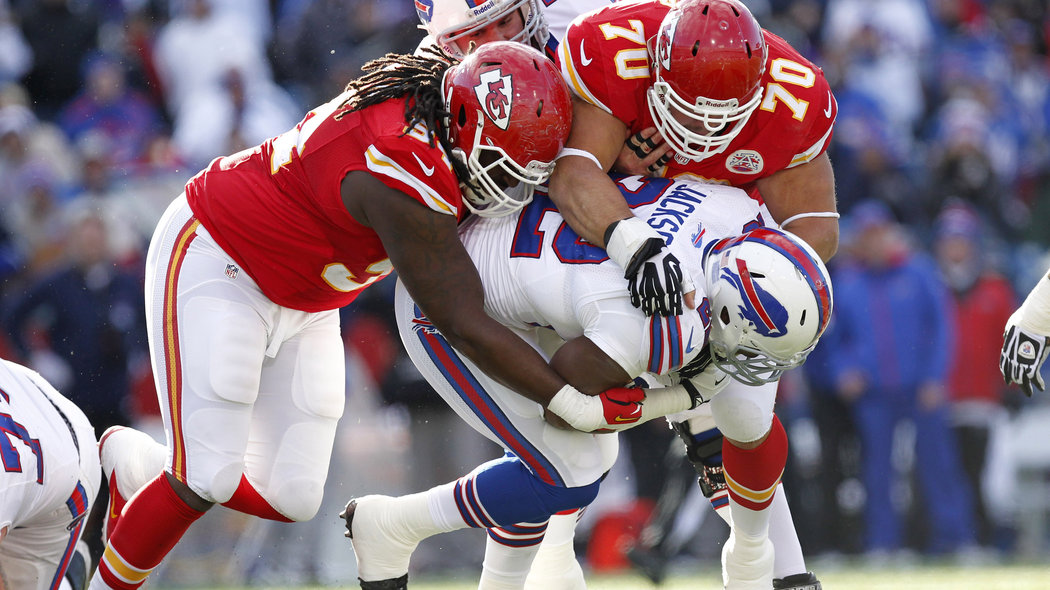 The Chiefs run defense will be a focus this week because their five yards per carry given up are dead last in the NFL. That seems like a problem. And it is, sort of.

Look at the Chiefs rushing numbers. Against the Eagles and the Bills ,they gave up 264 and 241 yards, respectively. Those are the only two games that stand out as bad ones for the Chiefs run defense. The next closest is when they gave up 121 yards to the Raiders. So those two games obviously stand out.

The Chiefs run defense will need to be strong from the nickel. A lot will be asked of the defensive linemen to be on the front line of the run defense.

Will the Chiefs shut this down? Or will the Broncos slowly and methodically use it against the Chiefs?

Where will the turnovers come from?

An interception will need to come from someplace. A tipped ball? Jump a route? The problem with jumping a route is that you leave yourself vulnerable to a big play. Peyton Manning is a smart player and lots of players have unsuccessfully tried to trick him.

How about a fumble? Nick Jacobs went over Manning and how he has been sacked this season. The Chiefs pass rushers -- namely Tamba Hali and Justin Houston -- will both need monster games. Manning has been fumbling more this season than he has in recent years so this is huge.

The Chiefs need to win the turnover battle handily.

Use the third corner wisely 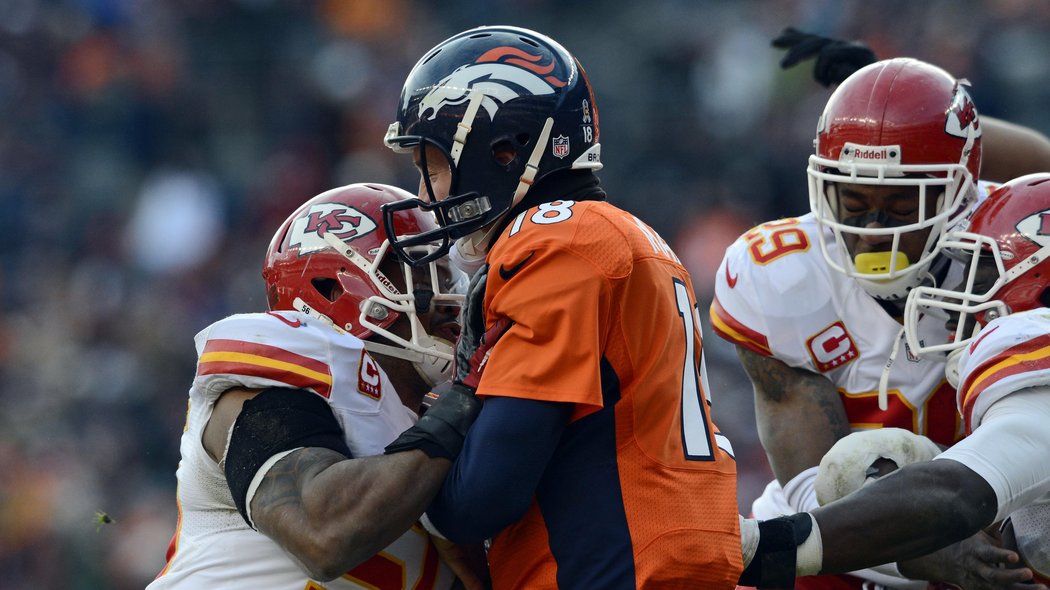 Back in March the Chiefs signed Sean Smith to a free agent contract. He's a cornerback who is over 6'0 tall so we immediately saw his signing as a way to play Eric Decker or Demaryius Thomas. That will be tested next weekend.

Just as important as Smith is the emergence of Marcus Cooper, a third cornerback. Not many teams have three capable corners like the Chiefs do so this will be an excellent test for Manning. I expect Manning to go after Cooper on the long ball. How will he handle it?

Manning is not the athletic quarterback that will run away from you but he is so good in the pocket that he can be just as effective by moving around in the pocket.

The key to this is Dontari Poe. When Hali and Houston come around the edge, Manning will want to step up in the pocket. Poe HAS to collapse that pocket so he has nowhere to go. That is going to be a big part of this game.

The Chiefs defense needs to play their best game of the season on Sunday in Denver, and that's saying a lot given what they've done so far. They will not face a test like this from any other team this season. If there was ever a time to go on the road and make a statement, this is it.