We are back for week two, this time it is Raiders week. This match-up provides less headaches than prior weeks but still challenging. We break down what the Raiders do on both offense and defense, and how the Chiefs should attack.

Share All sharing options for: Raiders vs. Chiefs 2013: Stopping the Oakland Raiders

The Raiders have stayed competitive because of Terrelle Pryor. The Raiders remind me of the Chiefs in their pass protection. Pryor is able to use his feet when the protection breaks down, and that happens on a regular basis. He has a unique ability to keep the chains moving for this offense. He is what makes this offense go and his growth from last year has been impressive.

Pryor is a big, physical and athletic quarterback. He can make defenders miss when he runs. He can escape the pocket if a defense doesn't stick to their rush lanes. Pryor can throw on the run accurately. I was impressed with Pryor's location of the balls. A majority of the time, he put them in a good spot. 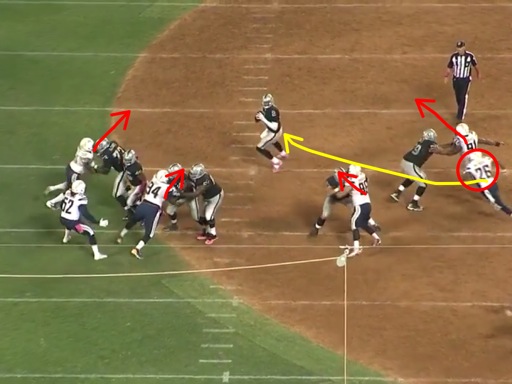 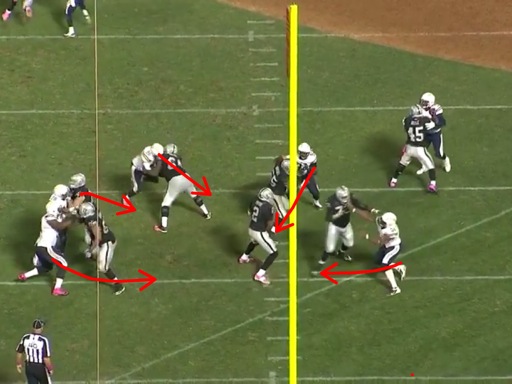 Pryor sets up a lot of stuff in the run game. His ability to run the ball opens up lanes for Darren McFadden, Rashad Jennings and Marcel Reece. The defense has to account for Pryor on every play, which allows some lanes to open up.

The bad news for the Raiders is that McFadden has a hamstring injury. Most expect him to be out until Week 7. Rashad Jennings pulled his hamstring during the Chargers game as well and may miss some time.

The bad news for the Raiders is that McFadden has a hamstring injury.

So that could potentially leave Marcel Reece as the primary option.

Jennings gave the Raiders an element of speed. It was straight-line speed but kept a defense honest. McFadden is a dynamic and physical runner that scores a TD with a small opening. He and Pryor are a nightmare to account for both on every play. The loss of McFadden would be huge. Jennings helped keep the chains moving but wasn't a threat to take it the distance. Reece is a power back. He was able to give the Raiders some tough between the tackle runs but nothing more. 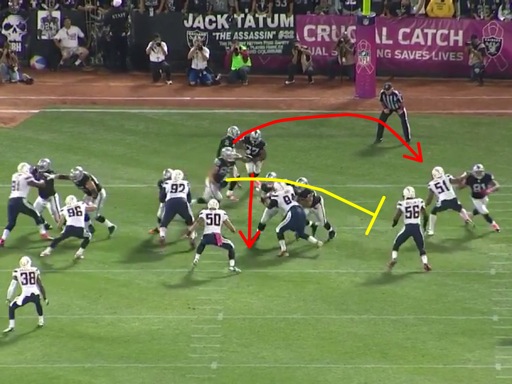 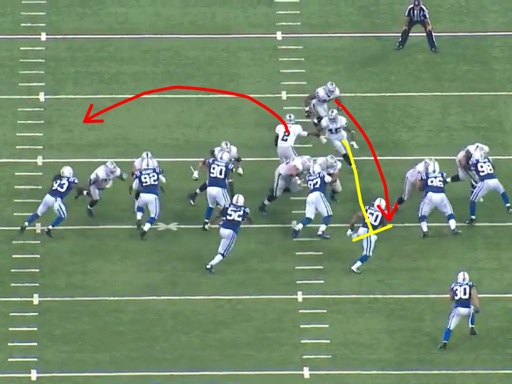 Pryor's go-to receivers are Denarius Moore and Rod Streater. Moore gives them their speed down the field. I like Moore's ability to separate on a go route, his toughness on slants and understanding of coming back for the ball when Pryor is in trouble. Streater is their physical possession receiver. I was surprised I didn't see Jacoby Ford more involved in this offense. Moore and Streater are the two biggest threats. 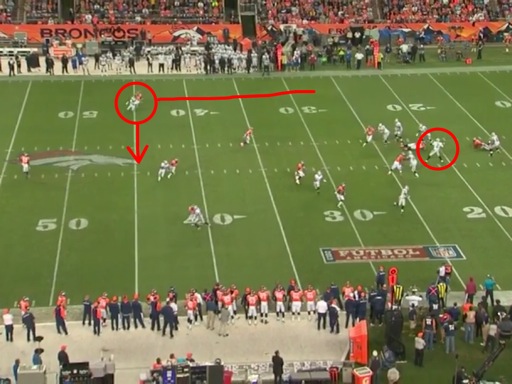 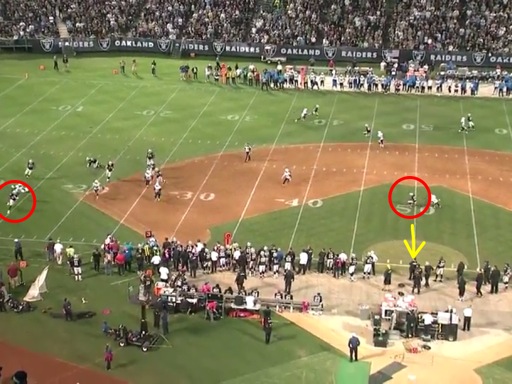 Overall this isn't the tough, physical defense I expected to see in Oakland. The defensive line doesn't collapse the pocket like it did in the past. The linebackers aren't the aggressive and physical hitters they use to be. The secondary is better talent wise but remains undisciplined. The key I found to this side of the ball is the hard count. Teams seem able to get them to jump offsides. The Raiders have a lack of a pass rush and try to get any jump they can. The hard counts seem to be a great way to disrupt them. The secondary seems to play off more than I expected and they can be beat over the top.

I used to marvel at the Raiders ability to collapse a pocket in three seconds with their line. This season looks like the 2003 Chiefs -- no defense. QBs have all day back there if they have a respectable o-line. The team normally needs to try stunts and bring blitzes to force pressure on an opposing offense.  LaMarr Houston is the one player you must account for on a regular basis. He is the last member of that powerful defensive line. 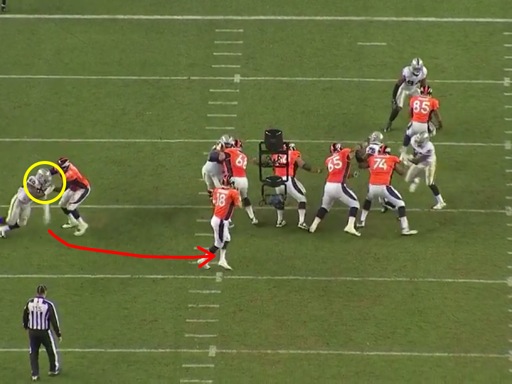 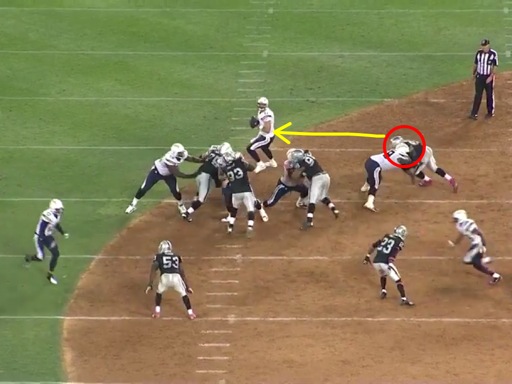 The backer who makes plays is Kevin Burnett. He had a monster game against the Chargers. He is physical in filling his gap. He flies around to the football and he can deliver a hit when needed. You must know where No. 94 is at, he drops into coverage and will disrupt the pass, he can blitz and he can tackle. 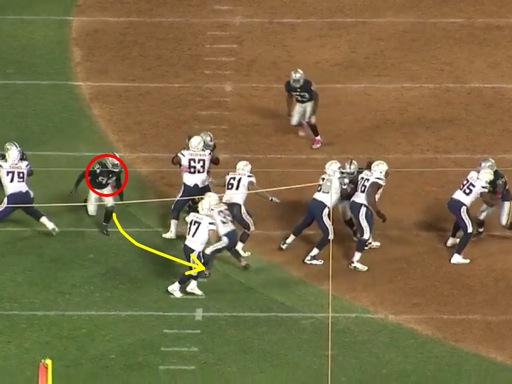 When you hear the names on the secondary, you think, 'Wow that's a good secondary'. Mike Jenkins, Tracy Porter, Charles Woodson and Tyvon Branch. When you watch them in tape, you see why they are in Oakland. The Chiefs faced a much better secondary last week.

there are a lot of YAC opportunities for the Chiefs passing offense.

Woodson is the heart of this defense but he has lost a step. He can be beat over the top. If you take a shot deep, you have a chance to go to the house. Jenkins and Porter both can be beat with the double move on routes. They played off coverage more than I expected. It will be interesting to see if they do that this week. If they do, there are a lot of YAC opportunities for the Chiefs passing offense. 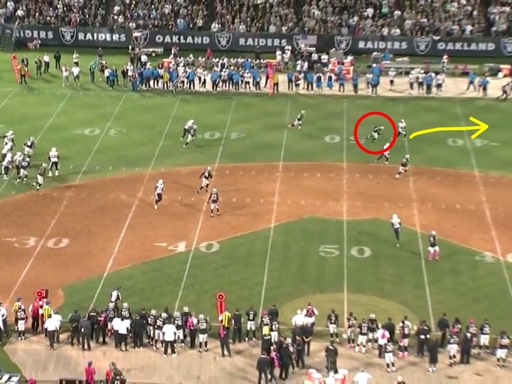 How They Will Attack

The Raiders are going to try and get Terrelle Pryor out on the pocket early. They will try to see how the Chiefs are defending the rush lanes and how they can exploit them. I expect to see them use their option formation to see how KC defends it. And I expect to see them use shotgun as well to get the passing game going between the hashes. If the running backs are out, they will need to use screens with the TE and WRs as their running game when Pryor isn't scrambling. 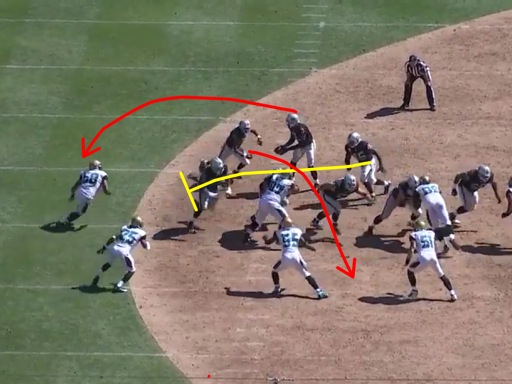 On Defense, the Raiders are going to have to bring the blitz. They will need to disrupt Alex Smith and hit him early. I believe they will be dedicated to stopping Dwayne Bowe and shutting Jamaal Charles down. I think they will stack the box on run plays and dare the Chiefs to throw over the top on them. 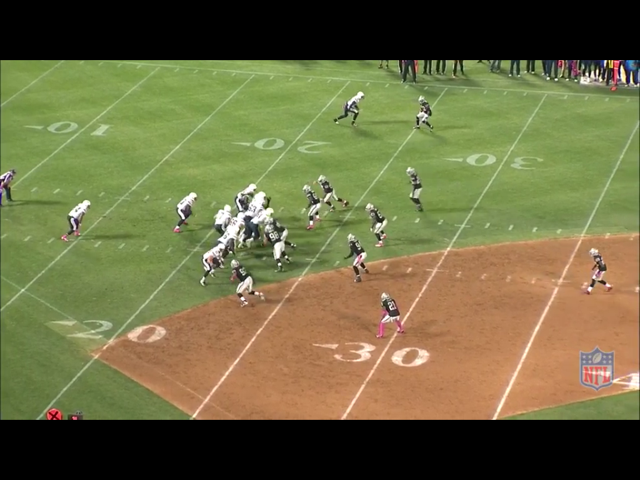 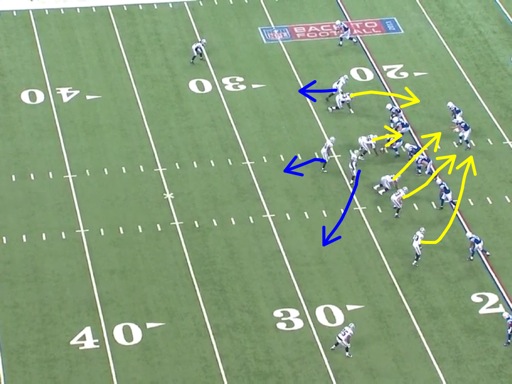