It is not Week 6 in the NFL. It is Raider week.

We're still reviewing the KC Chiefs 26-17 victory over the Tennessee Titans but I must pause for a minute and recognize something we all know:

Every Chiefs fan knows this is more than your usual game. It all counts the same in the standings but the Raiders are the bad guys. The Chiefs are the good guys and the good guys should win. It's only right!

Chiefs head coach Andy Reid is about to experience his very first Raider week, but he's off to a good start.

Watch Chiefs fans do the Tomahawk Chop at LP Field 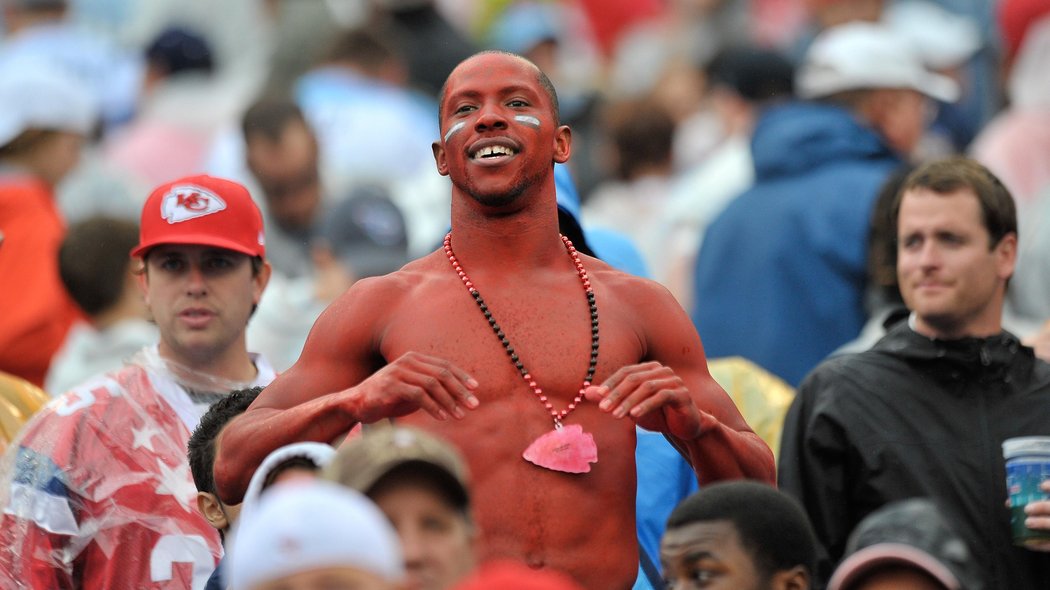 "It is Raider week," Reid said on Monday, less than 24 hours after beating the Titans. "I'm all about rivalries. I got it. It's exciting. I know our fans are going to be completely crazy, I know that. I got it. Our players will be fired up for it. These are special in the NFL.These type of rivalries, man, it gets your juices flowing and gets them flowing early.

"The black and silver, if anyone is wearing it, just be careful."

LOLOLOL!! "Just be careful" ... that is too funny. The real danger in the Chiefs-Raiders rivalry is Chiefs fans in Oakland. Raider fans at Arrowhead are (probably) safe.

"They're aware of it," Reid said of his players and Raider week. "They understand that. I'm not into all that kinda stuff, but you know when you're playing a rival. And it's an AFC West team so that's very important, too. Not that they all aren't but those become very important games. The fellas, they realize that."

A harsh and seemingly impossible reality: the #Chiefs haven't beaten the Raiders at Arrowhead since 2006.

That stat above is why I hope Andy Reid takes the Marty approach to this game. This does mean more, even if the Raiders aren't very good.

The Raiders beat the Chargers early this morning (yes, this morning). The game didn't end until after 2 a.m. (ET) thanks to a scheduling issue with the MLB playoffs. But Reid says he did keep an eye on how they did.