Chiefs' Andy Reid on beating the Titans, Brandon Flowers in the slot, injury updates and more

The Kansas City Chiefs beat the Tennessee Titans on Sunday, moving Andy Reid's record to 5-0 in Kansas City. The KC Chiefs head coach spoke with the media on Monday, one day after the 26-17 victory in Nashville. (H/T 810, who played the presser.)

Share All sharing options for: Chiefs' Andy Reid on beating the Titans, Brandon Flowers in the slot, injury updates and more

"The three takeaways I think were important, the muff being one of those. Being able to come out with points on those, I think we had 13 points on the takeaways. The two turnovers offensively, we have to do better there. We're turning it over a little too much there.

"I can see why the ball got away from Jamaal there the way you see his body got contorted there and he came out healthy, so that's a plus.

After seeing Jamaal's legs bend backwards, I don't even care about the fumble. He walked off. Whew.

"I thought Ryan [Succop] had a good day kicking. He had four field goals and two extra points.

"Defensively, I thought our guys just came out and kinda established an attitude early and even though they were able to kinda get in a little bit of a flow that second half they were able to put an end to that and finish strong. Again, when your defense plays that well, I guess it would be highlighted by the goal line stand. You come out with that type of attitude, that's infectious to everybody. It led to a long drive after that and I thought it helped get the offense going there.

"The interception at the end, we were able to score and then the interception by [Quintin] Demps doesn't necessarily tell the whole story. You see [Brandon] Flowers and the work he did there to cause the ball to be tipped and Demps to work on that. Flowers has been working through an injury, both he and [Kendrick] Lewis have just shown real grit and working through their injuries and fighting to get back on the field and just coming out and playing good hard-nosed football."

What to work on 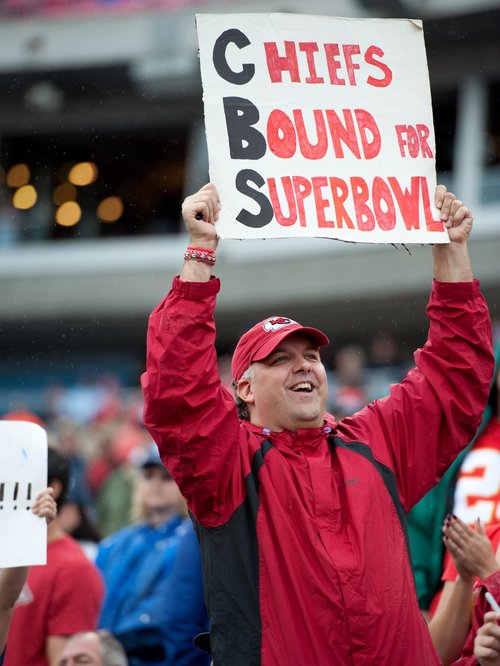 Brandon Flowers in the slot

A tweak to the Chiefs game plan: Brandon Flowers played a lot of slot. He's usually on the outside but that's not what we saw on Sunday.

"You saw early how we did that in training camp where we had the flexibility to use him," Reid said of Flowers in the slot. "He's a really good inside player, outside too, but inside, too. Cooper's been playing well so it gives you the confidence to be able to do that. Brandon's flexibility is the key there. He can do so many things for you and he's so willing. Very seldom when you see guys of his stature and that tough willing to get inside there with those big bodies.

Was this related to his knee injury entering the game?

"It wasn't a load off the knee," Reid said. "It was just what Bob [Sutton] wanted. It wasn't necessarily matchups as much as scheme."

"He's a smart kid and he's got good coaching," Reid said. "He wants to be good. He goes out there very day and doesn't let anything get in the way of him getting better each and every day. He's willing to challenge. You also notice he's a big kid, good size. He's not afraid of matchups."

"He's gotten it going at he right time," Reid said of Bowe. "Teams put a lot of emphasis on him early.with coverage and then we work our way through and make sure we see what they're doing and all of a sudden we get them going with the calls and then he does a phenomenal job with it. You saw a couple of those, you saw people settling underneath him to give up the flat and so on. That's how they honor him and you just keep dialing him up as often as you can to get him the ball because normally good things happen when he has the ball."