Share All sharing options for: Kevin Brock released by the Kansas City Chiefs

The Kevin Brock era is over in Kansas City. The KC Chiefs have cut the 27-year old tight end, according to today's list of NFL transactions. Brock will hit the waiver wire as all players cut after the trade deadline do.

Brock spent the offseason with the Chiefs before being released prior to the start of the season. He was brought back to the team after Anthony Fasano and Travis Kelce both fought through injury issues. Anthony Fasano returned to the team last week so Brock's roster spot wasn't so secure. 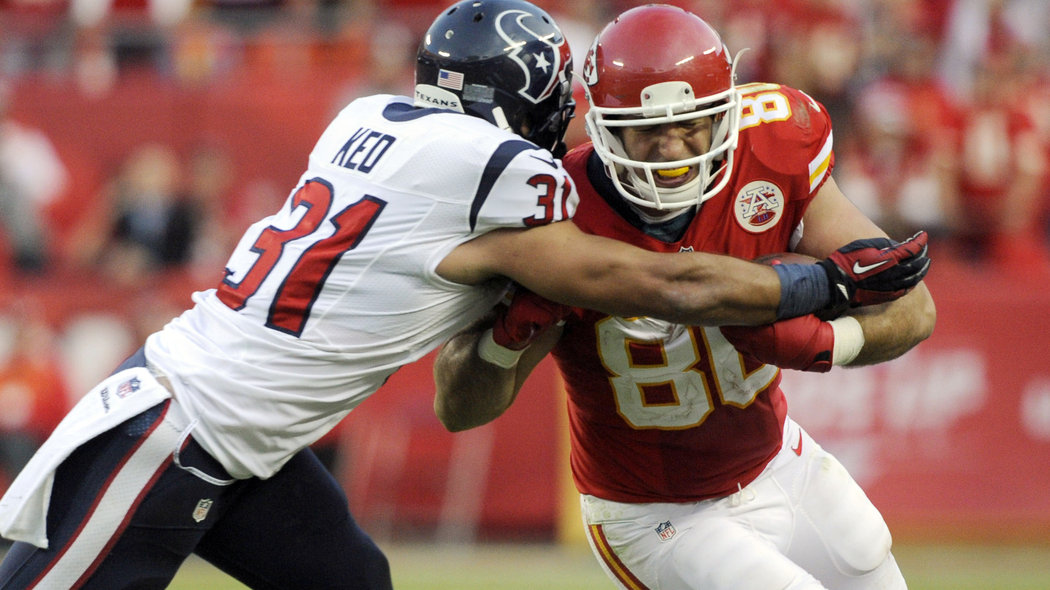 Brock, who had three receptions for 36 yards in four games for KC, fulfilled a role with the team as a reserve tight end while Fasano was out but now that Fasano's back there's not much room for him. I take this as a good sign for Fasano's health moving forward, but I would also bet Brock's number is kept on speed dial in case any other tight end injury issues pop up this season.

This means that the Chiefs now have an open roster spot. I wonder if they will use it on Sanders Commings, who was placed on IR-designed to return and is now eligible to return to the active roster. Commings is a fifth round pick out of Georgia that the Chiefs drafted last April. Tuesday is also free agent workout day in the NFL so it's also possible the Chiefs worked someone out that they like.

We shall see soon who they signed to take Brock's place.