Nick Jacobs (@Jacobs71) is back for Week 8, Chiefs vs. Browns. It has been an interesting ride so far in the Kansas City Chiefs season. Very few people would have anticipated the Chiefs would be the lone unbeaten for the third time in the past decade. Now can the Chiefs make it 8-0?

The Browns offense will look very familiar for Chiefs fans. They run a majority of plays out of shotgun with three and four wide receiver sets. Cleveland doesn't have a very strong run game. The Browns lack dynamic runners from this style of offense. The offensive line has two very talented players and struggles in pass protection. They like to run a lot of crosses, dig routes, out routes and test out the deep ball once they have gotten into a rhythm.


Brian Hoyer was perfect for this style of offense. Hoyer was decisive, got the ball out within three seconds and wasn't bad at reading a defense. Hoyer was a mobile quarterback who could escape the pocket and had solid wheels.

With his loss (torn ACL), the offense has stumbled. Brandon Weeden has taken over and has been extremely inaccurate. He will throw the ball out of bounds on an out route. He will throw it over the receivers' head by a solid three feet or more on a corner route. Weeden lacks touch and accuracy. He responded well with a couple of deep ball shots against the Bills when Hoyer went down. But he hasn't been the same QB since.

I honestly think Weeden needs glasses and isn't seeing down field very well. Weeden lacks athletic ability in the pocket and can't take off to scramble. He is a sitting duck back there. Weeden faltered under pressure when the heat came at him.

If Weeden is on a short leash or doesn't get the start, the Browns will turn to Jason Campbell. [Update: Browns announce it's Campbell starting.] Campbell doesn't fit this offense. I don't understand why the Browns signed him. He doesn't have much of a deep ball or accuracy for this style of system. Campbell is slow moving around in the pocket. The only time he looks comfortable is in play-action passes. I expect either QB to have a long day in Kansas City. There will not be a Case Keenum repeat this week. 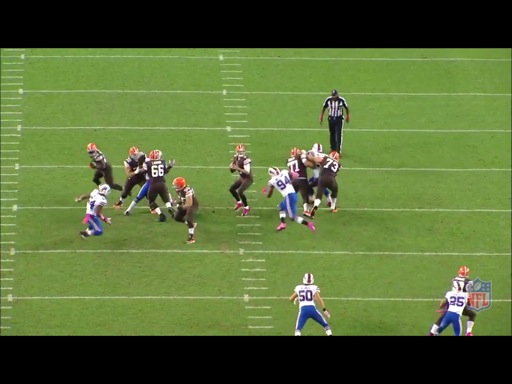 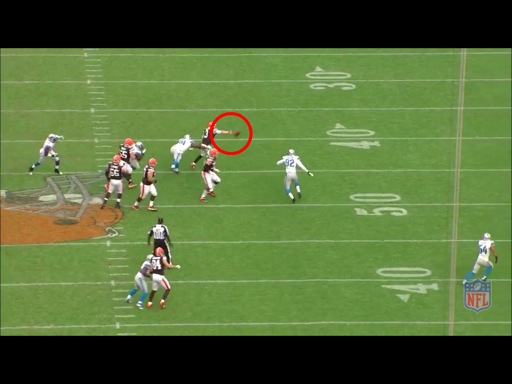 After I watched his tape I understand why the Browns got rid of Trent Richardson. He was slow as molasses in this system. Richardson couldn't help them with pass catching out of the flats. He was slow on off tackle plays and had little finesse to him.

Willis McGahee is on his last leg. He no longer has the explosiveness that he did in Buffalo, Baltimore or Denver. He is a veteran who understands how to hit the hole, but he won't get you an explosive play. Chris Ogbonnaya is their go-to out of the flat. He has good speed for the system and can make backers miss in the flats. Fozzy Whittaker has started to see an increase in his carries but doesn't look completely comfortable in the system yet. I don't see a home run hitting threat from this stable of backs. 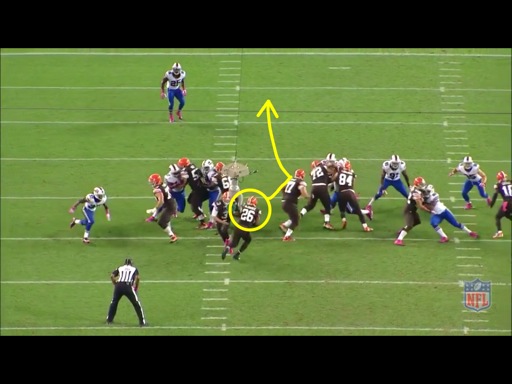 Collectively the Browns are sacked in their receiving options.

Josh Gordon has good speed, he runs solid routes and catches the ball well. He is a huge threat on screen plays. Unfortunately the team doesn't have a quarterback who can take advantage of his skills. Greg Little is their second go-to wide receiver. Little has a habit of dropping passes. Davone Bess is one of their more reliable receivers in clutch situations. They seem to find a way to get him the ball over the middle on crosses.

The real threat on this team is Travis Benjamin. He is one of the fastest receivers I've watched on tape this year. I believe he is lightening quick compared to Kendall Wright and DeAndre Hopkins. They utilized him on screens and if he has a clean alley, he will take it the distance. He can also be effective on reverses.

The last star of the bunch is the tight end Jordan Cameron. He is a mismatch for defenses. The Browns have done a good job of getting him into mismatches against backers and safeties. Cameron is a star in the making with a better quarterback. 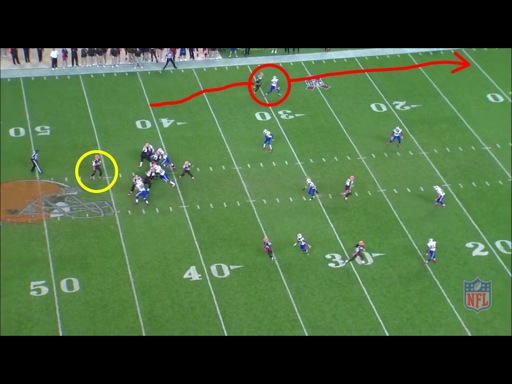 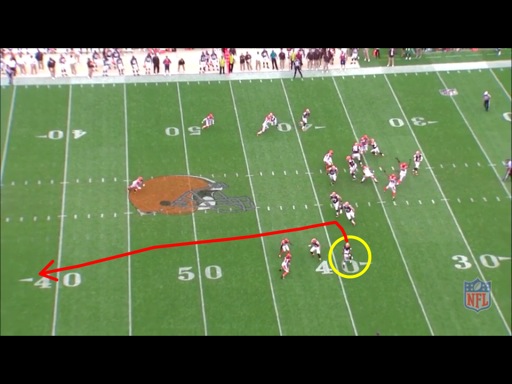 The Browns have a physical run defense. They like to run a lot of run and zone blitzes. This football team prides itself on stopping the run. The problem with that is they expose themselves in play-action and on passing plays. Overall the team doesn't have a dominant pass rush, but they are really good against the run. Cleveland doesn't have the athletes Dallas or Houston did but running on them will be tough all day. The biggest weakness of this defense is the scrambling quarterback. Ponder ran all over this team. 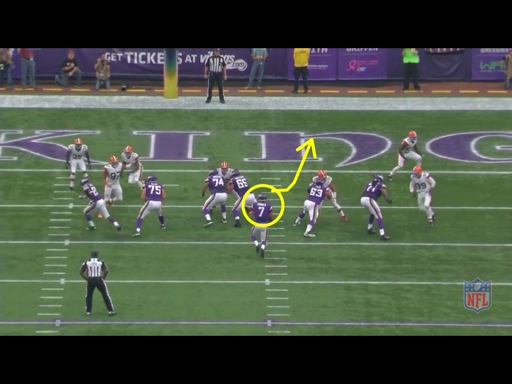 The start on this defensive line is the nose tackle Phil Taylor. He is a monster to block and a big reason their linebackers are able to flow on run plays. Taylor can get after the quarterback in one-on-one blocking. Desmond Bryant comes from those infamous Raiders defensive lines the Chiefs have played against the past couple of years. He brings over that physical mentality. The two of them are very stout against the run but don't collapse the pocket as much as I thought they would. 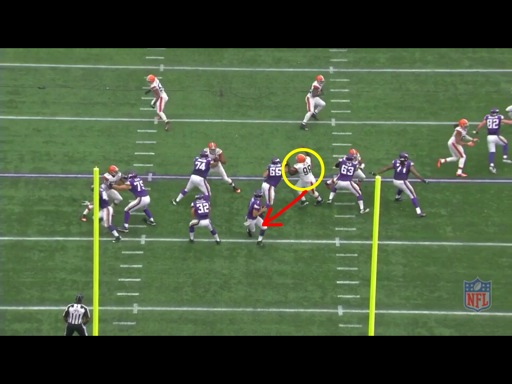 This is one of the better groups in the league. Their big free agent splash, Paul Kruger, is a solid pass rusher but doesn't have a ton of help. The other star is D'Qwell Jackson. He has good sideline-to-sideline range and aggressive at attacking the line of scrimmage. Jackson is always looking to pop the ball out so you need to protect it around him at all times. Craig Robertson is the player most teams isolate and pick on. The Lions used their tight ends against him. The Packers this past week isolated him against Finley, who was having a field day on him before the injury. Robertson isn't very skilled in coverage and can be exploited by tight ends and running backs. Lastly, Jabaal Sheard and Barkevious Mingo rotate at the ROLB spot. Neither jumped out to me on tape. 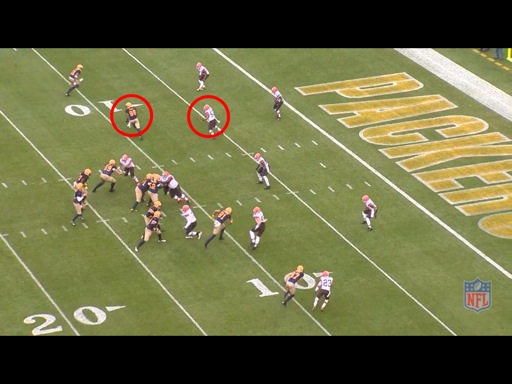 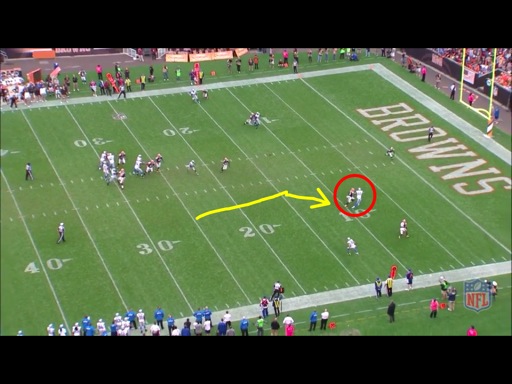 The biggest name in this bunch is Joe Haden. Haden is a shutdown corner for the most part and I don't expect many catches from the receivers he is covering. Haden is willing to gamble on occasions for the big play but he rarely gets beat. Buster Skrine is the corner you want to attack. Teams have isolated and exploited him almost every week. The double move is a struggle of his. TJ Ward is a big help for their run support but can be a liability in the passing game. 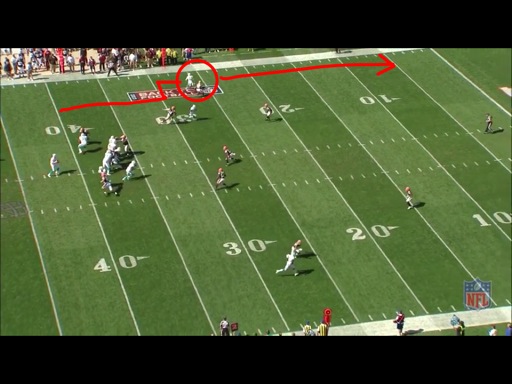 On offense, the Browns will need attack the Chiefs with screens and reverses early. Benjamin and Gordon will be their keys to getting this offense going. Weeden will need to get the ball out quick. I expect them to try and setup a run game with little success. Their offensive line will struggle with Devito, Poe and Jackson.

On defense, the Browns will be twist and run blitzes and use zone blitzes to disguise their coverage. The Chiefs will need to use play-action early and Alex Smith's feet to open up their run game. The Chiefs will also need to isolate Craig Robertson against Jamaal Charles and Anthony Fasano.

The Browns have used a fake punt this season. They attempted a fake field goal and threw to Jordan Cameron for a TD pass. Expect the unexpected with this special teams. Travis Benjamin can cause serious headaches if you don't contain him. Most teams have directionally kicked it but don't stay discipline in their lanes and allow him to run across field for huge yardage. Either kick it inside the 10, out of bounds or pin him in. He is more than capable of taking it the distance. 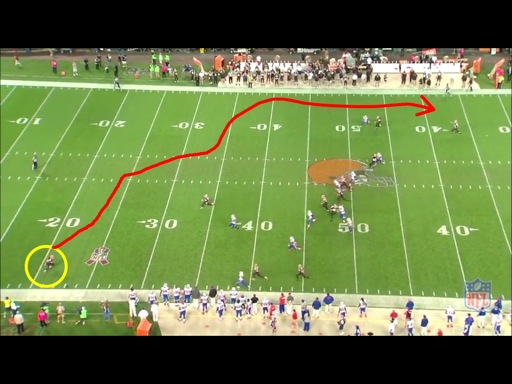 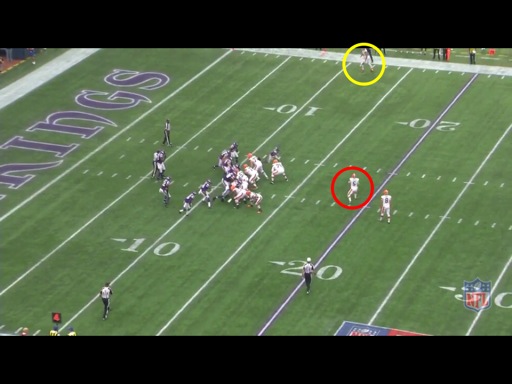 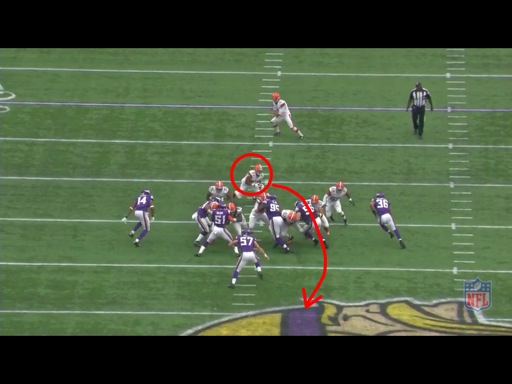 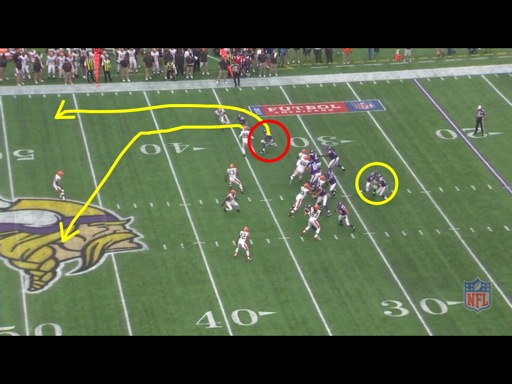 The Browns are building a talented team but just don't have all the pieces to succeed yet. If they can pressure Weeden early, I like their chances to end this game quickly.