Time to alter expectations for the Kansas City Chiefs

The Kansas City Chiefs are 7-0. They have an elite defense. The target is now on their back. Time to raise the bar.

Share All sharing options for: Time to alter expectations for the Kansas City Chiefs

Coming into the season, I had what I thought were high hopes for the Chiefs. New coach, new quarterback, a decent free agent class ... the time seemed ripe for a turnaround. The national media caught on to that as well, and the Chiefs were everyone's sleeper during preseason (although that seems to defeat the purpose of being a sleeper, but whatever).

Those "high hopes"? 10-6, sneak in with a Wild Card berth, maybe steal a playoff win on the road. That was as high as I (or anyone else) dared dream for this team, and even that expectation seemed a little Kool-Aid drenched.

To hit that "overly optimistic" record, the Chiefs would have to finish this season 3-6.

7-0 calls for an adjusted mindset. We're not the underdogs anymore.Sure, the media at large is going to obsess over the Chiefs schedule and claim the team is a fluke to an extent. But do you really think the Cleveland Browns care even a little about whether the Chiefs have a "soft schedule?" Absolutely not. They see a chance to knock off the last undefeated team in the NFL. 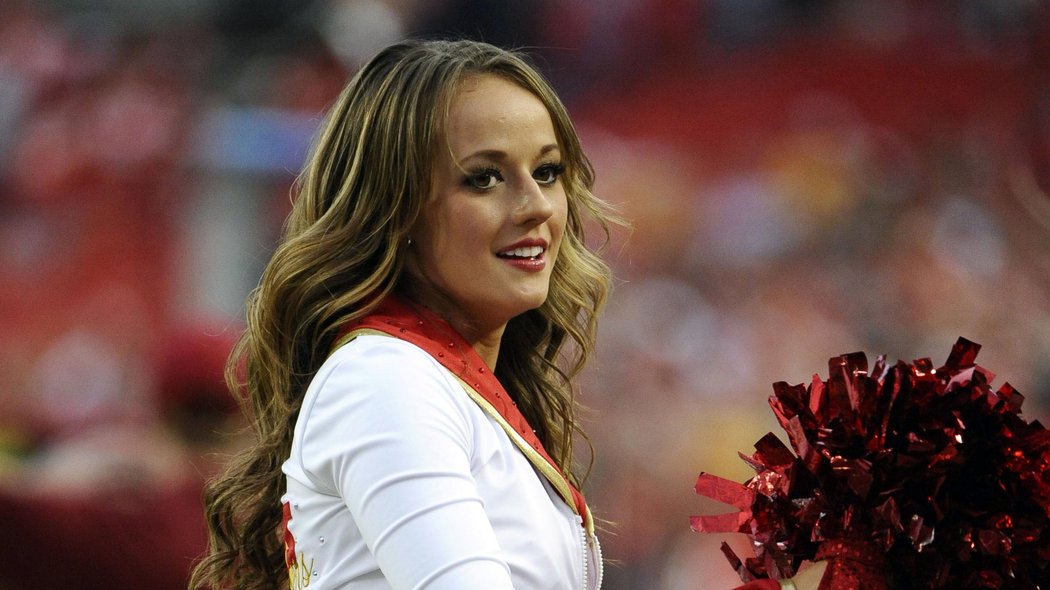 The Chiefs are no longer just another opponent. As of right now, the Chiefs are a trophy buck. The giant stuffed animal that no one has ever won at the amusement park game. We are Mike Tyson in Punchout. The No. 1 ranked champ. Which means every team the Chiefs face is going to bring their best game.

The Chiefs haven't been in this position in a decade. The last couple playoff appearances the Chiefs were the upstart team that kinda / sorta lucked its way into the playoffs. At no point after Week 4 in 2010 did anyone say, "Hey, the Chiefs might be the best team in football." That conversation is being had now (granted, most are still unbelievers outside of Kansas City).

And frankly, that praise is due. The Chiefs have every right to be considered contenders at this point. And no, I don't just mean playoff contenders. That was, like, so yesterday's dream.

I've held off. I really have. But it's time to ask the question: Is this a team that can go to the Super Bowl?

(Quick side note. I'm well aware that this will turn into a gigantic fight over Alex Smith. Which is unfortunate. But there's nothing I can do about that. So everyone caps lock and get on your way to the comments section).

Let's talk about the elephant in the room right away.. The Chiefs offense, to this point, has not been that good. But the hand-wringing is a little overwrought. To hear those who think the offense will prevent the Chiefs from making a deep playoff run, you'd swear the team was averaging 16 points a game or something.

Instead, the Chiefs currently are tied at 12th in the NFL with 24.1 points per game. And let me head you off right now by saying it for you; "That's not all offensive points! It includes defensive and special teams scores!!!!"

All right, all right, how about I take that argument seriously for a moment. The Chiefs have had five touchdowns scored by the defense or special teams units this season. So take away 35 points and the Chiefs sit at 19.1 points per game. Is that good? No. Would it still keep the CHiefs close to the middle of the pack offensively? Actually, yes. At 19.1 PPG, the Chiefs would be tied at 24th in the league in scoring even if you allow every other team to keep its defensive and ST touchdowns.

So I ask you ... is that THAT bad? So bad that it's literally going to be a crutch that prevents the Chiefs from making a run? 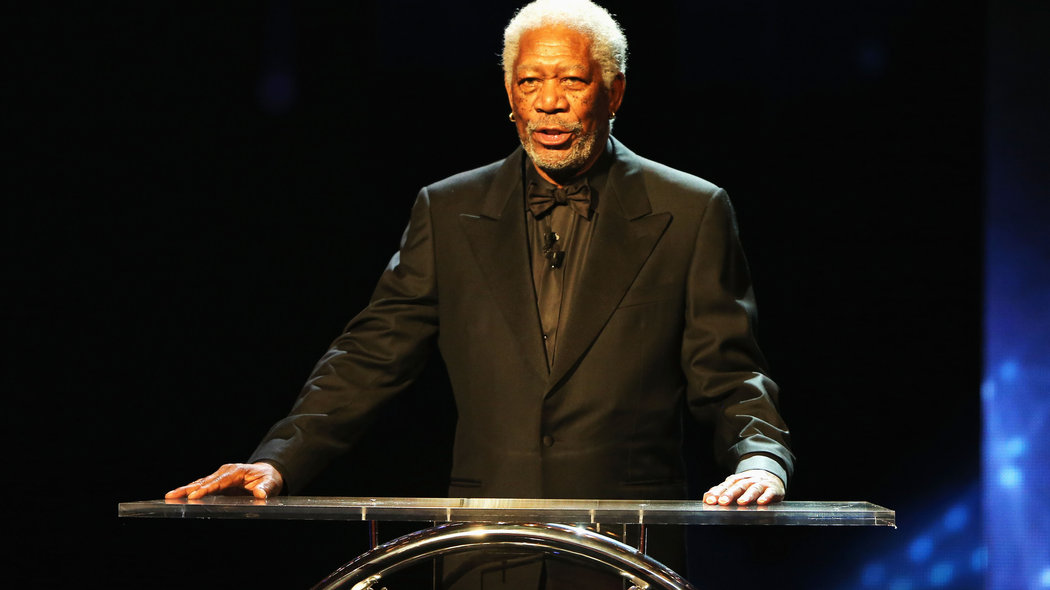 And taking that 19.1 aside ... when did defensive and special teams scores stop counting as much as offensive scores? The TEAM scoring mark is above average. Team. As in every facet.

It's not as if it's just a fluke that the defense has put points on the board. The defense is fantastic, and the way in which they play creates scoring opportunities. It's not a fluke. Same with the return game. Dexter McCluster has shown that with decent blocking he's a very good returner (one of my favorite things is how few fair catches he makes. He might only get an extra 3-4 yards when he does that, it kills his average, but I love it).

In short, the TEAM scores at a clip that's slightly above average. And that's with the offense playing uneven football and with an o-line that's been playing poorly for the most part. It's very unlikely the Chiefs have peaked as an offense, and that's a good thing.

Two final notes for those who believe the offense will be an anchor...

First, the Chiefs managed three separate drives of 80-plus yards Sunday against the best defense they're going to play this year, while having only two three and outs. The Chiefs left some points on the field (not too many, seeing as Anthony Fasano definitely broke the plan with the ball. But whatever. Stupid refs), but there was success against a defense that I seem to recall many believing the Chiefs wouldn't be able to even score a touchdown against.

Now, there are issues that need to be addressed. Alex Smith has overthrown a few deep passes that would have been six points this year (this last week it was Jamaal Charles, who had absolutely torched the covering LB). The receivers have had a bit of a drops issue at times. But the raw material is there.

Looking at the game the offensive line played against the best defensive line they'll face (and it's not even close), it's crazy to believe the offense has hit its ceiling. O-line play has been the biggest issue on the offense to date. What if that line play becomes "average?" There's a strong case to be made after Sunday that the o-line hasn't had a talent issue. It's had a youth issue.

You can point to Sunday and say, "17 points won't get it done," and to an extent you'll be right. But don't just look at the box score. The offense showed marked improvement Sunday, and there's no reason to believe it's peaked.

Second, the Chiefs offense answered the call when it was needed the most. After a 2nd half in which the defense dominated and the offense mostly sputtered, it's easy to forget what the Texans game felt like early on. Allow me to remind you. Here's what the Texans first three drives looked like.

Ugly, no? While the punt at the end of that third drive seems somewhat encouraging, it's worth noting that because the D allowed the Texans to move the ball from their own 10 to into Chiefs territory, they were able to pin our offense at the three yard line (I hate you, Shane Lechler). It's probably as bad a trio of series as the defense has had all year.

If I had told you the Texans would have 10 points one play into the 2nd quarter, you'd likely think the Chiefs were in trouble. Instead, the offense had marched the ball down the field 82 yards for a touchdown on the second possession, so the game wasn't at all out of hand.

The focus for me, though, is the 4th possession. Down three. The defense has been allowing yards at a staggering rate compared to what we're used to seeing. The Chiefs have been pinned back on our on three yard line. A false start makes it 1st and 11 from the two yard line. This is where the Chiefs "weakness" should get exposed, right? The defense has failed to carry the team, and the Chiefs are screwed. 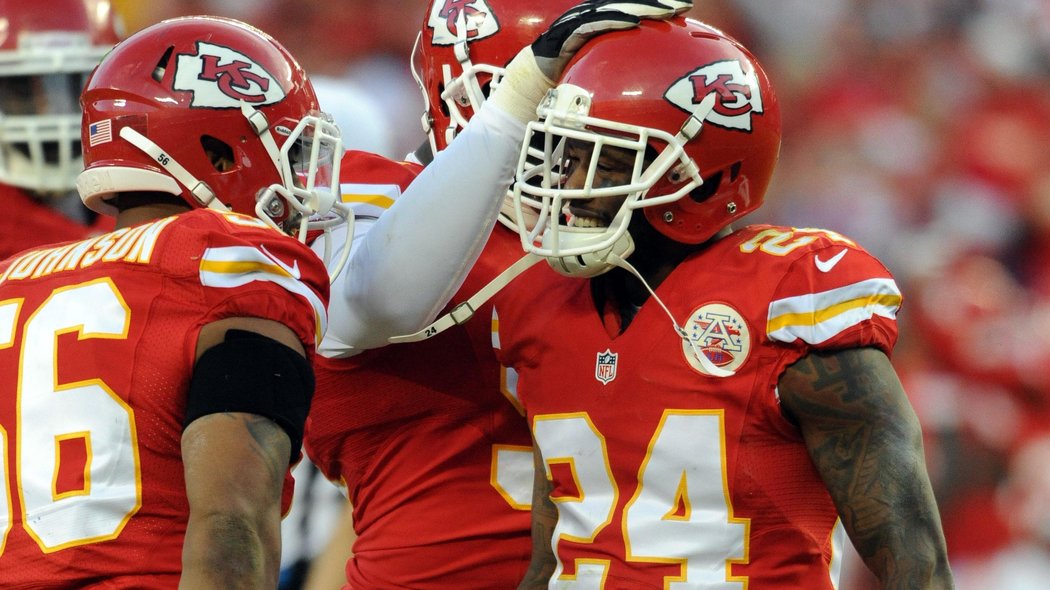 Unless, of course, the offense goes 98 yards (with our QB going 8 / 9 for 76 yards) and scores a touchdown to put the Chiefs ahead by four.  But that could never happen with such an awful weakness on offense ... right?

I suppose one time could be a fluke. The thing is, this is the 2nd time the offense has come through in tough situations when the defense wasn't doing the heavy lifting.

Remember the 4th quarter of the Eagles game? I've spoken about this in detail before, but here's a quick reminder... LeSean McCoy had just busted loose for a 40-plus yard touchdown, bringing the Eagles within one score of tying the game. On the ensuing kickoff, a Dex miscue leads to the offense getting the ball on the five yard line. The Philly crowd is freaking out.

Does this sound familiar? The defense uncharacteristically struggling a bit, the offense backed into a corner in a tough spot, all the momentum against the Chiefs ... man, this seems like a story we've heard before.

And the offense came through there as well. There was no touchdown this time, but a 15-play, 75 yard drive that bled eight minutes and 15 seconds off the clock and effectively killed any realistic shot the Eagles had at a comeback.

Those are the two times this season the defense has genuinely needed some help from the offense. And both times, the offense has come through in the clutch. I don't know about you, but I don't view an offense that comes through when it's needed as some kind of terrible weakness. Those who drool over Eli Manning's "clutch-ness" should also recognize that trait when it comes to the Chiefs offense.

Being "good" is a goal that's already been conquered. Time to think about being great.

Does it need to get better? Yes, and it took a step forward on Sunday. But to totally ignore the contributions the offense has made to the Chiefs 7-0 record (I firmly believe if the offense folds against the Eagles the Chiefs lose that game), we're doing a disservice to a group that HAS come through when it's mattered most.

Of course, you and I know the offense isn't what has the Chiefs in the discussion as a contender. All the offense needs to do is be good enough. Because the defense is...

Well, I'll get into that next time. Because the defense is good enough to win a Super Bowl. Especially one that won't be in the QB-friendly confines of a dome. But that's for next week.

For now, it's enough to know that the way the Chiefs are viewed is changing, and it's time for us to start viewing them differently as well. Being "good" is a goal that's already been conquered. Time to think about being great.