NFL power rankings, Week 8: Are the Kansas City Chiefs the No. 1 team in the NFL?

Welcome to NFL power rankings day, Week 8 edition. The KC Chiefs have a legitimate claim to the No. 1 spot in this week's power rankings, which is something that's been a long time coming. The best defense in the NFL can reasonably claim the top spot in power rankings. Vote in our poll below and wait for the power rankings to come out. And make sure you check out SB Nation's official power rankings.

Share All sharing options for: NFL power rankings, Week 8: Are the Kansas City Chiefs the No. 1 team in the NFL?

The 2013 NFL power rankings for Week 8 should be fun. A LOT of fun. That's because the Kansas City Chiefs will be listed No. 1 on some power rankings. The point of playing a football is to win and the KC Chiefs have done that better than any team in the league this year.

The Chiefs should be ranked No. 1. They probably won't be. But they should be. Despite what others think...

So, who's gonna be the one brave/stupid enough to put the Chiefs No. 1 on their power rankings because they're the only unbeaten?

If having the best offense is a reason to rank Denver No. 1, which nearly everyone has this season, then having the best defense is a good enough reason to rank the Chiefs No. 1. Let's forget about whether or not the Chiefs can keep this pace up and just focus on what they've done. The defense is playing at a level comparable to the great Super Bowl teams of the past. I'm talking about the 2000 Ravens and the 1985 Bears. Sure, it's only half a season but that's what they're doing.

Teams have won Super Bowls with a defense of this caliber. I'm just sayin'...

Strength of schedule, luck, QB performance, blah blah blah ... the point of the game is to win. Herm Edwards made this crystal clear for us. The Chiefs are the best team in the league right now at winning. 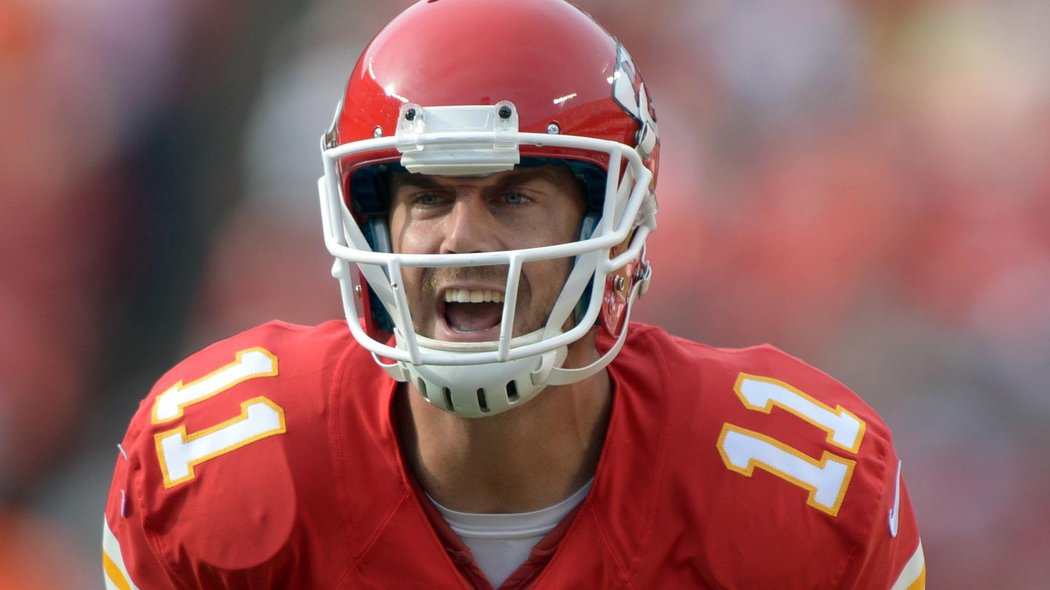 I don't care about the strength of schedule argument because A.) it's really dumb and I'll cheer my undefeated team how I want and B.) every NFL team is good. That's why you see a team like the Texans, quarterbacked by a third stringer in Case Keenum, still only be a touchdown underdog at Arrowhead Stadium. That's why Green Bay, with one of the best quarterbacks in the game, is just a touchdown favorite against the Vikings, who have a new quarterback in Josh Freeman. The talent level on all NFL teams is so close that we're talking about a difference of a few points. So forget strength of schedule.

Even if the Chiefs aren't No. 1, rest assured knowing this season has brought perhaps the greatest GIF in Internet history.

Other teams in consideration for No. 1:

Broncos: Yeah, yeah, everything I just said. They're still really, really freakin' good with the best quarterback in the game.