Not only did the KC Chiefs beat the Houston Texans on Sunday, but veteran tight end Anthony Fasano returned after a month-long absence. Herbie Teope of ChiefsSpin.com checks in on Fasano's progress in his first game back.

Share All sharing options for: Anthony Fasano's impact felt in his return to the Kansas City Chiefs

Chiefs quarterback Alex Smith dropped back to pass early in the fourth quarter on second-and-goal from the Houston Texans' 7-yard line. He found tight end Anthony Fasano in the middle of the field for a completion, but Fasano was ruled down at the 1-yard line.

The Chiefs challenged Fasano broke the plane, but the call was upheld after review. Kansas City would eventually turn the ball over on downs after failing to convert on fourth-and-goal.

When asked in the locker room after the game if he scored on that play, Fasano offered laughter and a grin before giving a diplomatic response. 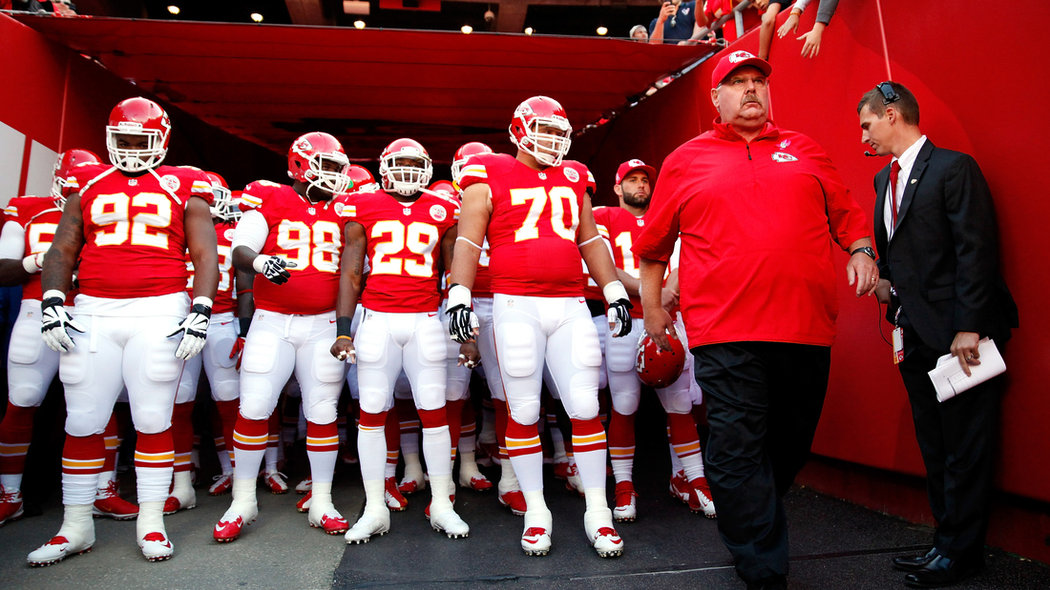 "It was tough to see on the replay," Fasano said. "It's tough on the officials - they have the best point of view in the booth - it was tough."

Still, having Fasano in a position to potentially score a touchdown has been a long time coming.

Sunday's 17-16 win against the Texans was the eight-year pro's first action since he suffered an ankle injury in Week 2 against the Dallas Cowboys, but he's happy to be playing.

"It was definitely great to be back," Fasano said. "The crowd, the atmosphere, it was awesome. Some things I would like back, but I hope I added a little bit of value and it was a great team win."

Fellow tight end Sean McGrath was also thrilled to have his teammate on the field.

"He's been killing it in the rehab getting with the trainers, who did a wonderful job of getting him back and ready to play," McGrath said. "He didn't skip a beat. He came back, did his job and you saw what the end product is when you get a couple of tight ends in there, give different looks to the defense and we're rolling."

Meanwhile, it's no secret the tight end position has an important role in coach Andy Reid's version of the West Coast offense.

The Chiefs likely envisioned Fasano, who signed a free-agent contract during the offseason, and rookie tight end Travis Kelce to be contributors to the system. With Fasano missing time and Kelce (knee) on injured reserve, McGrath and Kevin Brock stepped in to fill the void admirably.

But having a veteran like Fasano back in the lineup provides Reid and offensive coordinator Doug Pederson options in the passing game. Moreover, Fasano should help the offense in other areas as the season progresses.

While Fasano wasn't directly involved in a converting play, the Chiefs were good on 7-of-15 third down attempts against the Texans after going 1-of-12 and 4-of-14, respectively, on third downs during the past two games.

"He did a great job," Smith said of Fasano's overall performance. "Coming in tough on an ankle like that - and the knee - and not just in the pass game, he had to execute in the run game and push around big guys. I thought he did a great job."

On the game, Fasano caught four passes for 27 yards on five targets. The numbers are far from jaw-dropping production, but two of the targets came inside the red zone.

The first came on an 11-yard catch on a second-and-9 play from Houston's 12-yard line during the Chiefs' second possession of the first quarter. Running back Jamaal Charles would punch it in from 1-yard on the next play.

The second came on the debatable touchdown that wasn't a score, a play Smith wasn't sure if the officials made the right call.

"I thought he did," Smith replied when asked if he thought Fasano scored. "I don't get to make that call though."

In the meantime and considering the lost four weeks, it's safe to say Kansas City's offense can rely on Fasano going forward as the unit continues to seek improvement.

Fasano came out of Sunday's game unscathed and he's back in a place where he won't be frustrated; on the field contributing with his teammates.

"I've never been injured for that long," Fasano said. "The fans were so supportive in a tough situation. This team is going to move on and do great things and I'm happy to be a part of it in the future."