The Kansas City Chiefs held on to beat the Houston Texans, 17-16, on Sunday afternoon at Arrowhead. The Chiefs defense played a solid game once again as Case Keenum, filling in for Matt Schaub, looked pretty good. But the Chiefs timely offense along with their sacking and fumble-forcing defense was too much. Chiefs move to 7-0 on the season.

A false start pushed the Chiefs back to 3rd-and-12, which they couldn't convert.

Dwayne Bowe was targeted twice on the drive. He caught one for six yards.

Only a 32-yard punt from Dustin Colquitt.

The crowd noise became much louder once the defense hit the field.

Case Keenum lined up in the pistol to start the game. 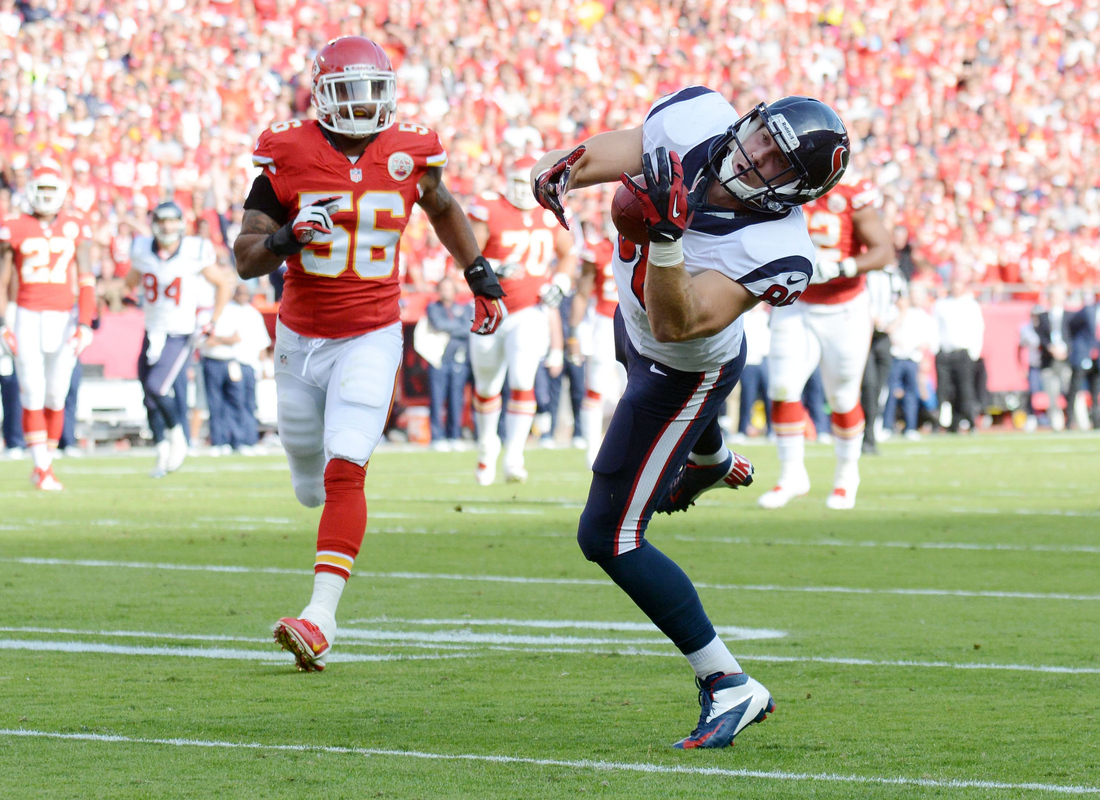 Keenum passed to Andre Johnson for 11 yards on a 3rd-and-10. The refs gave them a very generous spot on the play, giving them the first down.

Alex hit Bowe for a 21-yard catch. Bowe was wiiiide open but fell down after making the catch, limiting his YAC.

The Texans were hit with a 15-yard penalty for hitting the QB below the knees.

Jamaal made multiple defenders miss on a 14-yard run down the left sideline.

Welcome back, Fasano. He caught a pass that brought the Chiefs to the 1-yard line.

SCORE: Jamaal punches it in from a yard out. 7-3, Chiefs. 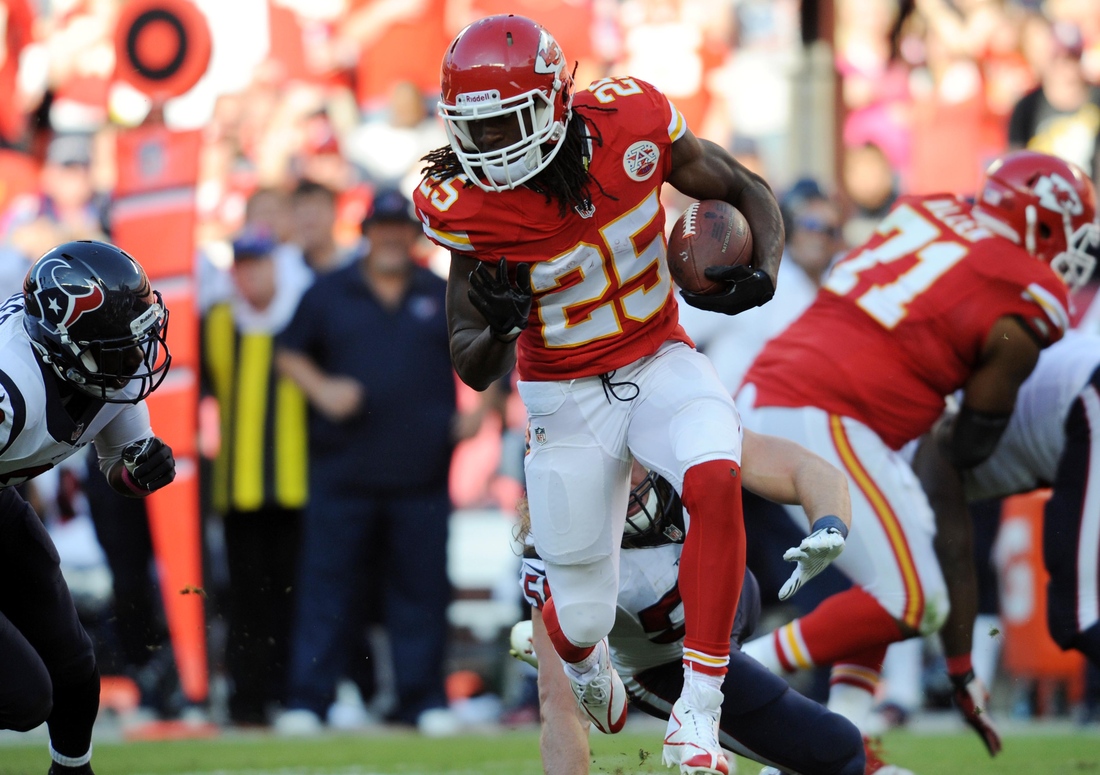 Arian Foster has a hamstring injury and is out of the game.

SCORE: Keenum found DeAndre Hopkins in the end zone for a 29-yard touchdown.

Jamaal had another 10-plus yard run.

Great special teams tackle by Husain Abdullah on the return. The returner had a lot of open space after Dustin Colquitt's 63-yard punt, which is the longest punt of the season for him.

Started on their own 10-yard line.

Andre Johnson had a terrific catch up the middle of the field for 26 yards. He just straight up beat Flowers in coverage.

Chiefs got fortunate with a holding call, which moved the Texans back 10 yards. That forced Keenum to pass, which resulted in DJ coming up the middle unblocked on third down and Keenum throwing it away.

The Texans also pinned the Chiefs inside the five-yard line on the punt.

The Chiefs drive started on their own 3-yard line with 7:18 left.

The Show! D-Bowe catches a slant, immediately hit in legs and does a full flip. Stands up and signals first down! 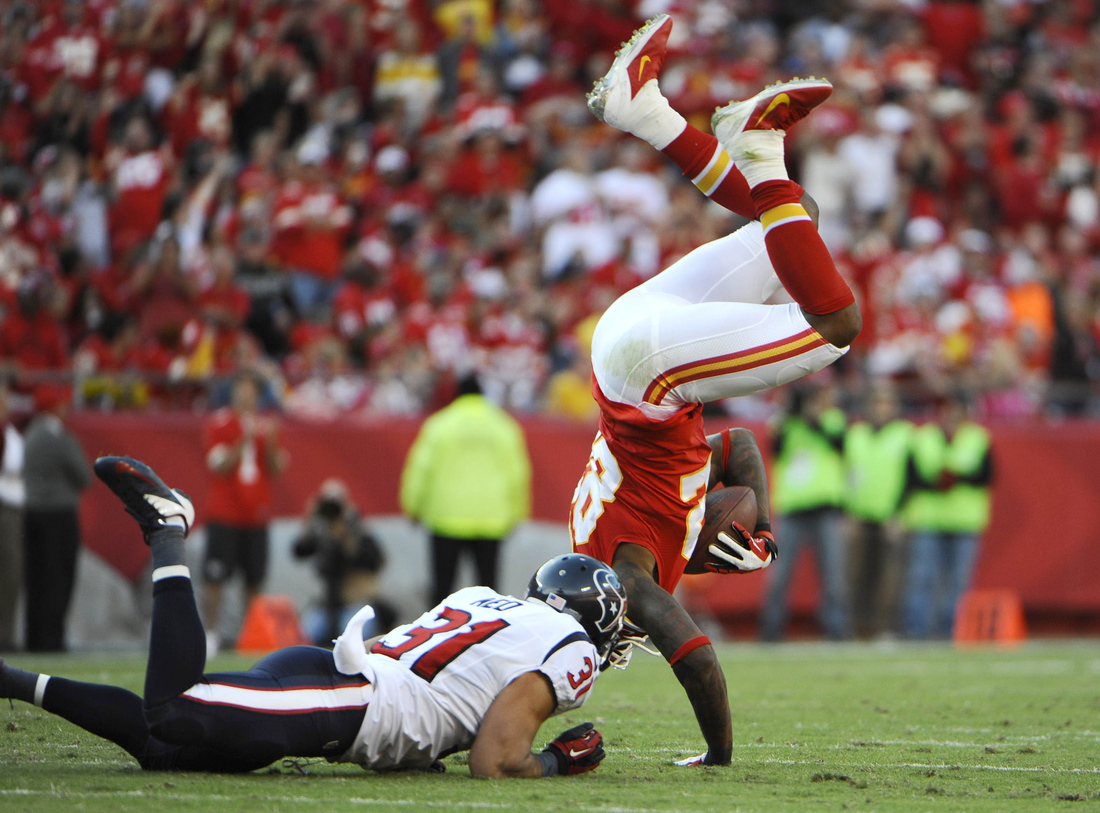 Was it a busted play or was it a designed run? 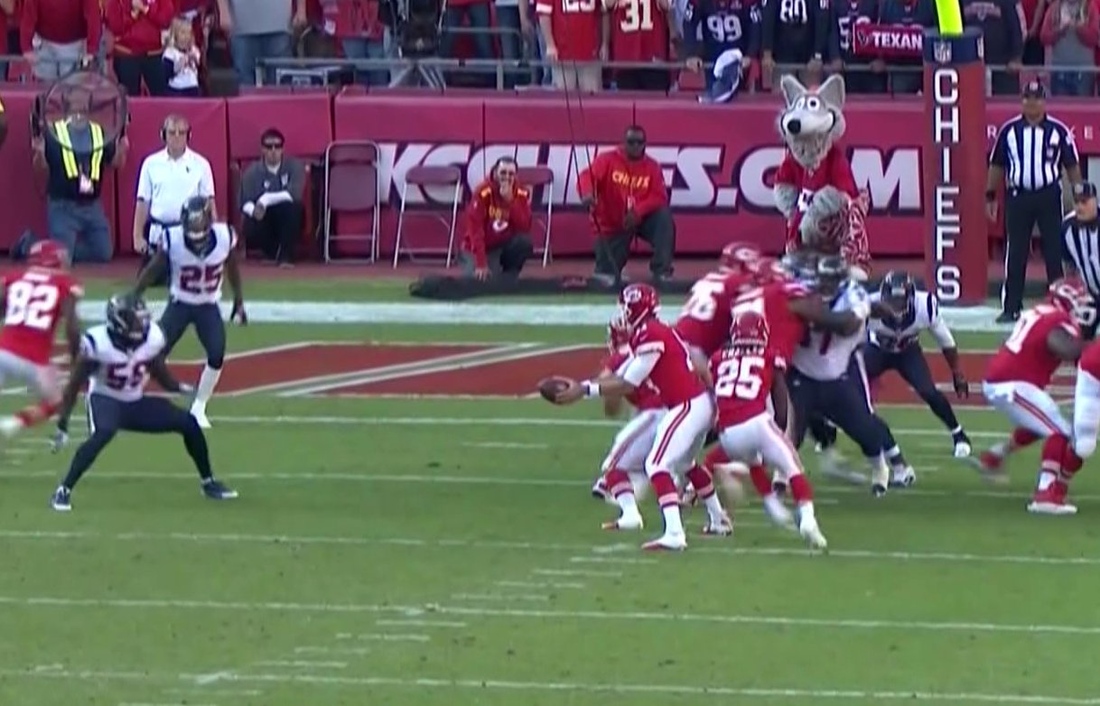 The Texans threw a Hail Mary on the final play and Andre Johnson almost caught it before it fell incomplete.

Derrick Johnson sacked Keenum on third down to force a punt.

TURNOVER: Jamaal fumbled, giving it to the Texans at the Chiefs 28-yard line.

GOAL LINE STAND! The Texans had a 1st-and-goal from the 1-yard line and the Chiefs held on three straight plays, forcing a field goal.

Quintin Demps kicked things off with a 57-yard kick return. He did a nice job waiting on his blockers.

Alex had a great 23-yard scramble. As he was going down to slide, DJ Swearinger hit him, and was flagged for it. Alex got up and got in his face.

Cyrus Gray lined up at QB and ran the wild cat.

Brian Cushing was injured when Jamaal blocked him. Things started to get very chippy after that.

Keenum ran around the backfield for what seemed like 15 minutes and then threw a bomb to Andre Johnson for 42 yards.

DMC picked up a 43-yard gain thanks to his speed and some great blocking.

Dwayne Bowe took out two guys on that block. Crucial to the play. #BoweShow

Jamaal had an 18-yard gain to push the Chiefs into the red zone.

The Chiefs went for it on fourth down from the 1-yard line but did NOT get it. Alex targeted McGrath, but the ball was out of bounds.

Starting at their own 1-yard line, Keenum his DeAndre Hopkins for a 35-yard gain.

KC started on their own 8-yard line.

Chiefs can't do anything and punt it away.

Chiefs force a three-and-out with a third down sack.

Chiefs started the drive at midfield with 7:24 left in the game.

Chiefs had to punt.

Another third down sack. Another three-and-out.

Another punt for the Chiefs, with less than two minutes left.

Tamba Hali forced another fumble and the Chiefs picked it up on the 1-yard line.