Now that the KC Chiefs have played four games let's project how their numbers would look over a 16-game season. We looked at Alex Smith's numbers earlier this week. Today we look at Jamaal Charles' numbers spread out over 16 games.

Jamaal has been between 1,100 and 1,500 yards whenever he plays a full season. It's a good bet that he will be somewhere around there when the season ends. This is roughly what we expected. A little bit of a drop from his career high given Andy Reid's emphasis on the pass but still enough yards that he's clearly a major part of the offense.

This surprises me a little. The thinking was that his carries would significantly decrease, but that's just simply not the case. At least not yet. Charles has not been getting tons of carries in the first three quarters but his fourth quarter carries are strong. Read this Charles tidbit for more on Charles in quarters 1-3 vs. quarter 4. 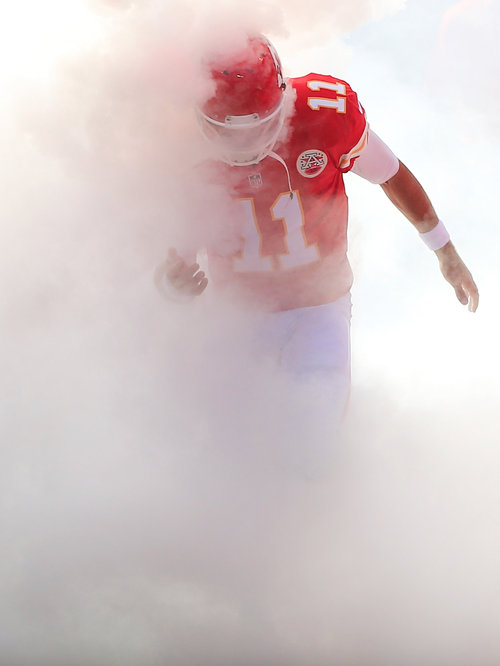 1. 4.1 yards per carry is good for regular backs. Not very good for Jamaal.

With the Chiefs (presumably) scoring more points this season than they have in at least three of the last four seasons, I thought he might break double digits. It's still possible.

Way higher than I or many others predicted. The most common prediction on Charles' receptions was probably right around 60. His career high is 45 so this projection would DOUBLE it. Frankly, I think he should hit this mark. He's not going to become less of a factor as the season goes on.

Again, I think this is possible. The Chiefs will continue to feed Charles the ball and once you get him in space he's a threat to take off on you. He can rack up those yards quickly.

This could be all over the place. It's hard to predict how many receptions he'll get around the goal line but I can see him breaking off a couple of bigs runs after the catch.

If this happens it would be a career year for Charles. Remember when we were all freaking out about how he would be used in Andy Reid's pass-happy offense? Seems that was all for naught.