Chiefs vs. Titans 2013: What Tennessee does and how KC can stop it

Each week going forward, we will breakdown the Chiefs upcoming opponent. We will look at what they need to stop and who to look out for.

Share All sharing options for: Chiefs vs. Titans 2013: What Tennessee does and how KC can stop it

The loss of Jake Locker is huge to the Titans. He provided the team a big advantage. Locker was able to make every throw on the field. He is faster than Alex Smith and he throws darts. If Locker had played in this game, I saw a loss for the Chiefs.

With Locker out, in comes Ryan Fitzpatrick. Fitzpatrick is well known by Chiefs fans but he is also well known by Bob Sutton. Fitzpatrick was 2-5 against the Jets while Sutton was on staff. Fitzpatrick is a smart player. He can read a defense well. He can make a majority of the throws within 20 yards. He will under throw the deep ball. Fitzpatrick likes to pat the ball before his throw. If the DB is paying attention to his eyes and sees the pat. They could get a little jump on the route. Fitzpatrick struggles with strength and accuracy when he can't step into his throw. If you get Fitzpatrick off his spot and don't allow him to step up, you eliminate their passing game. 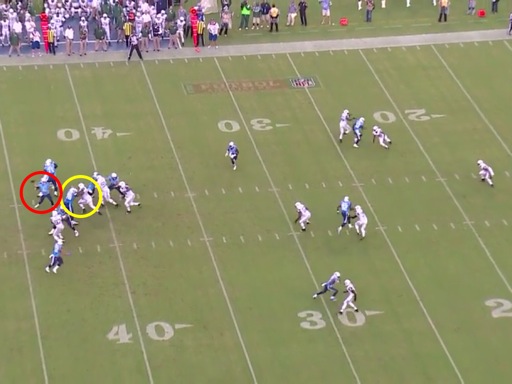 The key to the Titans is their run game. This is their bread and butter. The Titans goal is to get Chris Johnson on the edge or allow him to one cut and go. Johnson has found the speed of old again. With Johnson you need to force him to dance around between tackle to tackle or shut down the edge forcing him back in to pursuit. He will burn you if you don't and setup so much of their offense. When they need a change of pace they bring in Jackie Battle to run between the tackles. Battle provides them their power runner on blast and off tackle. The combo of the two sets up their play-action passes. 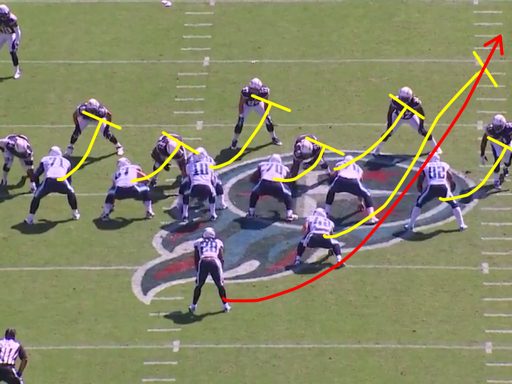 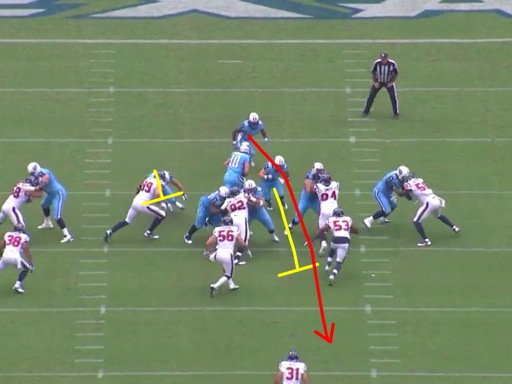 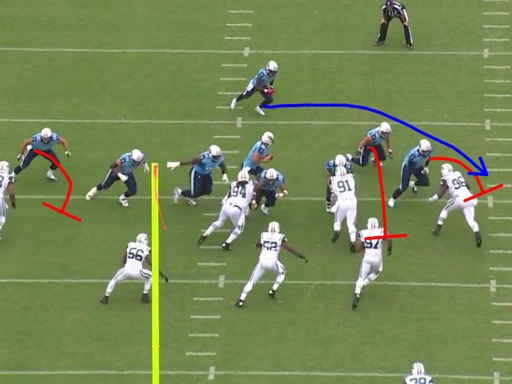 Once the run game is established, they hit you with their passing game. A majority of slants, out routes and quick passes to get the defense softened up and keep them on pace for first downs. Nate Washington is their most reliable receiver. Damian Williams took advantage of his opportunities this past week. Justin Hunter is still learning the game but a big red zone / jump ball factor. Kendall Wright is their dangerous receiver. They use Wright on slants, crosses, ins, outs and screens. He can turn a quick pass into a big gain very quickly. A simple in route can turn into a 20-yard gain. 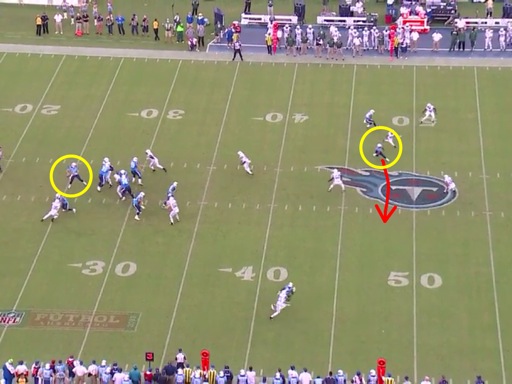 A key to watch with this football team is their guards. On 1st and 2nd down, just focus on the left guard and right guard. Half of the time you will see them pulling. Andy Levitre and Chance Warmack are athletic guards and good pullers. The offensive line overall is full of solid run blockers. 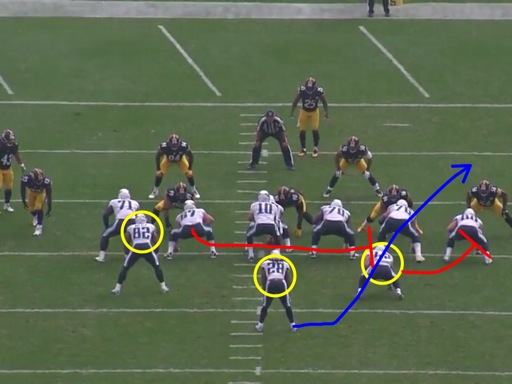 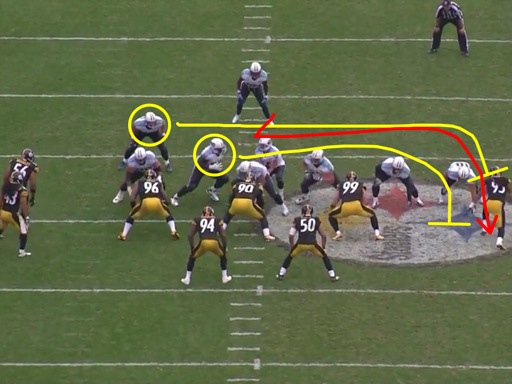 Overall, the Titans are a stout run defense. Defensive Coordinator Gregg Williams has this football team playing his style of football. They are nasty, physical and attack. The Chiefs Offensive Line will have their hands full with their front eight. The Titans used some Bear formations to shut down the Texans stretch run game. They move their linebackers around in untraditional formations. It allows them to flow to the play with tough angles for the OL to block. 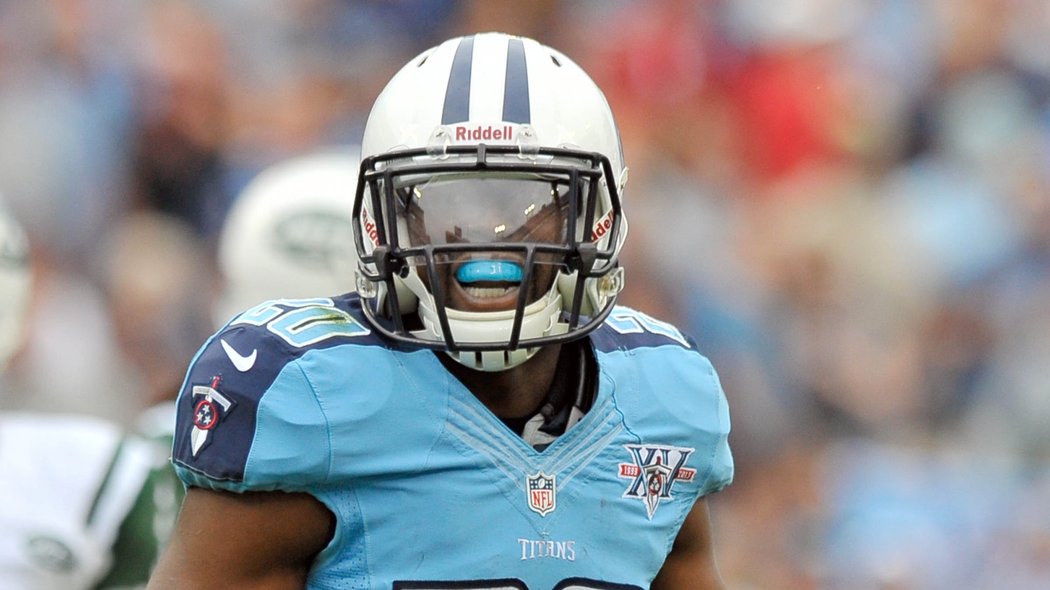 The backer who stood out to me was Zach Brown. They guy was all over the field making plays. I liked his range from sideline to sideline. Brown always seemed to have a nose for the ball. He is the one backer they need to account for on every play.

The only guy to me who shined was their FS Michael Griffin. He is the one player I would avoid testing. Bernard Pollard still bites on play fakes and struggles to cover deep. Pollard is still more worried about delivering the big hit rather than making the play. Alterraun Verner takes chances at corner and you can burn him.

With what the Titans have seen on tape, I anticipate them stacking the box on run plays. They will want to take away that element of the Chiefs offense from the start. 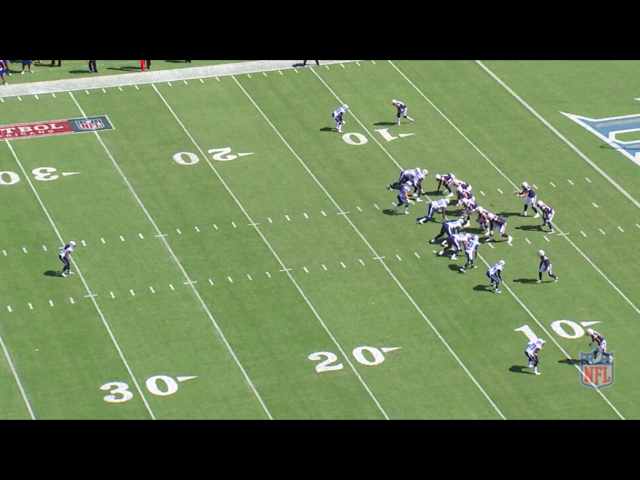 When the Chiefs pass, I expect to see twist and stunts like crazy. 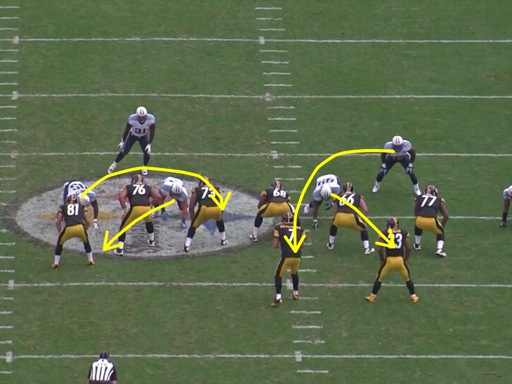 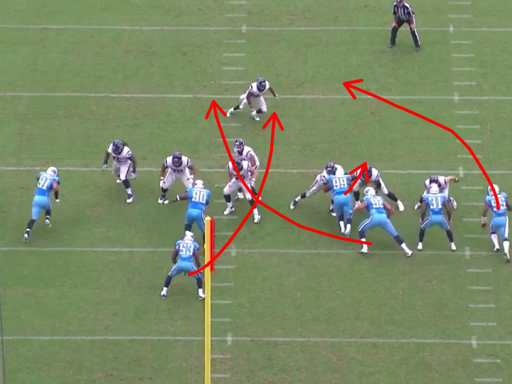 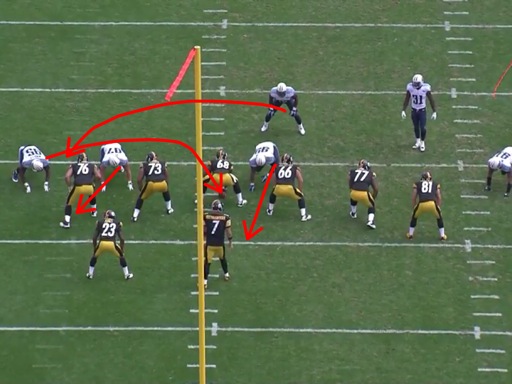 How you can beat them

The Titans are an aggressive and attacking defense. The beauty is you can use that against them. Once the Texans established their run, they used bootlegs and play-action against them and were able to make some big plays. 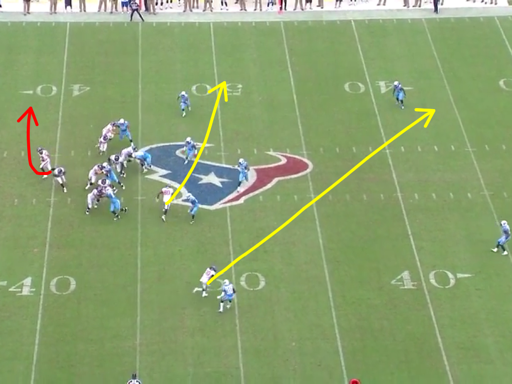 Darius Reynaud is their primary kick and punt returner. I also saw Verner back on a couple of returns. Both take risk with the ball. They make poor decisions on when to take the ball and when to let it go. This will be a crucial aspect to use against them in field position. They need to pin Reynaud inside the 10, let him make a poor decision and have great field position for the defense. The one concern the Chiefs need to worry about is field goals. The Titans have blocked two already this season from the right side. They attack the right side, force the end to make a decision. Then the Titans' outside man uses his speed around the corner. 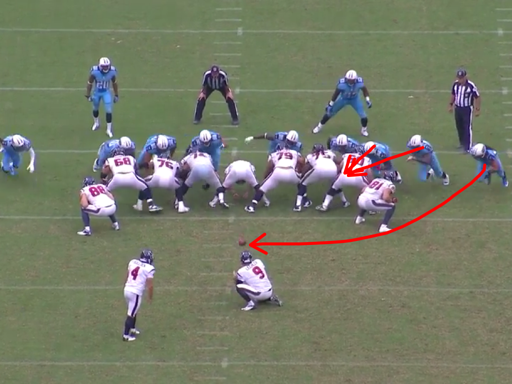 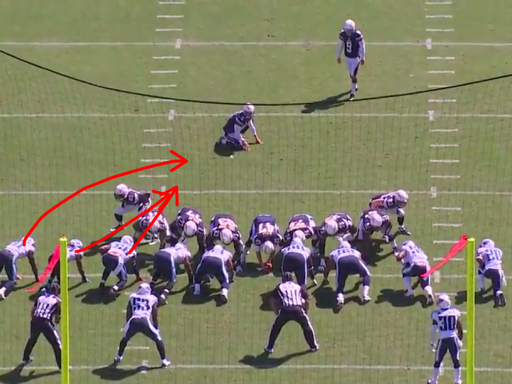 I anticipate this being a very physical and close game. It will be just as frustrating as the Cowboys and Giants games. The Titans have stout lines on both sides of the ball. This will be a great challenge for this football team in all phases. See you next week when we break down the Raiders.