Phil Simms on Alex Smith's Super Bowl chances: 'That's all they wrote about me'

Can the KC Chiefs win the Super Bowl with Alex Smith? That's what almost all Chiefs questions boil down to.

Share All sharing options for: Phil Simms on Alex Smith's Super Bowl chances: 'That's all they wrote about me'

You know the Kansas City Chiefs are a big deal when they're getting the No. 1 broadcast team. That's the plan this weekend as CBS's top team, Jim Nantz and Phil Simms, are set to call Sunday's Texans- Chiefs game at Arrowhead.

610 Sports Danny Parkins had Simms on the show this week. Some interesting stuff from him. Listen to the audio here. A few highlights below...

1. The Chiefs success this year has been "pretty amazing".

2. "It's like stepping back in time" the way the Chiefs are winning games. He says it also goes to show you that a team can win by doings things differently, "the way they did 20 years ago".

3. Rich Gannon, who called last week's game, said the crowd was "something else". Simms said he only watched the coaches tape of last week's game, which doesn't have sound, but he could still tell when the Raiders were messed up due to the crowd.

4. He cites the Colts run defense in their Super Bowl run as an example of fixing things in the NFL (re: the Chiefs offense). The Colts had the worst run defense in the NFL and then shored it all up for the playoffs, en route to the Super Bowl. Simms may not remember that that's the Colts team that beat Herm Edwards Chiefs in January 2007 (after the miraculous Week 17 that got the Chiefs into the playoffs).

6. Talking about Alex Smith throwing to Dwayne Bowe even when he's covered, Simms relayed some advice from Bill Parcells on tight end Mark Bavaro. "When he's covered, he's open." He said that's something Joe Flacco had to learn with Boldin.

Listen to Joel on 610 Sports this week 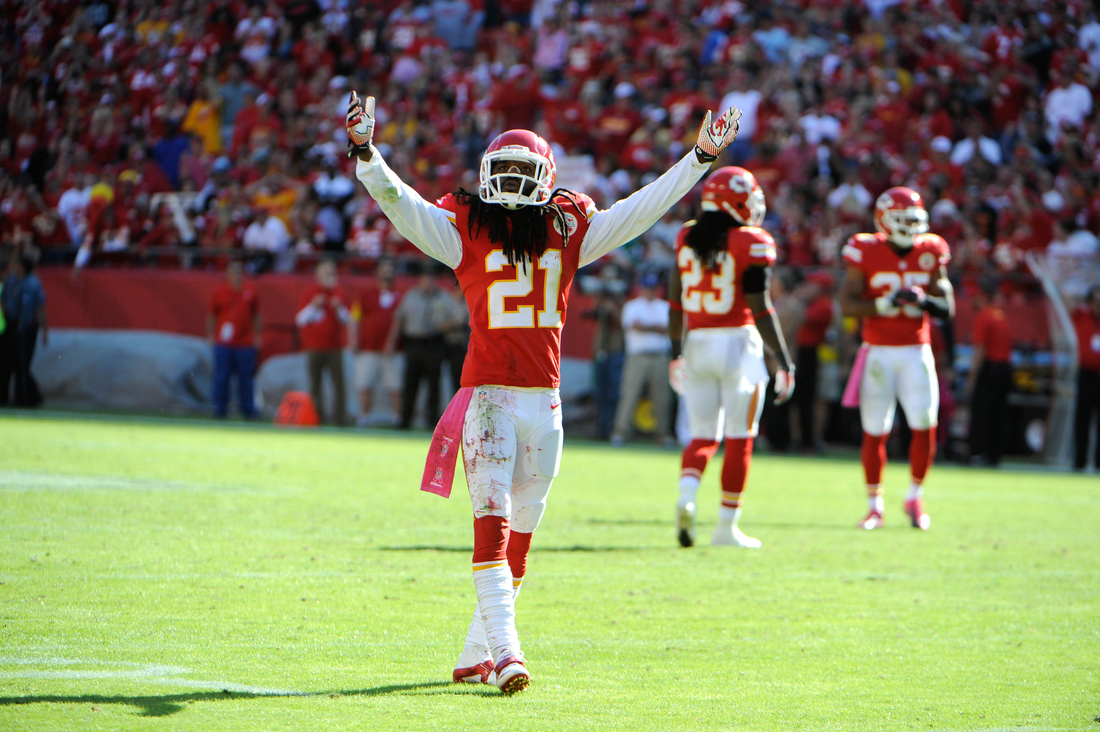 Check out the audio from last week's spot on 610 Sports with Danny Parkins and Carrington Harrison.

7. Can the Chiefs win a Super Bowl with Alex Smith? "That's all they wrote about me up here. From Howard Cosell to every other person who stuck his nose in it, the Giants will never win with him as quarterback. So I want to say, 'How'd that work out?' So can he? Yes he can ... there's more than one way to win."

9. "[Dontari] Poe and Mike DeVito ... those two caught me by surprise more than anyone."

10. Simms says Chiefs DC Bob Sutton has some new influences on his defensive scheme (he wasn't specific). "When you think something is a little unique, and you put good talent around it, you can get greatness in the NFL and right now that's the Kansas City defense."

11. Simms says the Broncos defense is very suspect, pointing out the Jaguars moved the ball on them. "There's a lot of football to be played."