When the Kansas City Chiefs made the trade this past offseason with the Arizona Cardinals that sent cornerback Javier Arenas to the desert for a widely unknown fullback in Anthony Sherman, nobody knew how well that would turn out.

If you were asked which Kansas City Chiefs player is currently ranked as the best player in the NFL at their position -- before you read the headline to this article -- there's a good chance you would have said Justin Houston, Dontari Poe or Eric Berry. Maybe a mention for Dustin Colquitt for those trying to get clever.

But since you read the headline, you know where I'm going with this.

According to Pro Football Focus, Anthony Sherman is by far the best fullback in the NFL right now. That might surprise a lot of people simply because fullbacks don't get a lot of publicity, regardless of how they're doing. 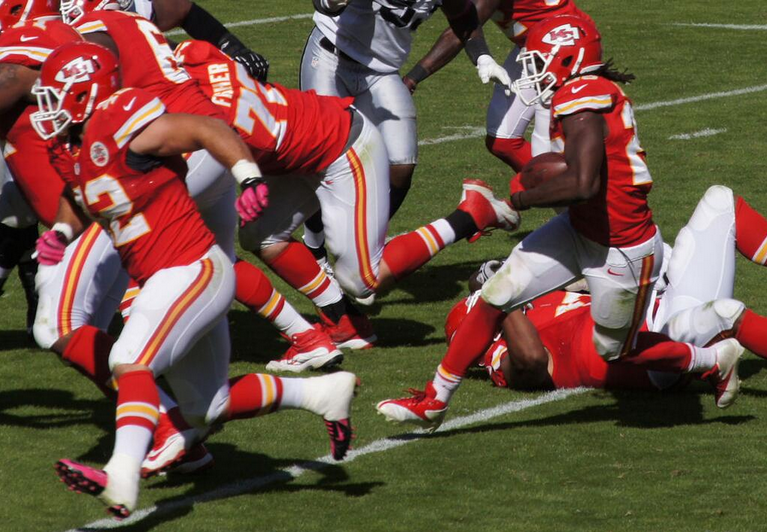 (Photo courtesy of John West. Check out his Chiefs photos on Twitter @KCChiefsFanPics)

It's kind of like how offensive lineman never get their name called unless they get caught for holding or jump off-sides, but you don't see a lot of fullbacks jumping off-sides.

Therefore, unless broadcasters are really pumping their name or you're one to not watch the ball at first glance, you might not understand how high of a level Sherman is playing at for the Chiefs right now.

Sherman has quietly dominated opponents in helping Jamaal Charles close-out the Chiefs wins late in games. Everyone has been talking about Charles being the closer for the Chiefs, but the man paving the way for Charles should be getting his due as well.

Here's a look back at Sherman doing work in the Cowboys game. 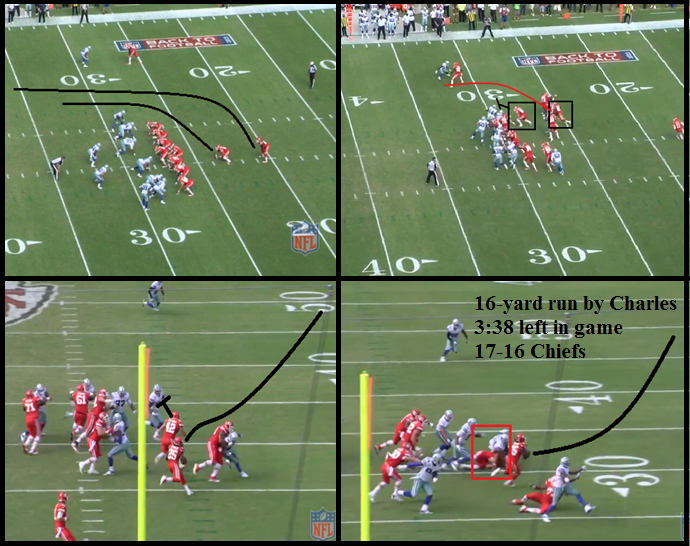 Sherman springs Charles for a key 16-yard run with under four minutes to play and the Chiefs leading 17-16.

It's not just his physicality at the point of attack that's impressive, but he's athletic enough to get out on the edge and not get passed by Charles on these stretch runs.

Moving along to the final drive in the Chiefs win over the Eagles. 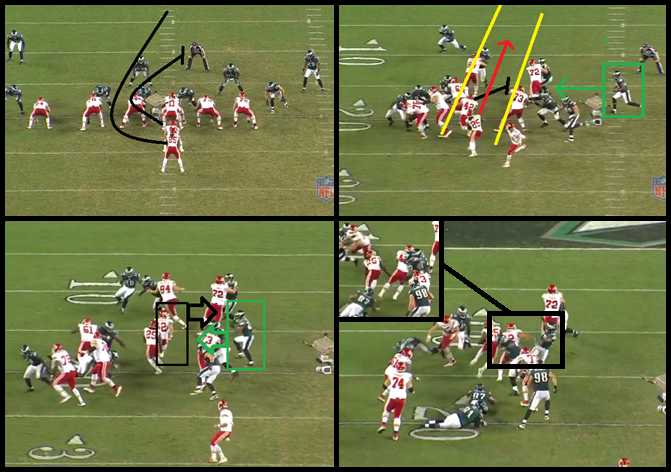 The Eagles defensive back (green box) thought he was going to be able to cut-off Charles before he picked up the final seven yards on this carry. Sherman threw a shoulder into him and you can see the defender get knocked off balance and taken out of the play.

Despite lining up in the backfield, Sherman isn't worried about not carrying the ball as some might imagine, via Terez A. Paylor of the Kansas City Star.

"I take more pride in trying to get Jamaal past 100 yards every game, or for the passing game to be great on blitz pickup," Sherman said.

Here's a look at the Chiefs go-ahead touchdown mid-way through the fourth quarter against the Tennessee Titans. 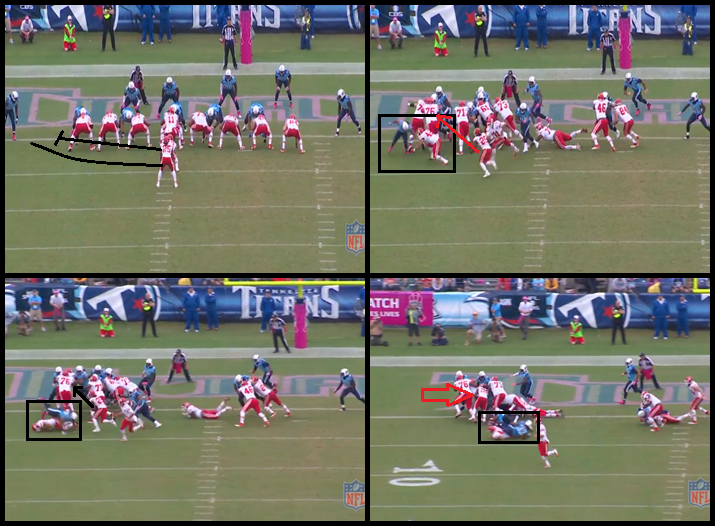 Sherman immediately takes out the safety by getting his pads lower than the defenders. This is a fantastic block that allows Charles to not only get past the defender, but to do it without slowing down and allowing the other defenders to converge on him behind the line of scrimmage.

Let's finally take a look at this past week's game against the Oakland Raiders.

Once again, there's under four minutes to play and the Chiefs just have a one possession lead. 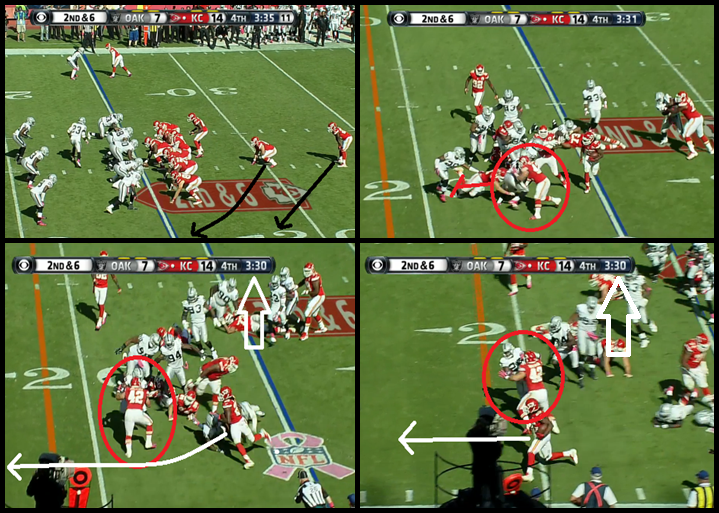 Sherman actually seals off two different guys on this big 2nd down run late in the fourth quarter. His first block sets the lane for Charles to get to the edge and then he peels off and seals the defensive back to allow Charles to get down the field for a big gain.

In Paylor's same Kansas City Star article as above, Sherman shares his mental approach to blocking and playing in this offense.

"That’s what I try to do every play, just make sure my guy does not even come close to the running back," Sherman said.

In that last play against the Raiders Sherman made sure two defenders didn't get close to Charles. That was a key play in the game at the time. Sherman has been every bit as important as anyone else on the offense to close out these games in the fourth quarter.

Yes, Charles is the one carrying the ball and making the plays, but he can't do everything on his own. If you give Charles an inch he'll take a foot, but he still needs that inch and Sherman has been providing "Best in the NFL type-blocking' so far this season in order to give him that inch.

There's been a lot of talk about how many Chiefs defenders could end up going to the Pro Bowl this year because of their dominant start to the season. But it's probably about time to start putting Sherman's name into that discussion as well.

He's grading out as the best according to PFF's numbers and has been exceptional when the Chiefs have needed him most, that's the perfect combination for a soon-to-be fan favorite.