The Kansas City Chiefs offense is unimpressive, but good enough

Stating the obvious here but does it matter if the Chiefs offense continues to struggle if the defense is playing at a historical level?

Share All sharing options for: The Kansas City Chiefs offense is unimpressive, but good enough

The Kansas City Chiefs offense was bad on Sunday against the Oakland Raiders.

Alex Smith went 14-for-31 for 128 yards. Donnie Avery fumbled the ball away inside Oakland's 10-yard line. The offensive line allowed three sacks and consistent pressure, and Jamaal Charles only rushed for 3.5 yards per carry.

Ultimately, you are left feeling as though this offense must improve to win something big down the road. Then you look at the scoreboard, then the standings, and realize the falsehood in that statement.

Andy Reid on Chiefs O: 'I don't think I did a very good job' 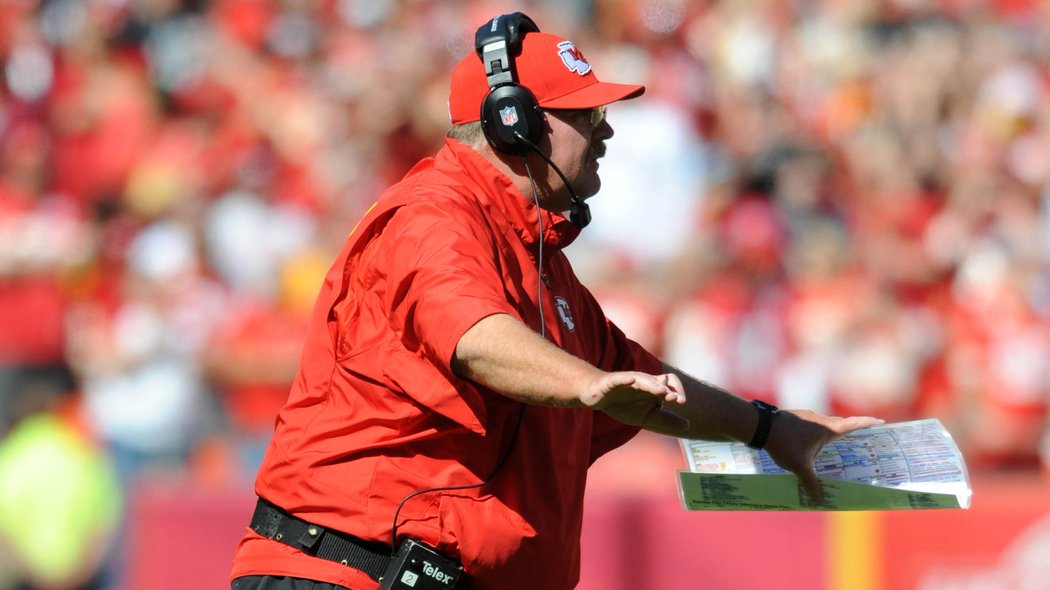 This unit merely needs to be good enough with a defense playing at a historic level. The offense has only scored 110 points thus far in six games (18.3 per game) with many of those being helped out by turnovers deep in the opponents territory.

The offense has had trouble driving long stretches, usually stalling out. Yet all the struggles of Smith and co. are rendered moot when the defense dominates in crushing fashion, taking the life out of the other team's soul.

This is not just a really good defense that Kansas City currently employs. At this rate, it is one of the best of all-time. The Chiefs have 31 sacks on the season, putting them on pace for a touch over 80. The record for sacks in a season was set by the 1984 Chicago Bears, who had 72.

In a league where passing rules the day, teams are finding it impossible to throw against Kansas City. No team in the NFL has anything close to the bookend pass-rushers of Tamba Hali and Justin Houston with a secondary featuring Brandon Flowers, Eric Berry, Sean Smith and Marcus Cooper. Factor in Dontari Poe and Derrick Johnson also playing at a Pro Bowl level, and it's the most complete defense the league has seen in over a decade. Again, through just six games.

Need more convincing? According to Pro Football Focus, the Chiefs defense has a 101.7 rating. The second-rated team is the Seattle Seahawks, at 52.3. Do the math, and you have a 49.4 difference. For perspective on that, the New England Patriots are ranked 15th, coming in at 9.6. The difference between 2nd and 15th is 42.7.

Chiefs D in one word: Destruction 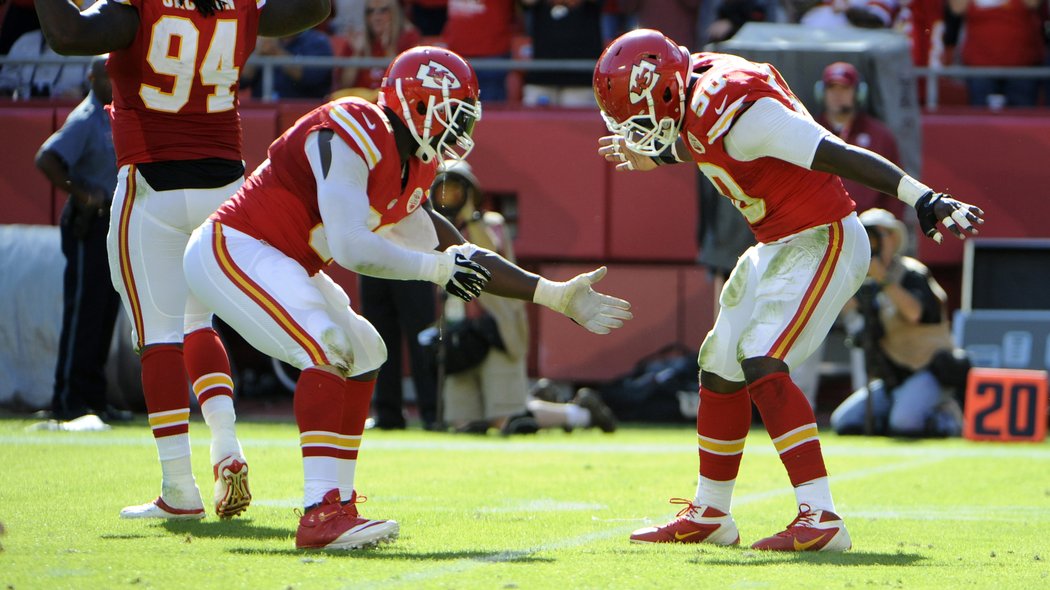 Also at PFF, Kansas City has a rating of 28.9 in pass coverage. No other team has hit the 10.3 mark. Hali and Houston rank first and second in the NFL in quarterback hurries with 39 and 25 respectively, nobody else has above 21. The Chiefs also have two of the top five corners in football when judging by QB rating against, with Cooper and Smith coming in at 2nd and 5th.

Point is, the offense merely needs to score occasionally and continue showing good ball security. Who cares if Smith and the boys score 18 points per game, if nobody else scores over 17 (and the Chiefs defense and special teams adds a TD on their own)? With the amount of talent on defense, even the Denver Broncos are going to be hard-pressed to continue at the pace they're on.

Any fan's natural inclination is to want dominance on both sides of the ball. It feels more secure, it feels unstoppable. Truth is, Kansas CIty is 6-0 because of a great defense and an offense which is doing just enough.