Just how far can this defense take the Kansas City Chiefs? It was a sack party at Arrowhead, a new world record was set and more post-game notes from my day out at Arrowhead.

Arrowhead: The loudest stadium on Earth

That will go down as my most retweeted tweet of all time.

In most games the crowd is only a small part of the story. But on this day, as the KC Chiefs beat the Oakland Raiders, the crowd at Arrowhead was the story. 137.5 decibels, the new Guinness Book of World Records mark for the loudest crowd roar in a stadium. The last mark was set by Seahawks fans at CenturyLink Field.

I'm up in the press box so I'm insulated from a lot of the crowd noise but I can still hear it (and the multiple "Raiders suck" chants). That place was absolutely rockin'. I can't tell you how awesome it was to be there. The energy, the electricity, the entire atmosphere ... it was just perfect.

The players in the locker room all talked about it. Everyone knew they were going for the crowd noise record. Eric Berry said he had trouble making calls to his fellow players in the secondary. Every player I talked with after the game talked about the crowd and what an advantage that is. Alex Smith, by the way, says he didn't feel sorry for Terrelle Pryor after having to deal with that.

I saw the Guinness dude outside the locker room after the game. He was showing off the decibel reading and the certificate showing Arrowhead as the new loudest stadium in the world.

Some fans figured out that the banging on the seat helped make more noise. And some fans took it a liiiiiitle too far. 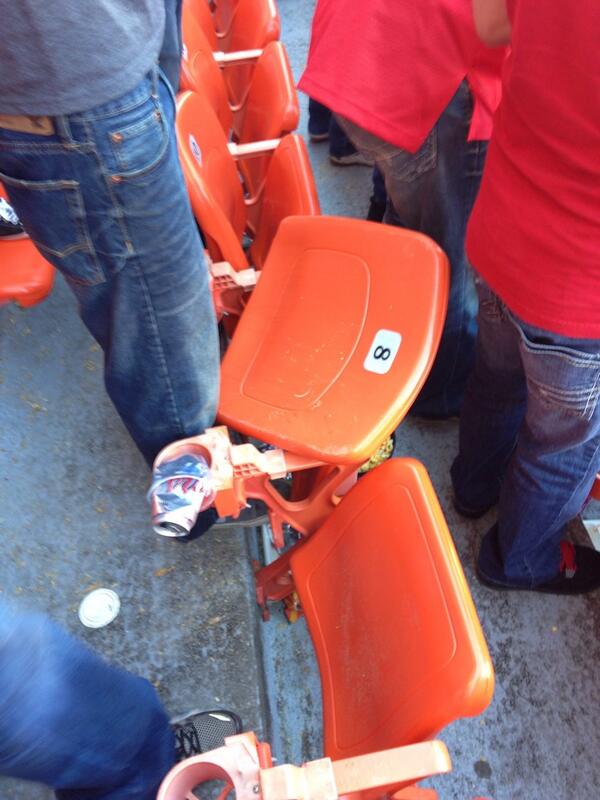 While we respect our former divisional rivals in Seattle, Arrowhead has reclaimed the title that is rightfully ours.

Wow. This defense has been impressive but that is a comically high numbers. Pryor dropped to pass 34 times. On damn near a third of his pass attempts, he was sacked. Holy crap!

The Chiefs D did this without Brandon Flowers

This seems to be overlooked in the rush for post-game analysis. Flowers did not play due to a knee injury. Marcus Cooper filled in with a pick. There was one mistake on the Denarious Moore touchdown.

The arrival of sack city had something to do with the defense but the secondary had a terrific day as well. Sean Smith is so underrated. As @HisDirknesS likes to say, this is your James Hasty. The Chiefs didn't get to have Brandon Carr for very long by the time he had matured into a terrific NFL player, so it's been a while since the Chiefs have had a dominant secondary.

All that about the secondary and I didn't even mention Husain Abdullah scored on a pick-six. We were in the Chiefs locker room after the game and a bunch of media, including NFL Network, was waiting in the corner. I peeked over to see who everyone was waiting on and I saw Cooper and Abdullah. And I thought to myself, all these media folks could be waiting there for Cooper AND Abdullah because both had great games. (NFL Network went with Abdullah. I'll see if they were able to capture the Blogfather on TV. 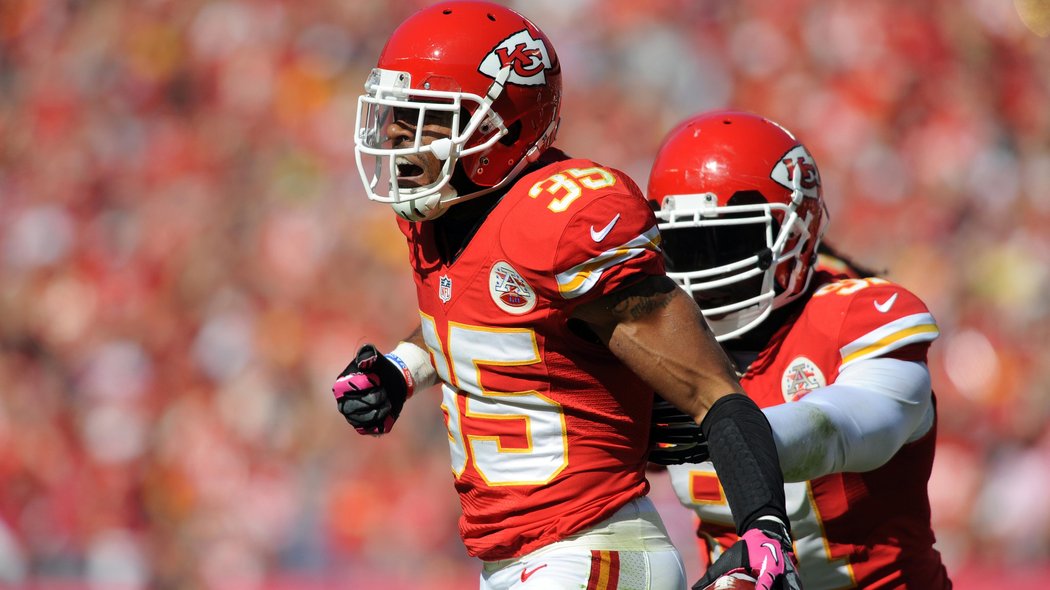 You can see my frustration build in my post-game report.

I am invoking the 24-hour rule.

I'm going to enjoy this win and then on Monday we'll get back to pointing that at some point the offense is going to prevent a win. But that day is not today.

The Arrowhead crowd was also witness to the largest fly-over ever. A reported 49 planes

Chris has a full post on that with video right here.

At heart, I'm a man of the people. So at halftime I like to walk around the upper level concourse and see what the mood of the fans is (and to snap pictures of funny jerseys).

So I'm walking around and I see Mark Davis, son of Al Davis. He is with Hall of Famer Willie Brown, flanked by security, and they're out in the concourse smoking cigs with Chiefs fans. Well, not "with" Chiefs fans. They were off on their own but they were signing autographs.

Raider fan standing below us flipping off the entire crowd

For those who went to the game, please share with us any stories of Raider fans from the game.