The Chiefs have finalized a deal with Andy Reid, making him the 13th coach in franchise history. What's the next step? Why it's making t-shirts of him, of course.

Share All sharing options for: Check out this new Andy Reid Chiefs shirt

Here is the side-by-side from Rob: 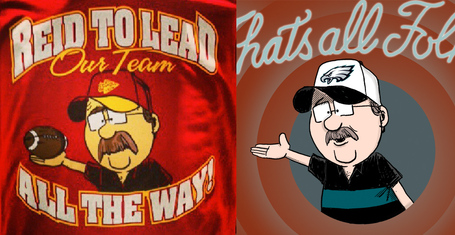 What do you think of this t-shirt? 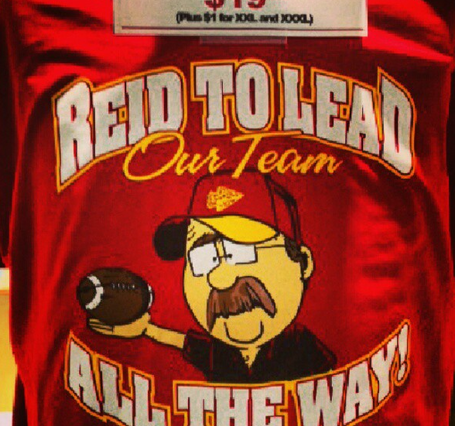 They could've used this illustration from Chris Sembower, which is the best picture of Andy Reid as a Chief.