Nick Jacobs is a producer at Time Warner Cable Metro Sports in Kansas City. You can read more from Nick on his Twitter handle: @Jacobs71.

On Jan. 14, 2009 Scott Pioli walked into the room confidently. It was the first time a new general manager would lead the Chiefs franchise in more than two decades. Pioli had become one of the hottest names on the market. Clark Hunt lured Pioli away from New England, something everyone has previously failed to do.

After shaking hands with his new boss, Pioli introduced himself to the Kansas City media and fans with his vision of the Chiefs going forward: "We're going to build a big, strong, fast, smart, tough, discipline football team."

Since that opening press conference, the vision never matched up to the reality.

Now looking back at the past four years, the biggest question is what happened? Why wasn't the Pioli era successful in Kansas City?

When you begin to break it down, there are three main reasons.

1. Unwillingness to admit faults with action

It is one thing to admit a mistake. It is another to actually take action in correcting that mistake.

Let's look back at the initial decisions made: hiring Todd Haley, trading for Matt Cassel and drafting Tyson Jackson.

I had no issue with the hiring of Haley. You acquired a guy who was fresh off coordinating in a Super Bowl. In the middle of the 2010 season, things begin to leak about the differences between Charlie Weis and Haley. You knew a decision had to be made for the franchise to sustain long-term success.

The Cassel decision I had no issue with. You brought in a QB who learned under Tom Brady. He understood the values you were trying to set in your organization. He was the leader of your team, the example from which the rest of your roster could learn. He had a year's worth of NFL experience and continued to grow.

The issue I did have was giving him a long-term contract before he had played a snap away from New England. Let him spend the entire season proving he is capable. If it works you give him the franchise QB money he deserves. If it doesn't you get him at a reduced rate until you can find an upgrade. Once you give him the money though you put an expectation on him. It didn't help that Cassel constantly had a revolving door of coordinators. You set him up to fail before he even stepped on the field.

Jackson was a decision that concerned me. Even when he struggled on the field, he was still put out there week after week. Now that Jackson is actually getting to play DT in a 4-3 nickel package. You see where he belonged all along in the NFL. I believe any decision maker in the NFL has to follow these principles: Do not worry about the perception of fan or media opinion. Do what is best for the organization. Every NFL team makes mistakes. That is apart of the business. The successful teams though admit their mistakes quickly and move on. Otherwise you dig yourself a deeper hole each day. And you end up with a day like today, which leaves an organization with the same record you found it. 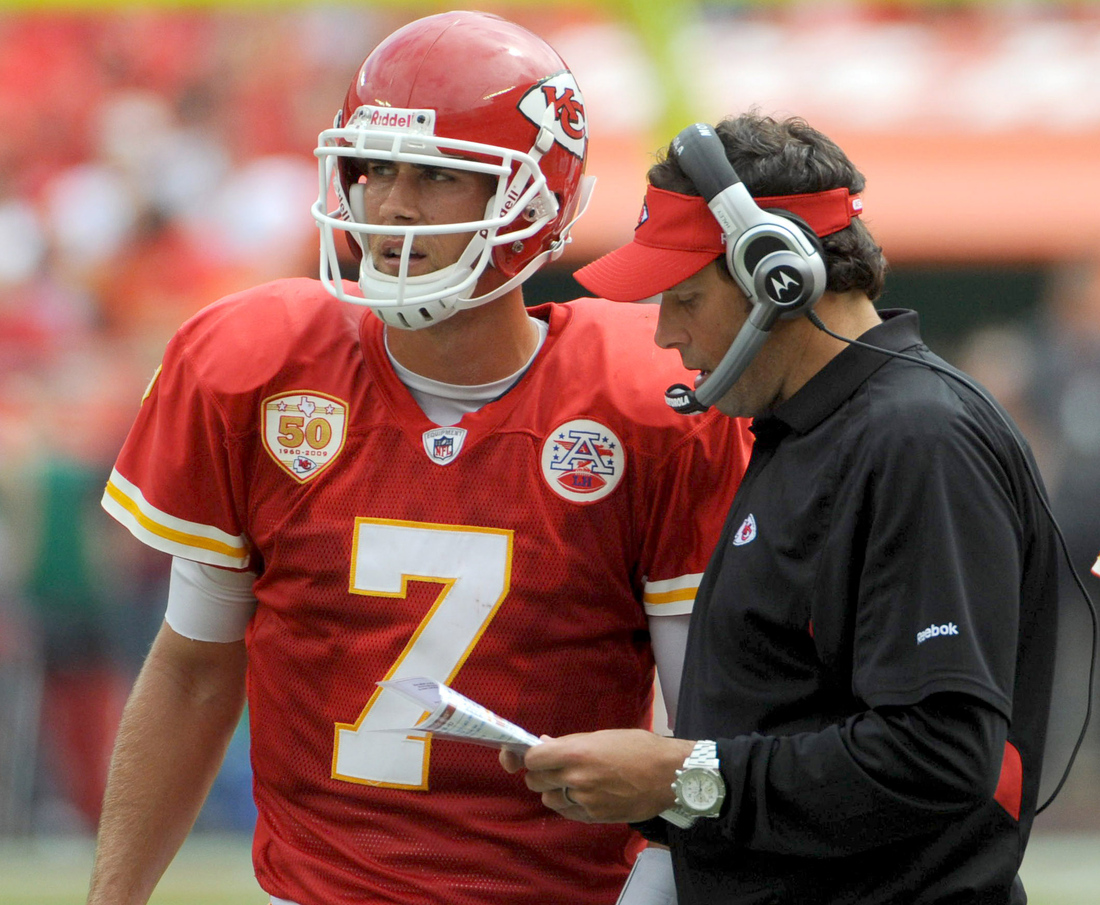 One of the most important parts of a successful franchise is stability. When an organization has leadership that understands the plan and conveys it to all its employees, you can begin to collectively work in the same direction. The NFL is a quick results business. You need to show a return on investment within three years or the plug is pulled.

The first sign of trouble was when a coaching staff wasn't in place by the 2009 Senior Bowl. The Senior Bowl is a big moment for a franchise. It is the first opportunity most coaches get to explain to their scouting department what they value in a player. When a scouting department doesn't know what their organization wants, they guess and guessing leads to bust.

The second sign of trouble was when both coordinators were ousted within less than a year. One coordinator had spent all offseason working with the head coach and quarterback to come up with a philosophy and was gone before the regular season even started.

That was a decision that needed to be made immediately so no time was wasted. You essentially put yourself five months behind the rest of the NFL. A successful organization grows together. The general manager, head coach, coordinators, assistants, scouting and pro personnel department form continuity if they stay together and are on the same page. 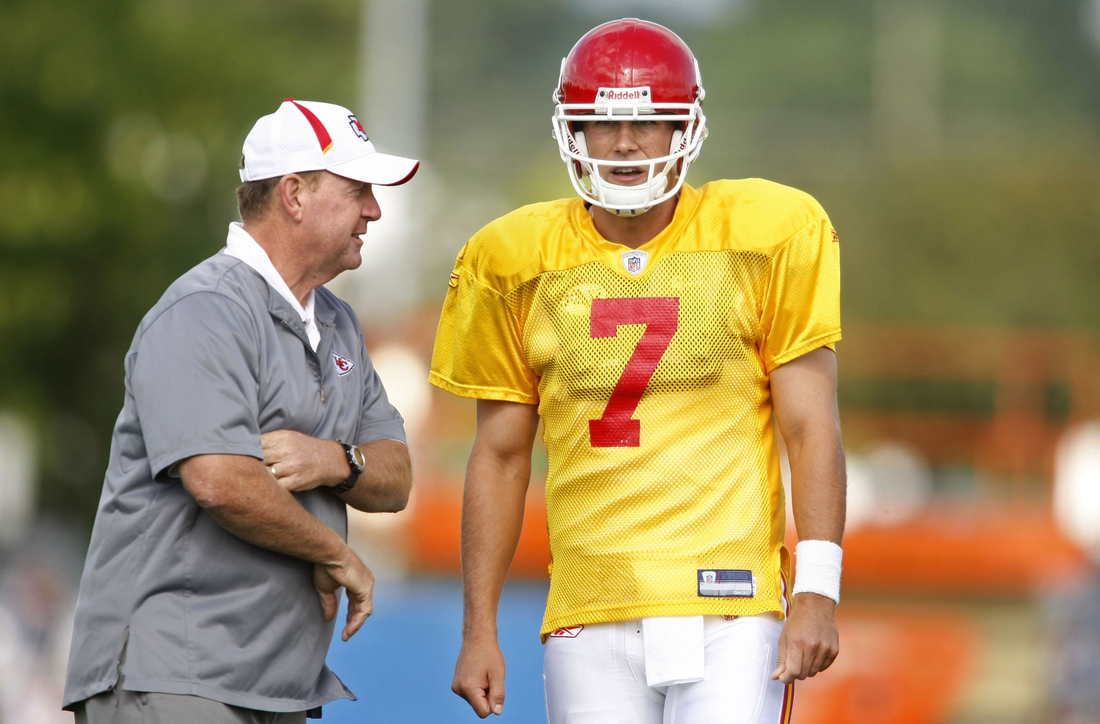 3. A disconnect from the fans and media

Pioli came from a background where the media was seen as a distraction. Chiefs players used to be very involved in the community. They connected with fans through TV shows, public appearances and showing off their personality through their foundations.

The previous regime understood that Kansas City is like a college town. The fans want to feel apart of something bigger. They felt like the Chiefs were apart of their family. That is what made the Arrowhead magic so successful. 70,000-plus all unified towards a common goal.

Each passing season disconnect became greater. Fans felt like their voices didn't matter. They didn't feel like they got to know who the players were anymore. In this town, the media can be a very powerful tool in connecting with the fans. With each interview or story, fans are allowed to see the passion and personalities of their beloved Chiefs players.

When you take that away from them, you create disconnect. The only way that tactic works is if you win, which the Chiefs did not do. 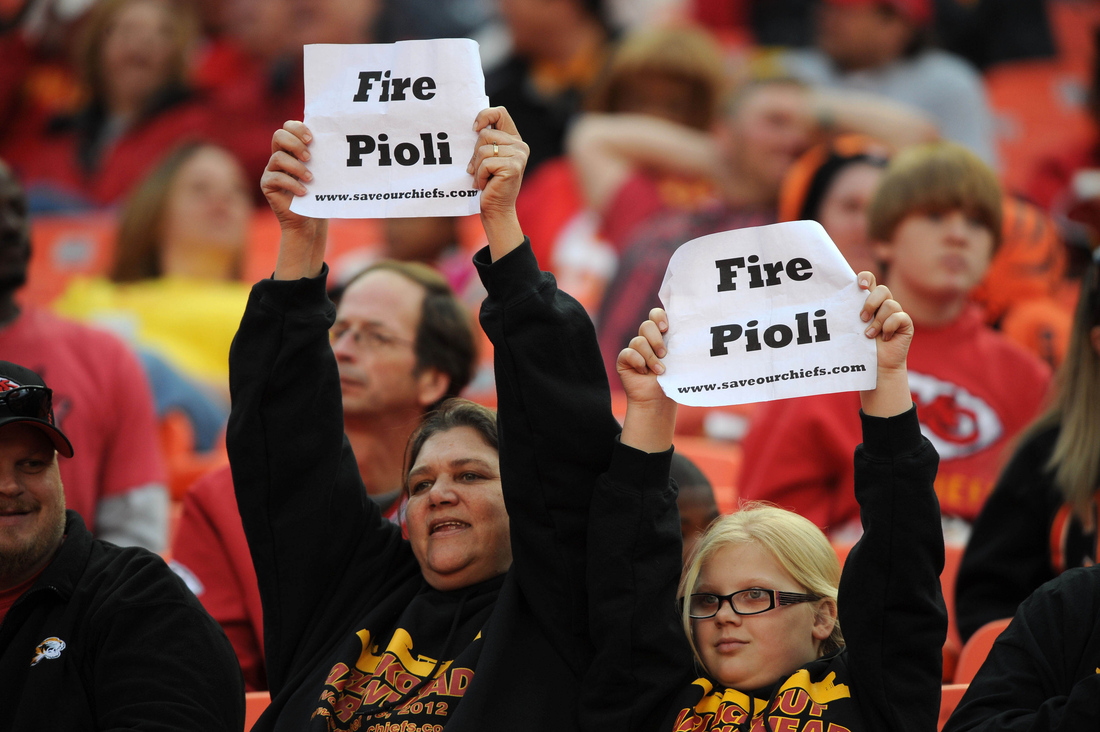