After a week in Mobile, Alabama covering the 2013 Senior Bowl for SB Nation and Arrowhead Pride, BJ Kissel returns to Kansas City with his final thoughts on the week that was. Read all of BJ's reports here.

Share All sharing options for: Senior Bowl 2013: My week in Mobile

I should start off by thanking our fearless leader Joel Thorman for giving me the opportunity to come down to Mobile and spend the week bringing you news from the Senior Bowl. [Edit by Joel: Now that you mention it, I am a great guy, aren't I?]

I can't begin to describe how great this experience has been the past seven days. Considering it's the first time I've covered an event like this I appreciate it even more. I met a lot of great people and learned a lot about how this whole process works. The Senior Bowl staff and executives put on a first-class event and I can't praise them enough for the organization, hospitality and kindness they showed the entire week I spent in Alabama. 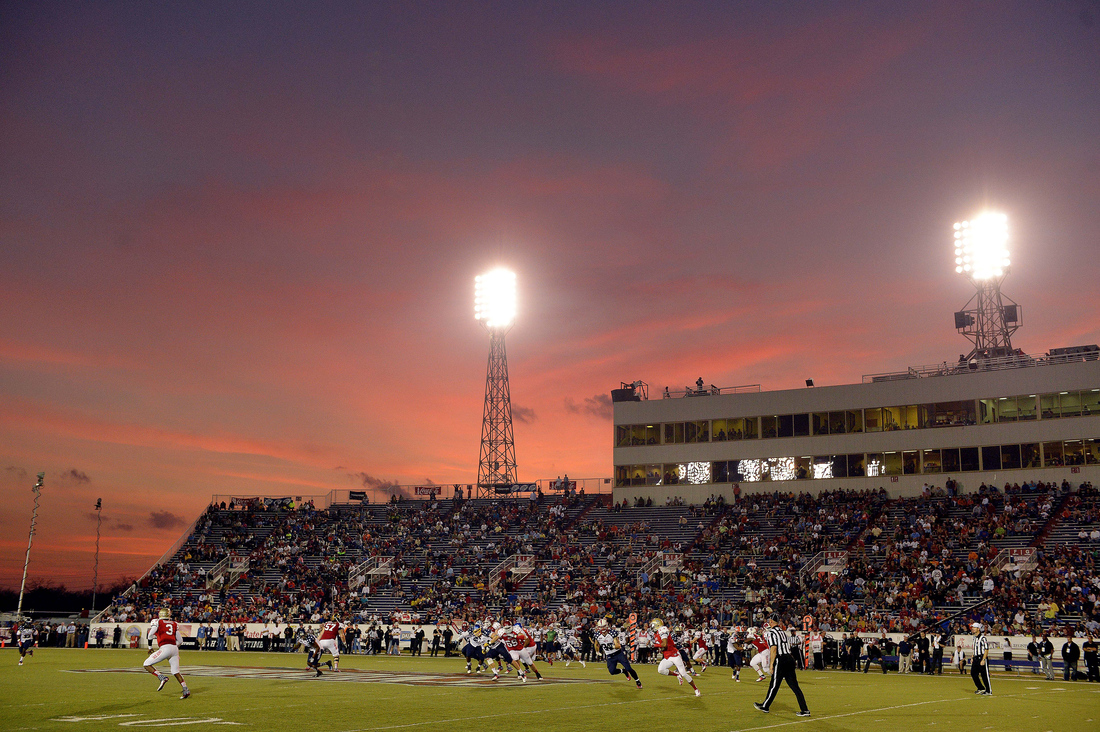 Part of my goal in coming was to not only bring you news and tidbits on the players this week but to also give you an idea of the overall atmosphere of the event. I tried to tweet out a lot of pictures (see them @bkissel7) to help paint the picture of what I've been seeing and what was happening not only on the field, but around town as well: from the weigh-in Monday morning, autograph signings at the media center, fan fest at the convention center and media night at the USS Battleship Alabama.

There are more pictures coming, too. I spent the entire first half and fourth quarter of Saturday's game on the sidelines, around the 12 yard line on the North teams' side of the field. I have some great pictures of Raiders head coach Dennis Allen coaching on the sidelines not more than 10 feet from me. 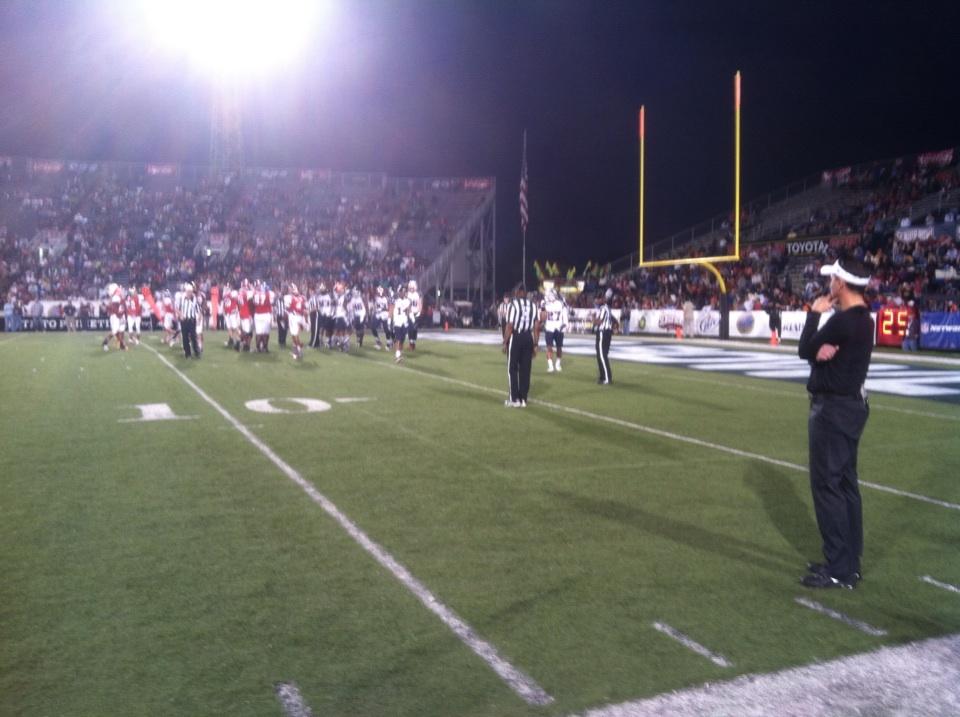 I also this week how much time and effort the draftniks put into their work. A lot football fans that frequent all of these websites might not realize how much time and effort a lot of these guys spend doing their work and honing their craft. I might not always agree with their rankings, big boards or mock drafts, but I can tell you that I have a whole new appreciation and respect for the work these guys do getting that information out there. I won't go through them all because I don't want to leave any out but I respect those who actually come down here and put their time in.

The two players that really stood out to me this week and in Saturday's game were Florida International Safety Jonathan Cyprien and Missouri Southern defensive lineman Brandon Williams. They were both on my stock up report from earlier in the week and both continued to impress during the game. I have a feeling scouts and personnel guys have these guys on their 'go back and watch again' list. 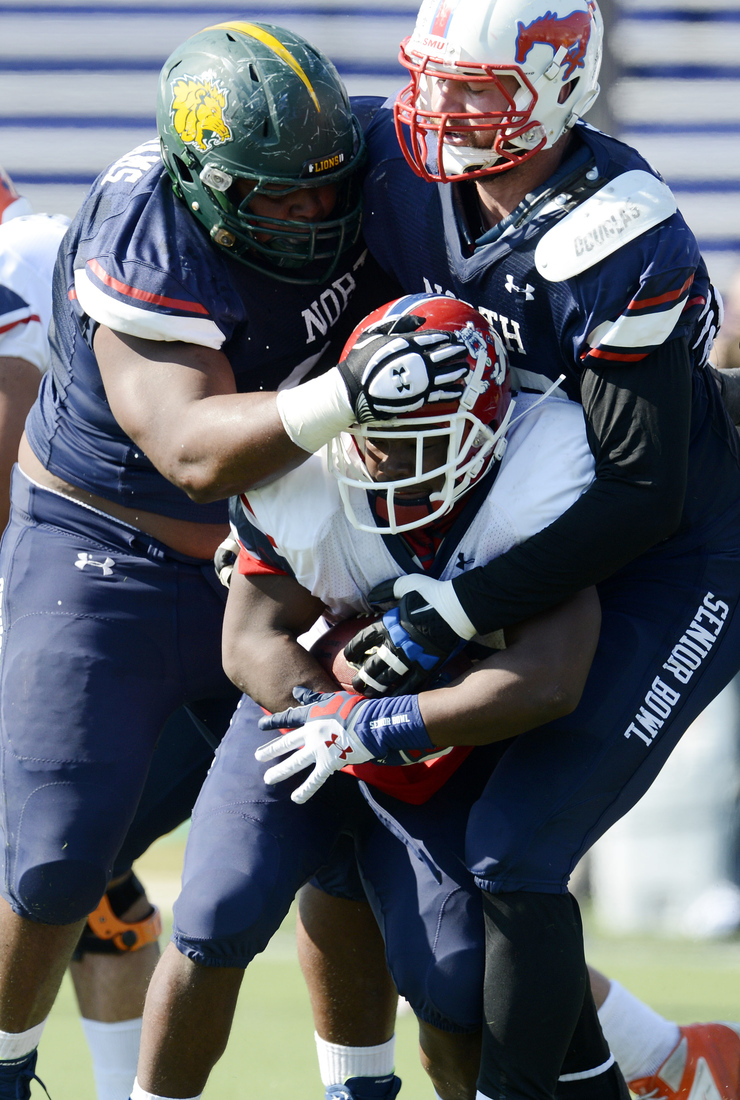 The Senior Bowl week is a great chance for NFL executives and scouts to gather all of the players into one place and compare them side by side. They get a chance to see how they develop throughout the week and what kind of a football practice habits they carry. It's not to say their actual performance in the game or even at practice doesn't matter, because it does. But it's more about being able to have access to all of the players in a short amount of time. There's a reason the scouts and executives help choose the rosters for these teams. They get a chance to meet with these players during the week and it gives the scouts and executives a chance to all be in the same place at the same time.

I was fortunate enough when I arrived in Mobile to recognize Cecil Lammey (@cecillammey) while getting my credentials early Monday morning. We had him on Chop Talk in one of our first episodes. I knew he looked familiar and then I saw the name tag. He showed me around Mobile and kind of let me know how this whole week works. It was probably a bigger help than he realizes. I was also fortunate enough to be familiar with Matt Miller (@nfldraftscout) before this week and he helped me out a lot as well. I also spent a lot of time with fellow Chiefs fan and draftnik Jinx Allessio (@jinxallessio) in Mobile also.

The most important lesson I learned in Mobile this week in regards to how this process and business works is how much it's built on relationships. Having been just my first time down here I have a ways to go in that department but I met a lot of great people and learned more than I can probably comprehend right now. Hopefully you got something out of my work down here and I look forward to bringing more and better coverage in the future.

Highlights of my coverage:

Two fans, a bag of Cheetos and Andy Reid

Chiefs scouts and the meeting of the minds