Senior Bowl 2013: 11 practice notes from the South team on Wednesday

The 2013 Senior Bowl continues with BJ Kissel reporting from Mobile, Alabama. Read on for BJ's report on the South team for day three of the Senior Bowl. Here is the North team report and you can read all of BJ's reports here.

Share All sharing options for: Senior Bowl 2013: 11 practice notes from the South team on Wednesday

1. I spent a good amount of time watching the defensive line drills with the South team on Wednesday afternoon. There were two players that really caught my attention: LSU's Lavar Edwards and Tennessee-Martin's Montori Hughes.

2. Montori Hughes is a talker. He likes to talk and he talks often. Even during a simple drill where they were just working on getting off the ball Hughes looked at his man who he beat and let out "WHERE YOU AT? WHERE YOU AT?" His opponent was Corey Grissom -- he did not respond. Hughes made quite a few plays later in the day during team work and at just under 6'5 and 328 lbs, he could be scheme-versatile as a mid-round pick. Fans will like the passion he plays with as long as he's on their team.

3. Edwards did very well in the agility drills where they had to show lateral quickness and burst. He really seemed to do well in that spot, enough to catch my eye. Maybe it's just because I also had to watch John Jenkins in that same drill. He was about 10 feet from me during a couple of the drills and that's one big dude (359 pounds). After Jenkins' turn in the drill he said, "I'm a big guy with little guy dreams" loud enough for a few of us to hear. He really wants to be fast, apparently. 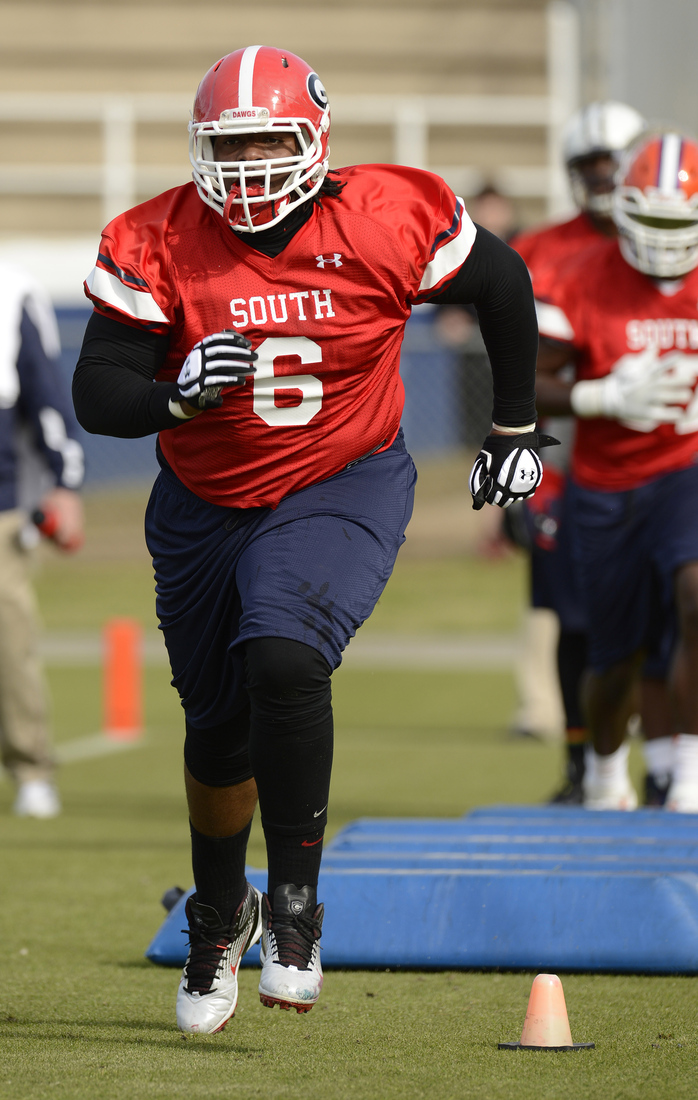 4. Wide receiver Quinton Patton from Louisiana Tech had another big day today. It's gotten to the point now where if you see a wide receiver make a big-time play down the field you're just going to assume that it was Patton.

6. Texas A&M LB Sean Porter had the hit of the day in team work. He absolutely throttled the running back after just a two-yard gain. There was an audible 'OHH' from the crowd.

7. Florida running back Mike Gillislee probably had the most athletic move of the day on a long run in which he showed an impressive cut in the open field to kick the run outside.

8. Tyler Wilson had another solid day although it wasn't perfect. I wasn't able to see them but apparently he got into a little funk during the end of practice and had a few inaccurate passes. I still believe he's the best quarterback in Mobile either way. 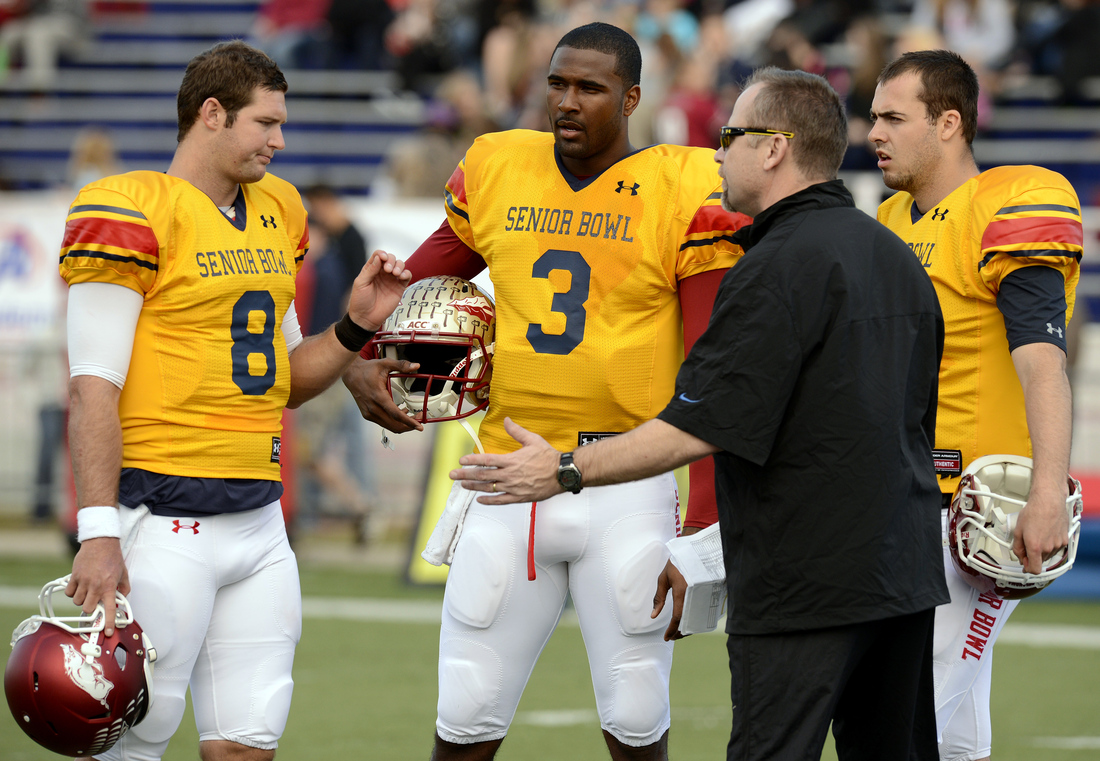 9. This was the last practice in pads as Thursday and Friday's practices are basically walk through's before the game at 3pm CT on Saturday.

10. It's been consistent that after each practice the Chiefs entire personnel department sits up in the stands together and goes over things. You always know where they are.

11. I had a chance to speak very briefly with new General Manager John Dorsey after the morning practice. He did not tell me who the Chiefs are going to draft unfortunately but I can echo what people have said about him -- he's a nice guy and very engaging in the brief time that we talked.

(Note by Joel: Talk about burying the lede!)

I'll be tweeting out more info tomorrow @bkissel7 and writing recaps after each practice as well.