Wilson has established himself through the first two days of Senior Bowl practices as the best player at the most important position on the field.

One of Wilson's rounds in 7-on-7 could not have been any better. The only incomplete pass was dropped by TE Vance McDonald from Rice. You could see Wilson scanning the field, moving his feet and delivering strong, accurate passes.

We don't have to oversell what this means for Wilson because comparing it to years of game film doesn't make any sense. But it did bring some life to the practice and stadium that hadn't yet seen a quarterback play like that.

Wilson talked about the timing with the wide receivers. "You start to get in a rhythm and a groove so that's all been positive."

One of the receivers for the South team that Wilson is already pretty familiar with is Arkansas teammate Cobi Hamilton, who finished the 2012 season with 90 catches and 1,335 yards. "I told him (Hamilton) earlier in the week that Saturday be ready because if it's even I'm coming your way." 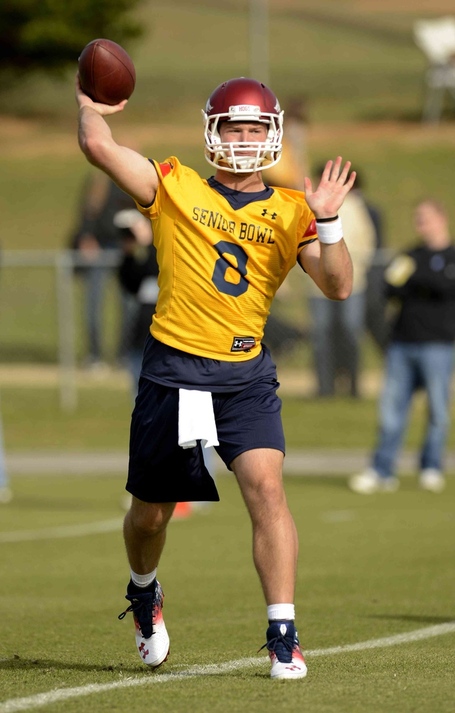 The star of the day

He made three fantastic plays on the day with the first being in 7 on 7 drills when he took a slant from EJ Manuel in heavy traffic on a ball that was thrown below the waist. Patton showed exceptional body control to adjust to the ball and then accelerate through the defense and in front of a crossing safety.

Later in the practice Patton had another big catch across the middle on a pass from Landry Jones. There are no 'alligator arms' when describing his willingness to go across the middle and make catches in traffic. 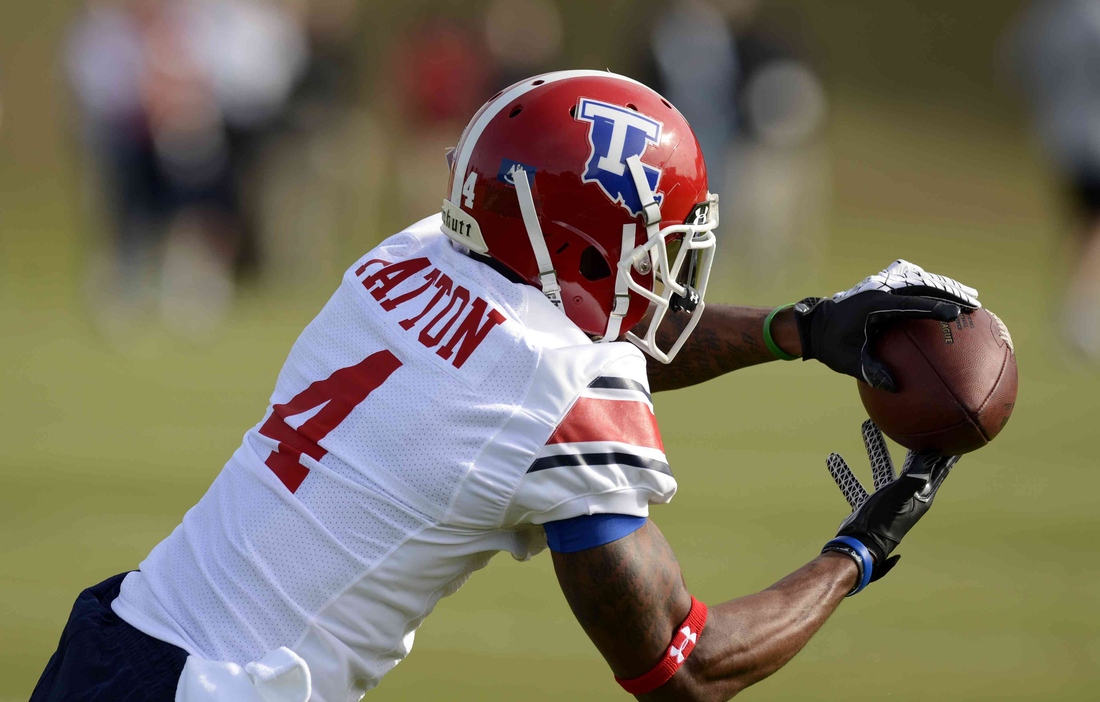 One other player that I was really interested in watching today was Alabama LB Nico Johnson. He's your prototypical 'thumper' SILB that needs to show the ability to play in space. It's hard to tell how good a player really is under these circumstances but I can tell you that he looked every bit as comfortable in space as fellow LB's Sean Porter, Chase Thomas and Vince Williams.

It's a need for the Chiefs heading into next season and Johnson fits the mold of a player to play the SILB position. If he can show that he's not a liability in coverage he'll really help his stock this week.