Senior Bowl 2013: Day one recap with receivers, safeties and more from the 2013 NFL Draft prospects

Day one of the 2013 Senior Bowl is in the books. BJ Kissel is in Mobile, Alabama, where he recaps the first day of practice, focusing on the wide receivers, a couple of safeties and more. Read all of BJ's Senior Bowl reports here.

Share All sharing options for: Senior Bowl 2013: Day one recap with receivers, safeties and more from the 2013 NFL Draft prospects

While none of the quarterbacks really seemed to separate themselves the same can not be said for the wide receivers. Marquise Goodwin of Texas, Chis Harper of Kansas State and Markus Wheaton of Oregon State had great days for the North squad.

Harper was the first-up to lead the drills and caught everything thrown his way all day long. Goodwin made a fantastic catch across the middle of the field early in the practice on a throw from Zac Dysert. The pass was thrown a touch behind him on a quick slant and Goodwin reached behind him and snagged the pass across the middle and broke into the open field.

Wheaton made two big-time plays down the field as he caught one slant across the middle in traffic on a pass that was thrown well-above his head. While the second catch was on a 9-route (fade) deep down the field where he had a one-on-one jump-ball situation where he came down with the pass.

The majority of the first part of the practice was the basics. Considering it was the first day it wasn't altogether too surprising that the first drills for the quarterbacks and lineman were basic hand-offs and blocking assignments. These guys are coming from all different programs with all different terminologies. Despite the fact that it was the Oakland Raiders coaching staff leading the practice I'll say they did a good job in getting guys flying around and on the same page. 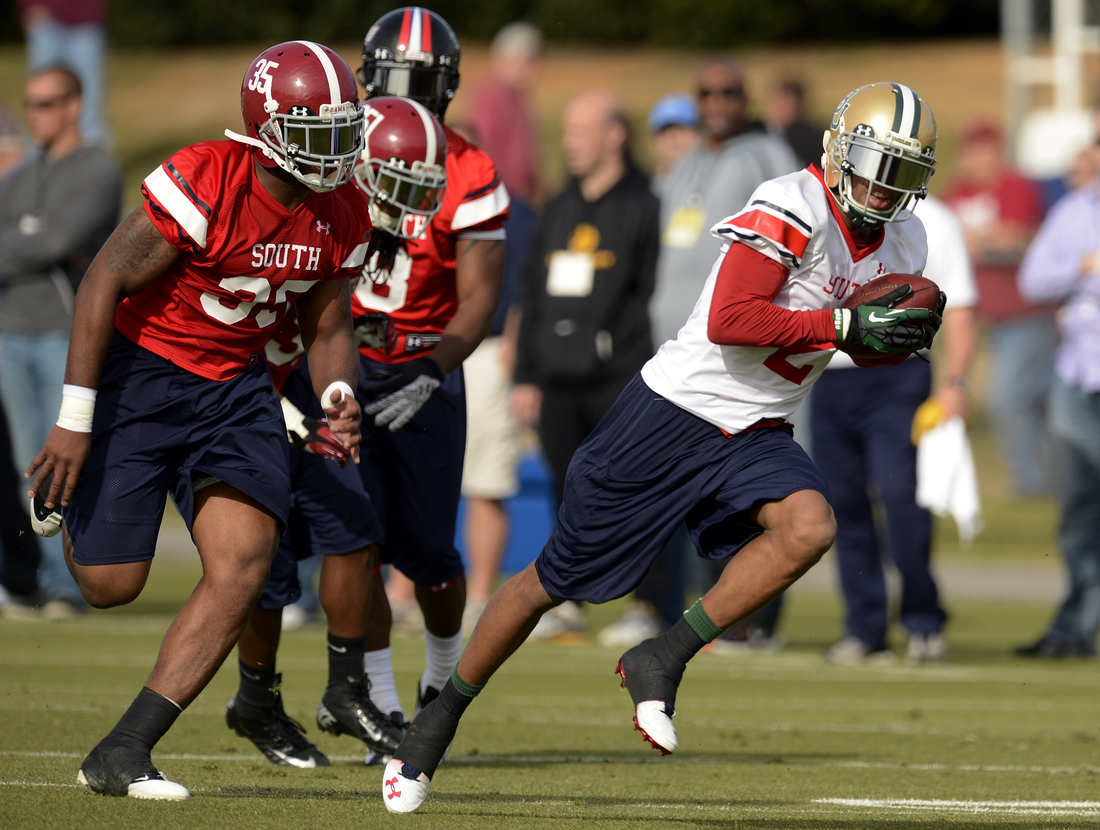 One guy that's opened some eyes after just one day of practice is Florida Atlantic strong safety Jonathan Cyprien. He caught the attention of many early Monday morning during the weigh-in as he was the consensus favorite for 'having looked like he didn't miss many workouts'.

On the field Cyprien didn't miss many chances to tell the offensive players how he felt about how they did on that particular play. Having not been close enough to hear exactly what was being said after each play, I'll be sure to get closer during Tuesday's practices to hear this 'friendly banter'.

I talked briefly with Cyprien after practice about the best advice he's received from his coaches at FIU.

"Being a leader," he said. "Pushing players even when I'm tired and always coming with a good attitude even when I'm down. They showed me how to unleash my enthusiasm." 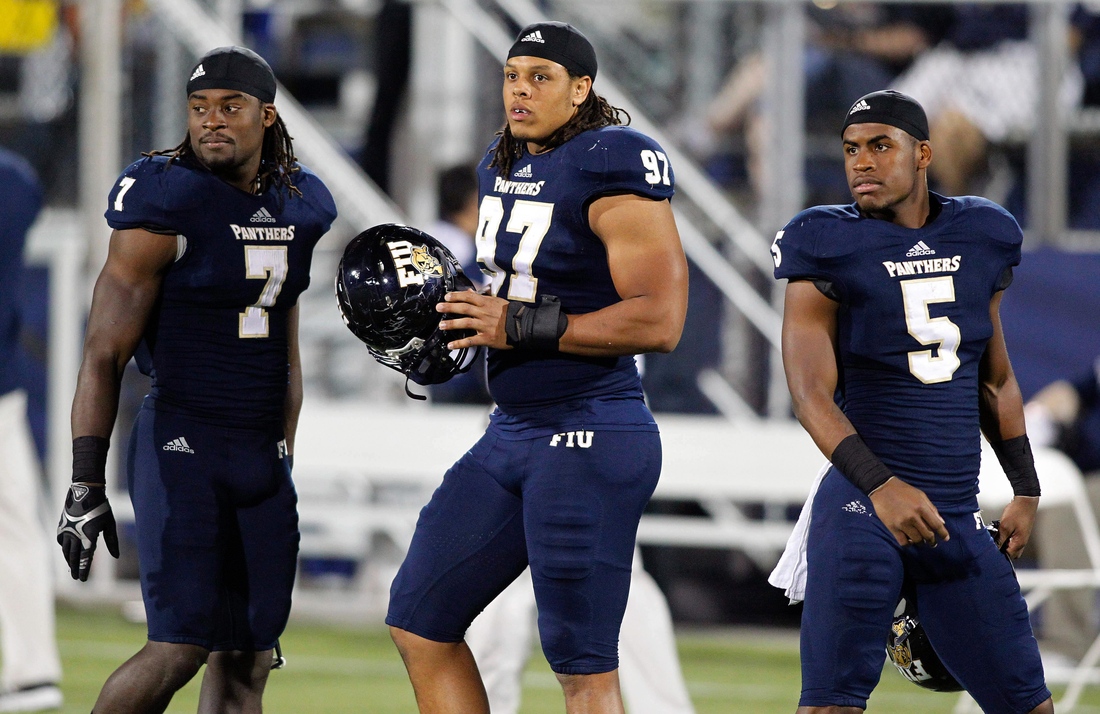 'That's the only way I know how to play the game'

Despite my homerism towards him, USC safety TJ McDonald has impressed others. He's definitely a guy to keep an eye on later in the week.

I had a chance to talk with McDonald on Monday night and asked him about the different ways in which USC moved him around from play to play. Some plays he'd be deep 15 yards off the LOS and the next he'd be blitzing off the edge, then lined up in the box on the following play.

"I like moving around but I feel that I moved around so much that I never got comfortable at one spot....I like the two-deep look where I'm playing down-hill," McDonald said on Monday night. "Maybe 10 yards off the line of scrimmage. I feel like if I get that I'll get a full head of steam and it'll be a headache for somebody."

"Definitely, that's how I was brought up," he said when asked about being intimidating at safety. "That's something that's always been my strength in being a physical guy. That's the only way I know how to play the game."

One player that did struggle off the start was Michigan's Denard Robinson. His first few reps at wide receiver were not pretty. He seemed to struggle with the footwork and balance of coming out of breaks on basic routes. He did make some nice plays towards the end of practice but he's definitely a project that's going to have to show some quick improvement over the next few days. It was interesting that he was wearing a yellow jersey all practice, which are only for the QBs. 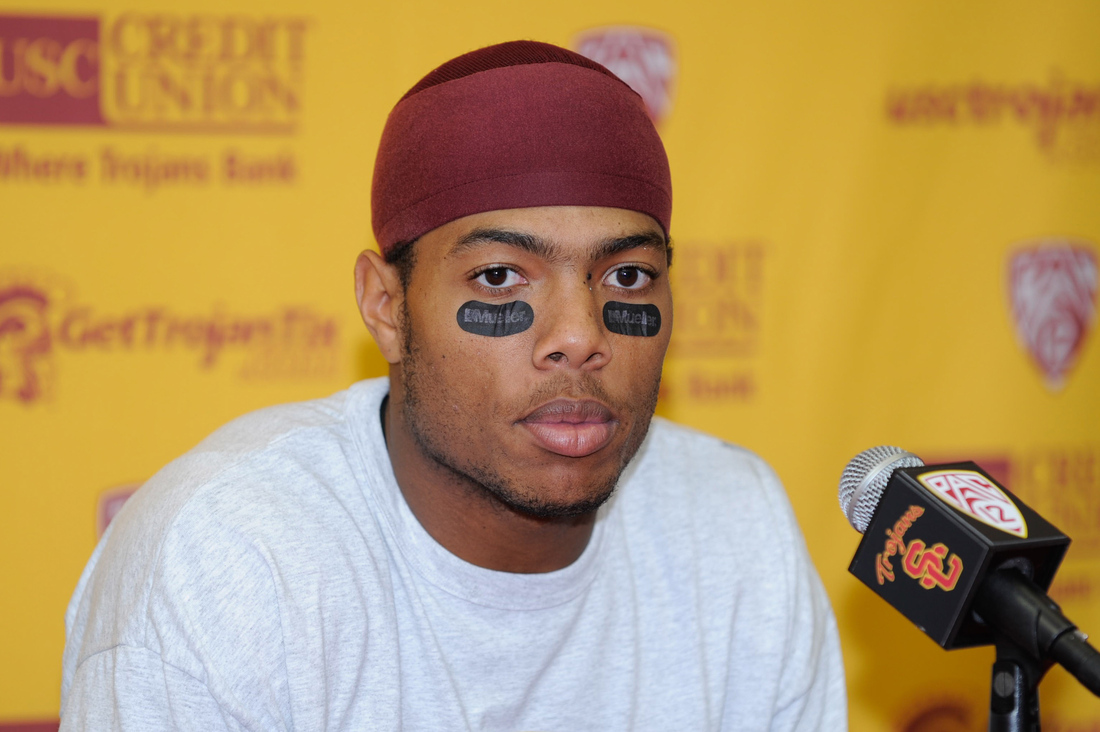 I did catch one of the Kansas City Chiefs personnel guys meeting with and taking notes on Colorado TE Nick Kasa once the practice was over.