The Kansas City Chiefs mission to find a new quarterback of the future has started. The Chiefs will work out free agent quarterback Rudy Carpenter next week.

Flying to Kansas City on Thursday for a workout! Just happy and thankful to maybe gettin back in!

Carpenter is the former Arizona State quarterback who went undrafted in 2009. He was picked up by the Dallas Cowboys, spent a couple years with the Tampa Bay Buccaneers and returned to the Cowboys last summer.

At first glance I don't see a big connection between Carpenter and any of the Chiefs decision makers. There is this, though: Clay Matthews, who was selected by John Dorsey and the Packers in the NFL Draft, sacking Rudy Carpenter in college: 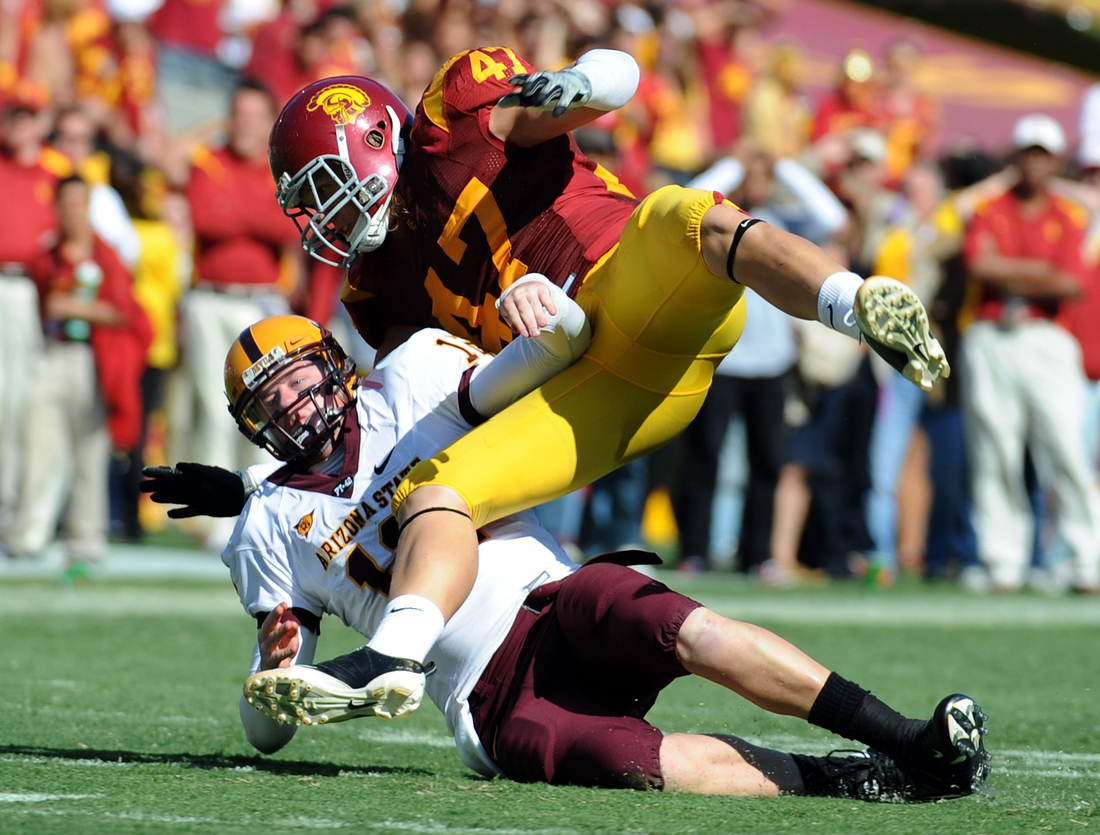 But other than that ... I don't see a connection.

It's possible the Chiefs could end up needing three quarterbacks next season. Two of them -- Matt Cassel and Ricky Stanzi -- are under contract. But there's no guarantee the new staff will want to keep them. Brady Quinn is scheduled to be a free agent.

Andy Reid said earlier this week that he's met with both Cassel and Stanzi. Chiefs GM John Dorsey said the staff is going through the tape evaluating the current roster.