The KC Chiefs 2013 scouting process will continue next week in Mobile, Alabama for the Senior Bowl. But before then we'll be getting a look at the 2013 NFL draft prospects at the East-West Shrine game on Saturday afternoon. This is your open thread for that game.

The East-West Shrine game is going down this afternoon so put your scouting caps on.

Mocking The Draft has a list of the key players to watch out for today. The NFLPA Collegiate Bowl is smaller but it's also going on today -- read up on that here.

Some of SB Nation's coverage this week:

Terron Armstead, OT, Arkansas-Pine Bluff: The small school left tackle looked fluid in his kick step much of the day and didn't allow defenders to get into his body. He seemed to show adequate strength when defensive ends tried to bull rush him and was able to fan some of the pass rushers wide in drills. I don't know if Armstead will be a starting left tackle in the NFL, but for teams looking for a swing tackle he could be a very interesting player. Armstead might be a candidate to kick inside and work as a pulling guard as well.

Brandon Thurmond, DE/LB, Arkansas-Pine Bluff: Thurmond was the best rusher off the edge I saw on Wednesday, including the East team's practice. He seemed to constantly run past the offensive lineman he faced, but he did it mostly with speed. One play in particular however, he had a lineman cross up after and inside out move. Another play in 11-on-11 drilled he had an offensive lineman on rollerskates with his bull rush. Thurmond looks like a great candidate for a 3-4 rush linebacker at the next level.

I looked at some of the pictures from last year's Shrine game and .... is that Brad Childress? 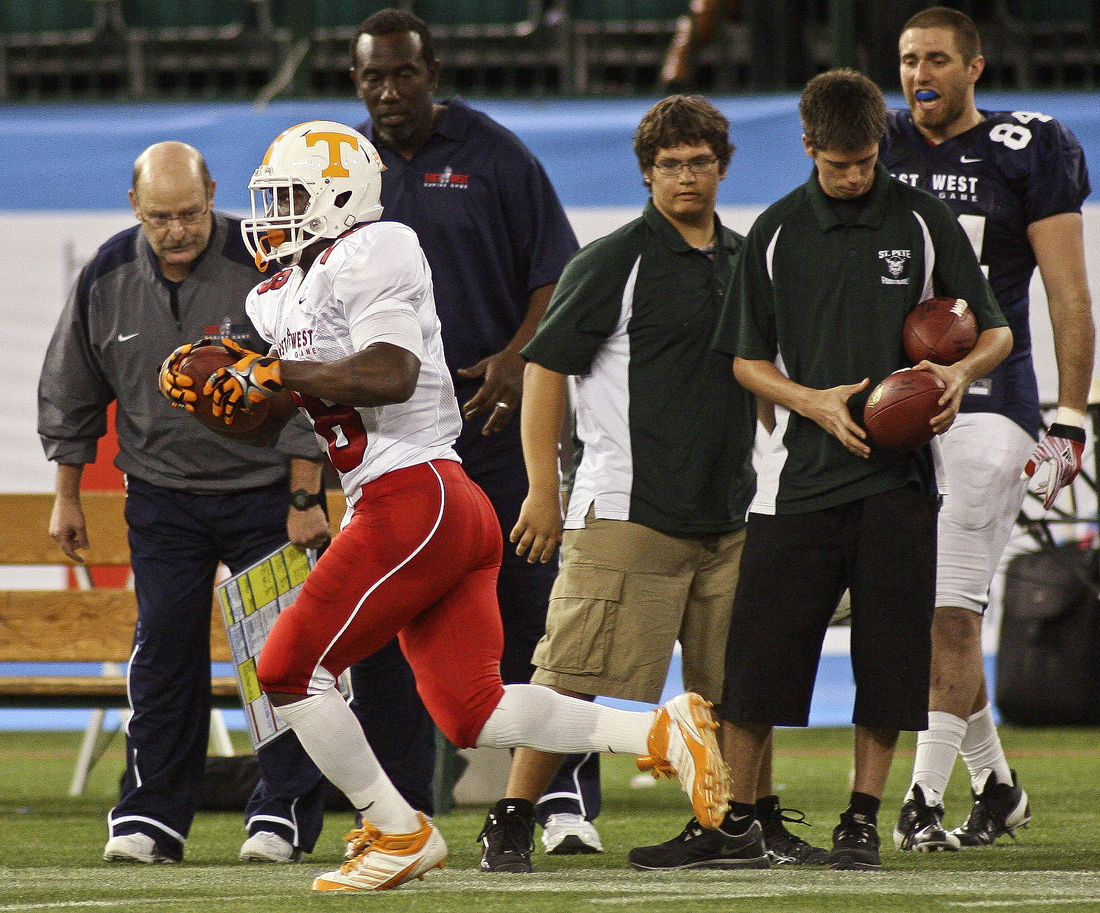 Yes, it is. Is he a Chiefs coach? I dunno yet. We could find that out this week.

Who to watch at LB and DB

Who to watch at RB, WR and TE

Who to watch at QB