A new sheriff in town means a new offense. Or something like that. The Chiefs are expected to move to Andy Reid's version of the West Coast offense. Let's take a step back and review a short history of offensive schemes and then see how the Chiefs fit in.

Share All sharing options for: Your guide to Andy Reid's West Coast offense and the Kansas City Chiefs

In today's NFL there isn't just one specific offensive philosophy used by each team or coach. The game has evolved over time that each coach has his own adaptation to schemes and philosophies used by coaches all the way back to the days of Sid Gillman, Ron Erhardt, Ray Perkins, Don Coryell and Bill Walsh.

There are three main offensive philosophies and adaptations of those certain schemes that have been prevalent recently for the Kansas City Chiefs, and for most teams around the NFL. The Erhardt-Perkins, "Air" Coryell and the West Coast system. You can trace any NFL offense and coach back to one of these three systems.

Let's talk briefly about each of these and a basic understanding of each and remember, all coaches have their own wrinkles and adaptations of these offenses.

The defense: Chiefs staying with the 3-4 | What the 4-3 would've looked like

The Erhardt-Perkins system was devised by Ron Erhardt and Ray Perkins, both assistants with the New York Giants in the 1970's. This is the same offensive philosophy that former Chiefs' offensive coordinators Charlie Weis and Brian Daboll use as a basis for their system.

This system that was routinely described as 'Smashmouth football'. They often used bigger backs, bigger lineman and didn't feature their backs in the passing game. They used their lineman to pull, trap and valued time of possession. It was using the run to set up the pass. This system was devised in the Northeast part of the country (New York, New England) where consistently throwing the ball in adverse weather conditions would be problematic.

Erhardt coined the phrase, 'throw to score, run to win'.

The legacy of the Erhardt-Perkins offense is the use of a smaller number of plays run from a large number of formations with different personnel groupings - the same running play, for instance, might be run from eight different formations.

Perkins and Erhardt developed a numbers-based system for communicating what every player on the field has to do on each play. Numbers dictate formations, blocking schemes and which back carries the ball through which hole on running plays. Code words tell receivers which routes to run, who is in motion and who has to break off short for hot routes on blitzes. [source]

In today's more pass-happy NFL you see variations of the EP system shown in different ways. But the premise of a fullback, blocking tight end and the passing game through play-action, vertical throws are all ideas bred from the EP system.

More: The case for Geno Smith

Coryell, the former San Diego Chargers head coach from '78-'86, devised a vertical passing game to attack defenses down-field through seams with timing and rhythm. The system spread out a defense as five receivers would run deep-mid range routes with at least two 'speedy' receivers running deep. This offense required a strong-armed QB and more talent at the receiver position than your other offensive schemes. 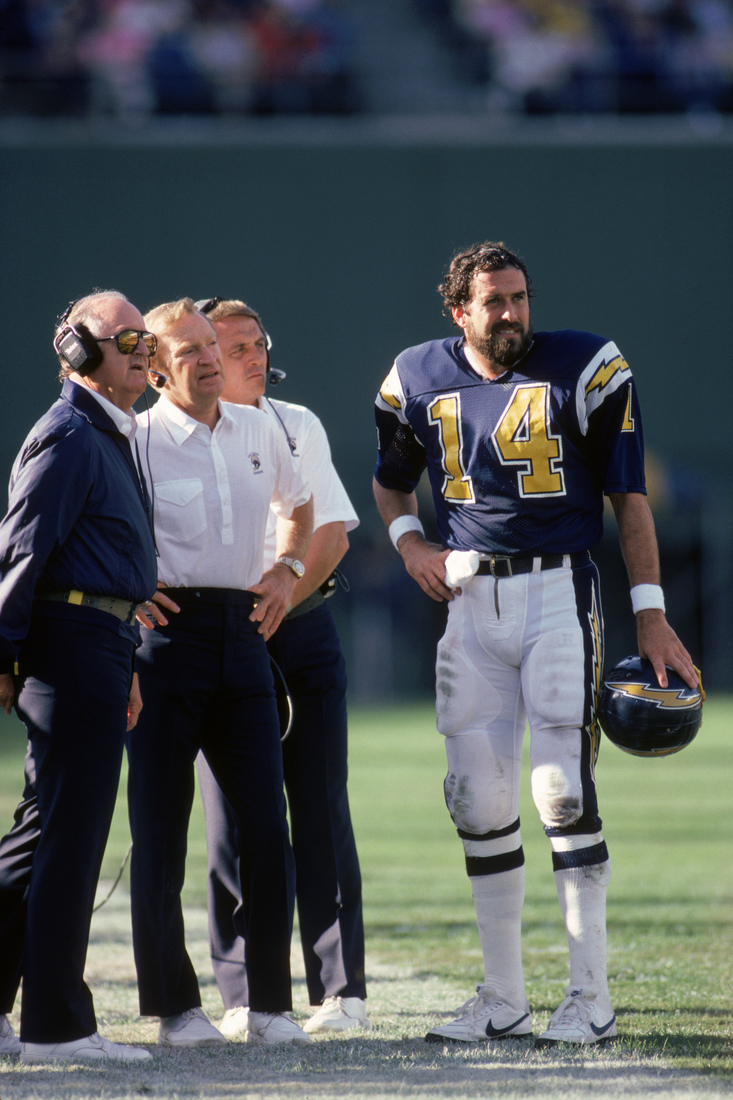 This scheme first served up 'option-routes' for the wide receivers based on the coverage that they were seeing from the defense. This system often had no specific formations for the wide receivers on a given play but to find the weakness of a defense and to flood that area of the field with route combinations. It was a sophisticated offense that first introduced the idea of a tight end running receiver routes. Kellen Winslow became a Hall of Fame player in this system as he was put into motion, lined up at receiver, and played in a system that first identified the physical mismatches of a tight-end with that skill set to an offenses advantage.

Due to the Mel Blount rule enacted in 1978 (not being able to touch a WR after five yards) Coryell would set his receivers in motion which would do two things for the offense: keep the receivers from being jammed at the line of scrimmage and allow the QB to see if the defense was playing man or zone defense. These were concepts first used by Don Coryell.

Coryell managed to maintain an edge by combating both press and man coverage with constant motion. He split backs out wide and shuffled receivers along the line of scrimmage to make defenders hesitant; complicating defensive assignments or, at the very least, keeping them on their toes. [source]

Most of today's NFL down-field passing game is derived from concepts that started in the "Air" Coryell system. Joe Gibbs, Norv Turner, Mike Martz and Brian Schottenheimer are just a few coaches who are largely connected with this system. Brian Daboll was reported to have combinations of the EP and 'Air' Coryell systems in his offensive philosophy.

More: The case for Tyler Wilson

Now it's time to talk about Andy Reid and the West Coast offense.

The West Coast system is largely devised of short, quick, ball-controlled passes and are widely associated with Bill Walsh and the 49ers FIVE Super Bowl teams between 1981-94. With Mike Holmgren ('89) and Mike Shannahan ('94) putting their own spin on Walsh's West Coast system in those final two Super Bowls for the 49ers. It favors a high-completion percentage and minimizing risk of negative plays in the passing game. The idea of the West Coast offense much like the 'Air' Coryell offense is to use the pass to set-up the run. The Coryell offense would try and spread a team vertically with down-field passing, while the West Coast offense would try and spread a team horizontally.

Routes are timed to match receiver steps and quarterback steps, with a healthy mix between 3-step and 5-step drops. It's not about long bombs (though it has these too), but instead about efficiency. This is probably Walsh's defining legacy. [source]

The receivers in a West Coast offense generally don't need the same level of talent as those in a Coryell, down-field passing game. The Coryell system would need play-making speedy receivers to go down field and make plays on the ball. The West Coast system is based on high-percentage, quick throws and yards after the catch.

The offense is a quarterback-oriented attack based on a progression-type passing game with mostly, but not exclusively, short and intermediate routes. It is dependent on the quarterback's ability to read coverages quickly, identify the progression of receivers and throw in rhythm so he hits the receivers in stride, enabling them to gain yards after the catch. [source] 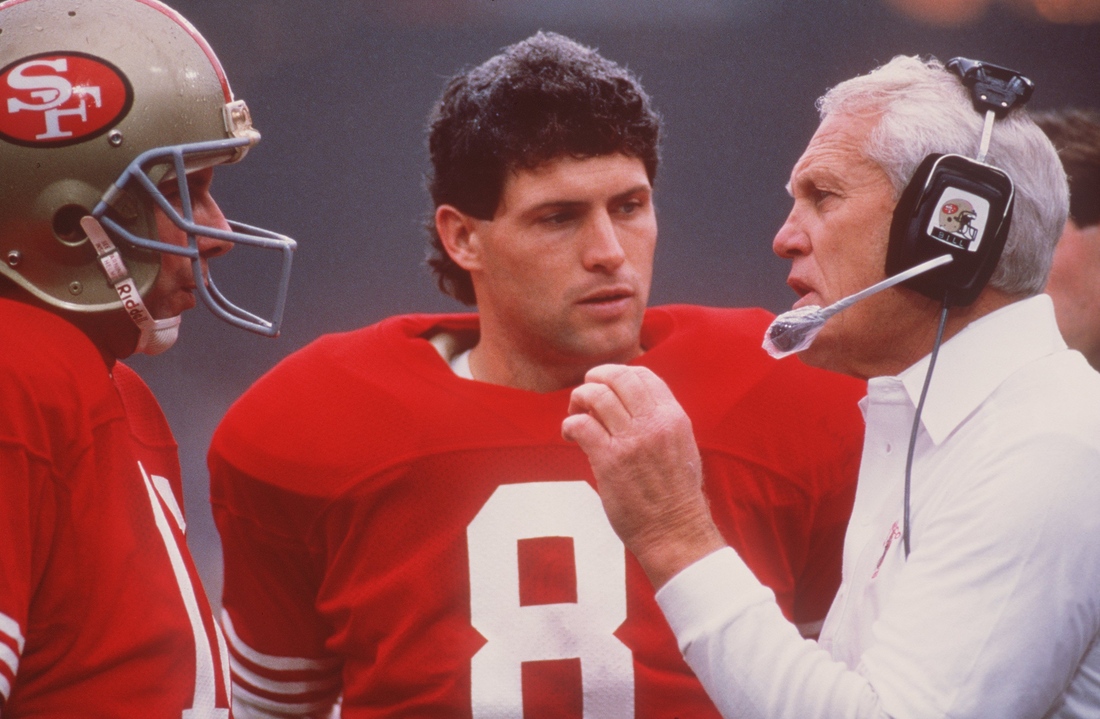 Many believe the West Coast offense is fading away because of the ability to score quickly and pick up bigger chunks of yards with a spread attack. As quarterbacks become bigger, stronger and more accurate down the field and wide receivers get bigger, faster and stronger the game is leaning towards a more quick-strike attack mentality. Some believe the game's rule changes are favoring down the field passing as well.

The main thing Chiefs fans want to know right now is how the new system will affect the current personnel?

Much was made over Jamaal Charles' role in this West Coast offense when Andy Reid was first hired. People saying that Andy Reid didn't care about the running game and using LeSean McCoy as an example of what Charles can expect.

While it's true that the West Coast offense is designed to have these short-quick passes set up the running game, it's not true that the offense will be devoid of any kind of running game. Over the past five years Jamaal Charles has played 65 games with 784 rushing attempts, good for an average of 12.06 carries per game. LeSean McCoy has played in 58 games in his career under Andy Reid and has 835 rushing attempts, good for 14.3 attempts per game on average.

One of the changes we might notice is how much Jamaal Charles is used catching passes out of the backfield. Over those same number of games in their careers Charles has averaged 3.3 targets per game in the passing game while McCoy has averaged 4.86.

Obviously they aren't the same player but it gives some statistics on running backs in Andy Reid's system compared to what we've seen with our offensive philosophy over the past few seasons.

Despite being a pass-first offense the West Coast offense is still dependent on the play-pass and the defense's respect of the running game. With a passing game primarily of short, high percentage throws the offense's big plays come from the play-pass, or action-pass variety.

For many pass-first spreads, the play-action pass is a non-starter because the run is an afterthought. But it is also the main source of the West Coast Offense's explosive plays. [source]

And coming soon to Arrowhead Stadium

All coaches have their adaptations of bits and pieces of each of these concepts but what we're going to see with the Chiefs this season is a 'pass to set up the run' philosophy in the West Coast offense. That's different than the past few seasons with an Erhardt-Perkins' 'run to set up the pass' dominated philosophy.

The biggest question now is finding a quarterback that can run this system. A system that values accuracy over arm-strength.