John Dorsey introduced by Chiefs to his 'dream job'

The Kansas City Chiefs introduced John Dorsey as the team's sixth general manager in franchise history at Monday press conference. Below are notes and quotes from Clark Hunt and John Dorsey.

Share All sharing options for: John Dorsey introduced by Chiefs to his 'dream job'

Hunt spoke with others about Dorsey. "Each person I spoke to emphasized John's skill as a talent evaluator and his ability to build a consensus as the best decision for the team."

Hunt mentions Dorsey's wife has strong ties to the Kansas City community -- she went to KU.

Everything we wrote about the Chiefs GM search

Dorsey's opening statement: "It is an honor today to be a member of one of the finest franchises in all of sports. I'd like to thank Clark and the entire Hunt family for inviting my family into the Chief family. This has been a seven day journey and it's been awesome. I humbly stand here today and I accept the challenges and responsibility of my duties."

On Lamar Hunt: "He's a pillar of the NFL. He's the founder of the Chiefs. I never had a chance to meet this man. I've heard such wonderful stories."

Dorsey on the GM-coach relationship: "I always admired the one trait they could do and that was work alongside the head coach because I think when the GM and head coach are in sync on the same thing, when they come to work every day, they check their egos at the closet, roll their sleeves up and get to work."

Dorsey: "We would like to be consistently competitive in the division, the conference and ultimately the Super Bowl."

Dorsey's message to the fans: "I am going to do everything within my God-given ability that we have as competitive as a team in the NFL as anyone in the NFL. I want to remind them. Please be patient. This is not a sprint. It is a marathon." 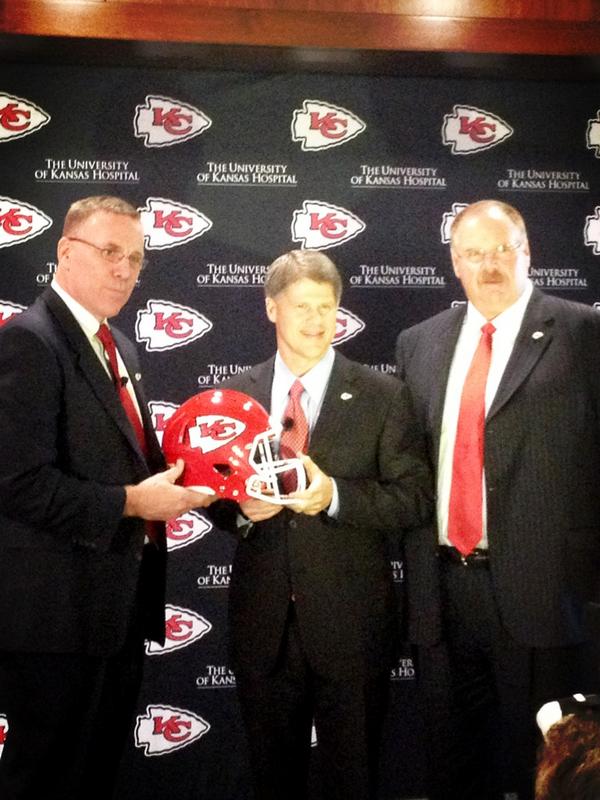 Dorsey on his draft philosophy: "Pick the best available player."

Dorsey on the NFL draft: "I haven't had a time yet to sit together as a staff, sit with coach Reid and get his understanding and make-up. He's still trying to put a coaching staff together. I'm still getting used to the personnel staff here."

Dorsey on the Packers model: "We've been doing the same model and concept over the last 20 years. We've refined it and tightened it up to where it is today." Hopes to implement a similar system with the Chiefs.

Dorsey on his role in Green Bay: "The important thing to remember when you sit in that chair, that chair that makes decisions, I didn't sit in that chair. Ted did and Ron did. But the chair I sat in, what I had to do was convince them that what I was telling them that that was correct."

Dorsey on why KC: "Perfect storm. You know what I mean by that? This is my dream job. Always has been. Ever since I met my wife in 1993, I've always wanted to and I've always dreamt of being the GM of the Chiefs one day."

Dorsey on why type of worker he is: "How you manage people and how you evaluate ultimately in this business determines your success."

Dorsey on free agency: "I like to be selective in free agency. I've always believed you can still get value within that philosophy and you can still acquire players. I think every year has a different case scenario and I think each year you have to study that and make determinations when you get together and set your free agency plan in motion." 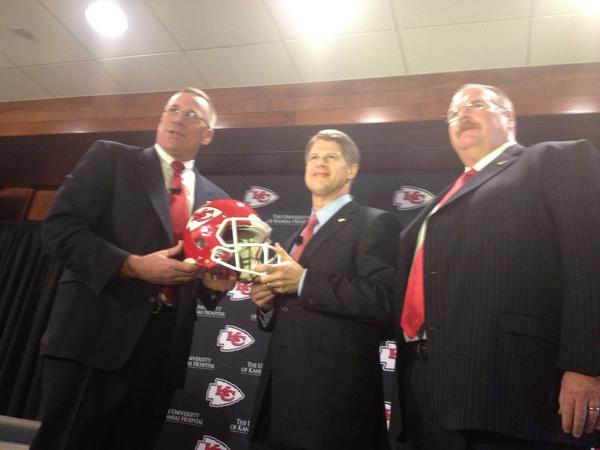 Hunt on meeting Dorsey: "He expressed how excited he was that I was reaching out to him. In his interview, and although it went on for a while, he showed a high degree of enthusiasm the whole way. It was very clear to me that Kansas City was a priority for him."

Dorsey on the GM-coach relationship: "A relationship between the head coach and the general manager is paramount of success in the NFL today. They both have to have the same philosophy and understanding. They have to be able to have discussion. Not debate but discussion. And ultimately have discussion that is best for the Kansas City Chiefs. With Andy Reid, I know I have that. I know the type of man he is and at the end of the day you want to know that collectively this thing is going to work. And it is going to work."

Dorsey on the free agents: "Give me three or four days to assess the talent level and I'll get back to you."

Dorsey says he will do the contracts.

Dorsey on the draft: "When you sit there on that draft day, all the hard decisions have been made. Now it's time for your facts to make your decisions for you."