The Chargers visit the Chiefs at Arrowhead in Week 4 and we've got a few questions before the game.

The Kansas City Chiefs host the San Diego Chargers at Arrowhead Stadium today and we've got all kinds of questions. What happens if Justin Houston continues to break out? Is 39 carries touches too much for Jamaal Charles? And did you know Dwayne Bowe is moving up in the record books this weekend?

What if Justin Houston is turning into a star?

He is second in the NFL with 9.5 sacks in his last eight games. From the last five games of last year to last week, Houston has been a different player.

If -- and this is a big if -- Houston is developing into a legit No. 2 pass rusher, the Chiefs defense will be very salty. Very salty. This was already a defense on the verge of being a top 10 unit without a threatening No. 2 pass rusher. Add that all important second pass rusher into the mix and the Chiefs D can be very good.

If Houston is indeed turning into a star, we need to acknowledge that and appreciate it. It's been a long time since we've had two pass rushers to cheer for in KC.

How will the offensive line shuffle work out?

This is the big one. The Chiefs are going through a fairly dramatic change with one playing changing positions (Ryan Lilja to center), another taking a starting role (Jeff Allen to guard) and two reserves signed (Russ Hochstein and Bryan Mattison). That's a lot going on in one week. The Chiefs line, especially those vets who know what they're doing, like Eric Winston, need to keep this line together.

The big area to keep an eye on is center, where Lilja will be going for his second straight week without any center-quarterback exchange problems. 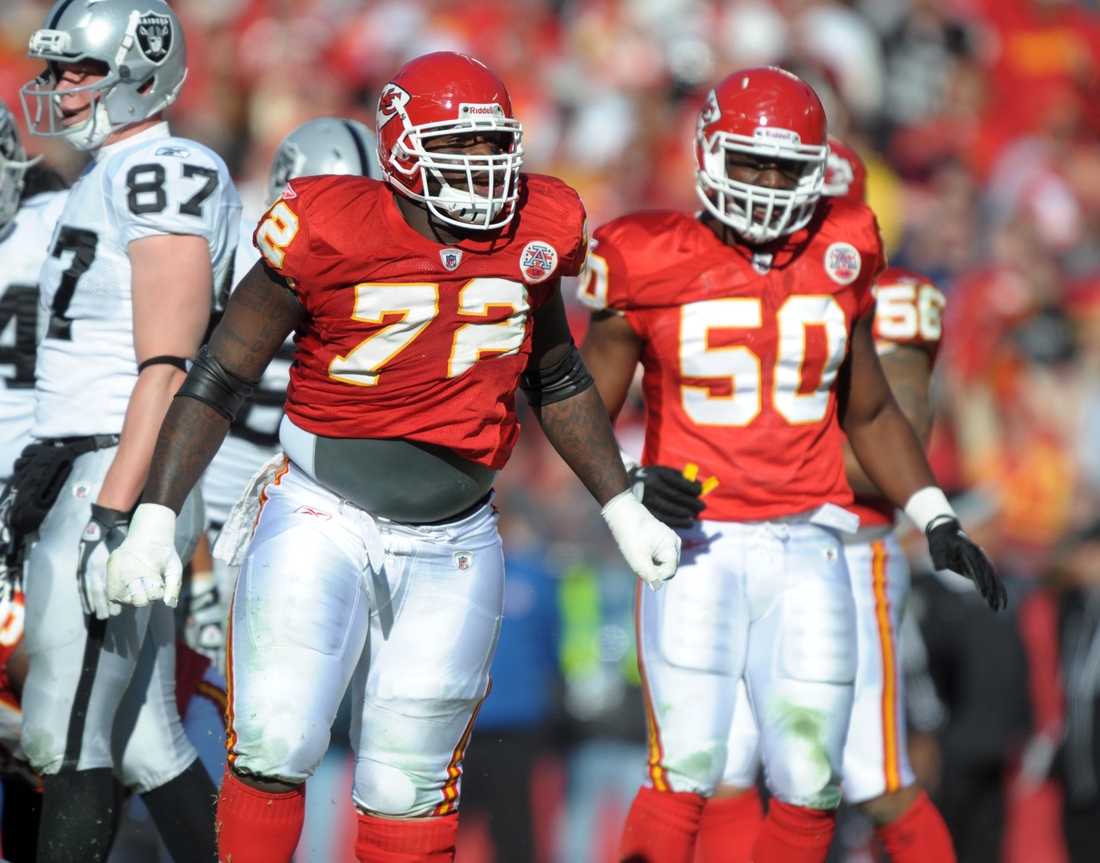 Will Tony Moeaki break out?

He's been fairly quiet since coming back from his ACL tear with six receptions for 58 yards this season. Kevin Boss is now out of this game. Did you know that with Boss out last week Moeaki played a whopping 99 percent of the snaps? Steve Maneri was in on just 22 percent of the snaps. This could be a big opportunity for Moeaki.

Can D-Bowe get a little recognition?

He's going to be moving up in the Chiefs record books soon. Bowe is two receptions shy of Kimble Anders and 7th place on the Chiefs all-time receptions. He's 10 receptions away from tying Stephone Paige. With a big game -- 148 yards -- he can pass Eddie Kennison's franchise marks for receiving yards.

That said, D-Bowe's stats against the Chargers aren't very great. They've been able to hold him down so someone -- lookin' at you, Steve Breaston or Dexter McCluster -- will have to step up. 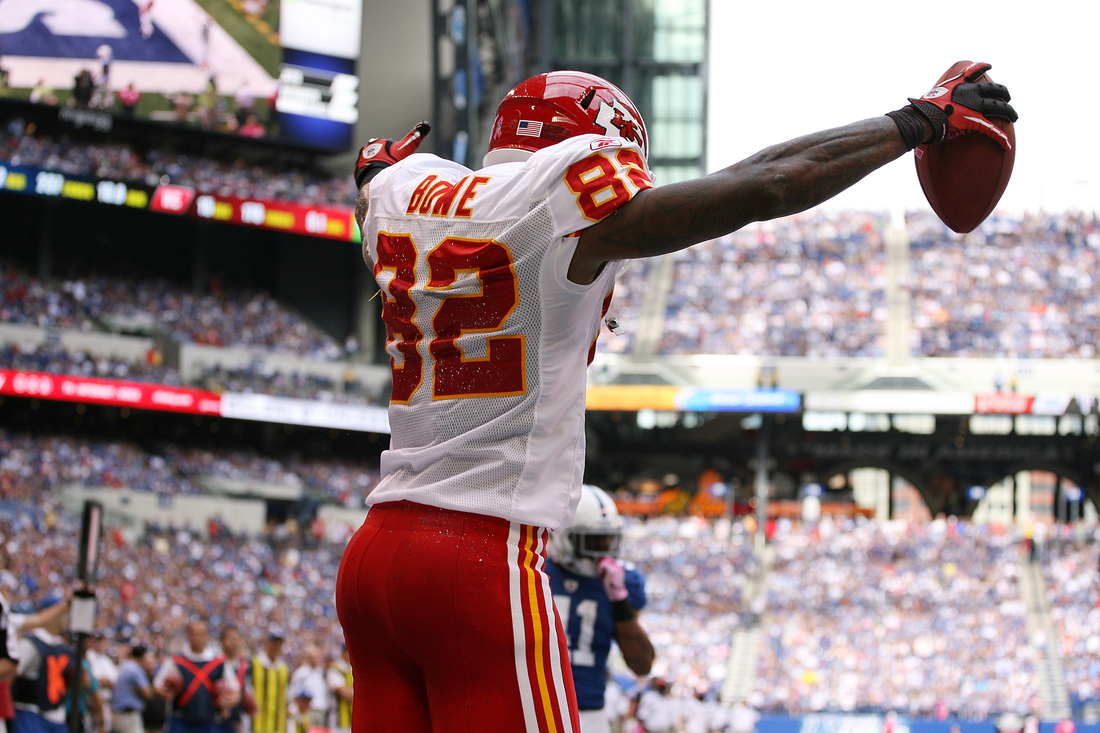 Can Jamaal stay on the field?

39 carries, which he had last week, is a lot. The Chiefs aren't showing any signs of concern over that. Charles practiced all week so I have no reason to think they'll take it easy on him. But they should be very careful of how many carries he gets. On the one hand, you do what you need to do in the heat of the moment to win the game. On the other hand, something about a marathon and not a sprint makes sense here.