Share All sharing options for: Justin Houston is a smart man: taking tips from Tamba Hali

Justin Houston has had a couple of monster games early in his career with three sacks towards the end of last year against the Chicago Bears and three more last week against the New Orleans Saints. As KC Star reporter Randy Covitz pointed out while prefacing a question to Houston this week, the Chiefs LB is second in the NFL in sacks over his last eight games.

That's half a season. A small sample size but not the insignificant. Houston has been impressive. It's exciting to think about what the Chiefs defense can become with him. It kinda makes me think this guy, who predicted Houston would become a "household name", knew what he was talking about.

One thing I noticed while skimming through Houston's media session quotes today is that he appreciates the guy lining up on the other side of him -- Tamba Hail.

"I'm learning a lot from Tamba [Hali] and Joe Kim, they're teaching me a lot of things, so now I can just use that on the field," Houston said, via comments sent out by the Chiefs.

Joe Kim is Master Joe Kim (but apparently they don't call him master anymore, which is unfortunate). He's the guy you see on the field early before games with Tamba.

Houston stated the obvious and called Hali "a great pass rusher, he's been doing it for a while now, and he's started to throw me his little tips." And Houston is using those tips.

It's because Hali is so great that Houston has a big advantage. As he explains it, the "red dot" is always on Tamba, meaning teams are keying in on him. Not that they ignore Houston but he doesn't have 35 sacks over the last three years like Tamba.

"When you've got a guy like that in him, you have no choice but to key him the whole game," Houston said. 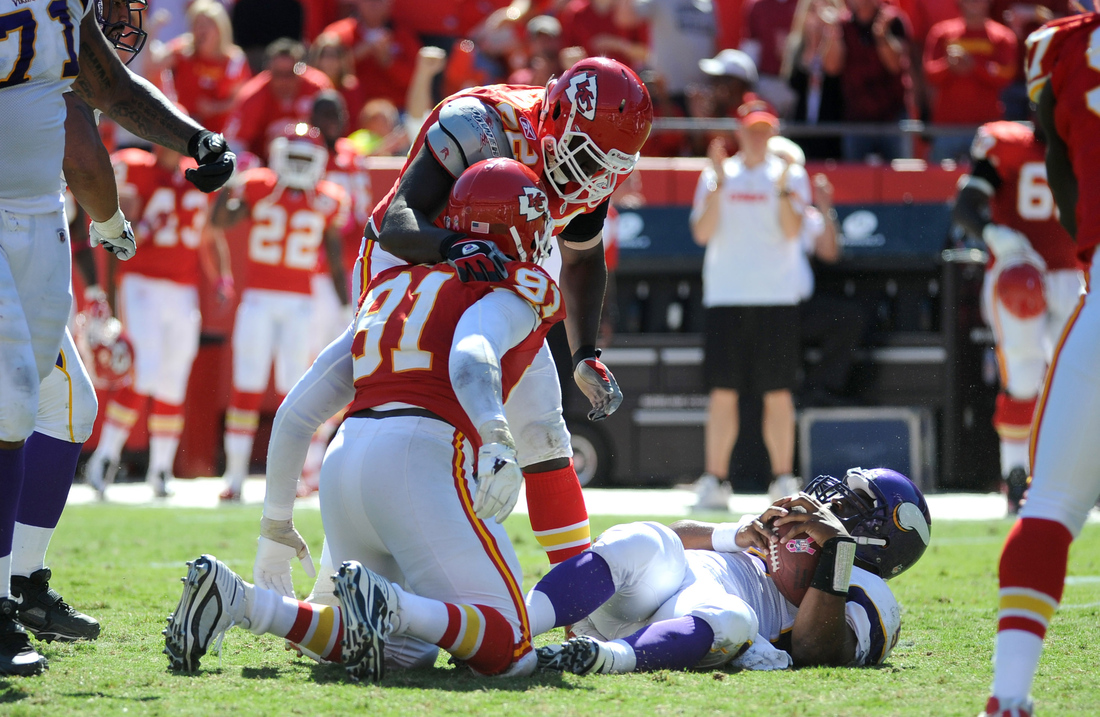 Houston has four sacks already. Tamba has none. If this trend continues and Houston ends up with more sacks then I suppose the student has become the teacher (which never happened with me and Chris because I never lost to him in athletic events).

This is going to be an interesting subplot to the season -- who will lead the Chiefs in sacks this year?

I seem to remember a time when the Chiefs were a pretty damn dominant pass rushing team. A couple of guys...what were their names?

"Us, I guess it's like the new era of those guys who used to be here," Hali said. "Derrick Thomas and Neil Smith. Like now, I always watch Dwight Freeney and Robert Mathis. So we're trying to get that done here."

Uh, yeah, I'd take that combo.

While we're on the subject, check out this guy below in a suit talking about Houston's performance last weekend.