Here's how the Chiefs can beat the Chargers

The KC Chiefs can beat the Chargers in Week 4. Here's how they do it.

Share All sharing options for: Here's how the Chiefs can beat the Chargers

The Kansas City Chiefs host the San Diego Chargers on Sunday and on the line is a share of first place for the KC Chiefs. The Chargers at 2-1 hold a one-game lead over the 1-2 Chiefs. We're awfully excited for a team that has been blown out for two of the last three weeks but the 2011 season taught a little something about bad starts.

I'm ready for this game. The last two years have shown us the Chiefs can beat the Chargers at Arrowhead. They can do it again in Week 4.

Here's how the Chiefs trump the Chargers:

So the key to every Chiefs game is to run the ball well. This "run, run, run" has been our top key for a while now in any of these posts about what the Chiefs need to do to win.

That's true this week, but in a different kind of way.

Jamaal Charles had 39 touches last week. That's a lot. While you can never have too much Jamaal Charles, the Chiefs do need to have a plan in place in case he wears down. Peyton Hillis may not play this weekend. That puts the onus on guys like Shaun Draughn and Nate Eachus. They need to step up and be there for Charles.

I can't imagine Romeo Crennel is planning on another 39 touches for Charles. The guy is tough is tough as hell but this is Week 4. I hope Charles is honest about how he feels if he's taking a beating.

Running Charles is important, yes. But the Chiefs need the support around him so this isn't another 39-carry performance. Not quite running back by committee but something closer to that than what we saw last week. 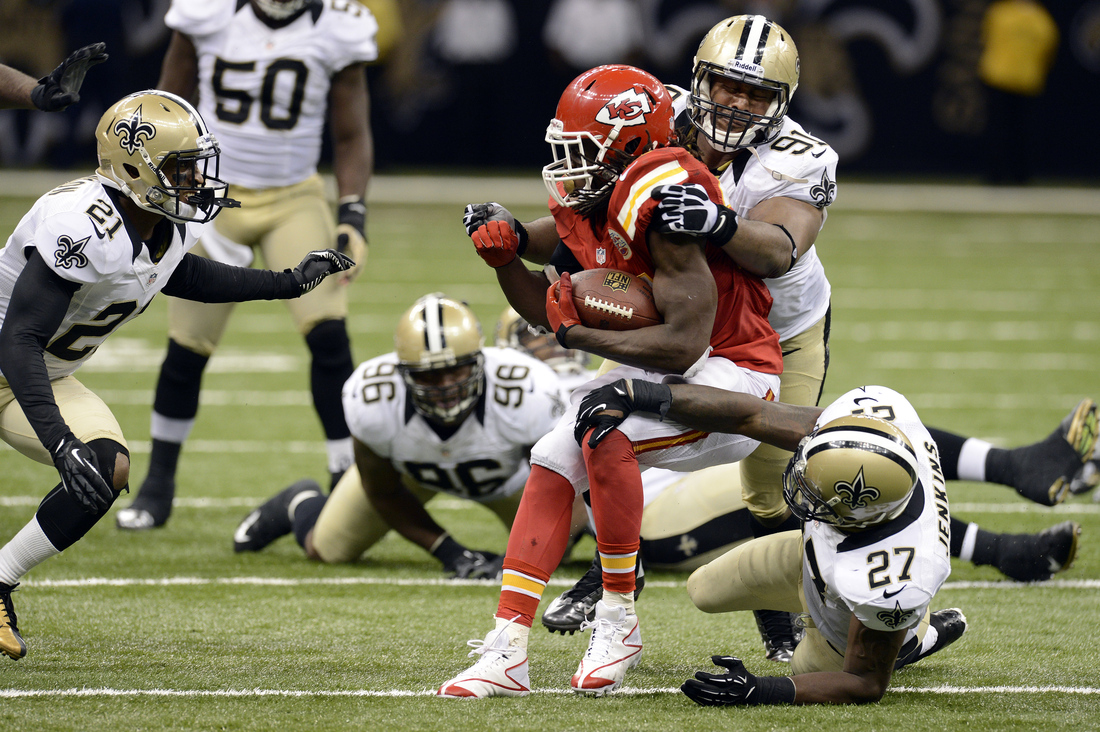 2. No mistakes with the new offensive line

Rodney Hudson is out. Ryan Lilja is the new center. Jeff Allen is the new guard.

Everyone has injuries. No one besides the Chiefs and Chiefs fans care about those injuries.

KC's offensive line needs to play like a veteran unit. I'm talking about Lilja doing what he did last week, stepping into the center position and successfully completing every snap. Allen's young and will get better.

The Chargers defensive front is better than New Orleans. This is a bigger test. KC can not fail, especially with center-quarterback exchanges. Lilja and Matt Cassel will snap the ball to each other well over 60 times (or over 90, like last week). Don't screw it up. 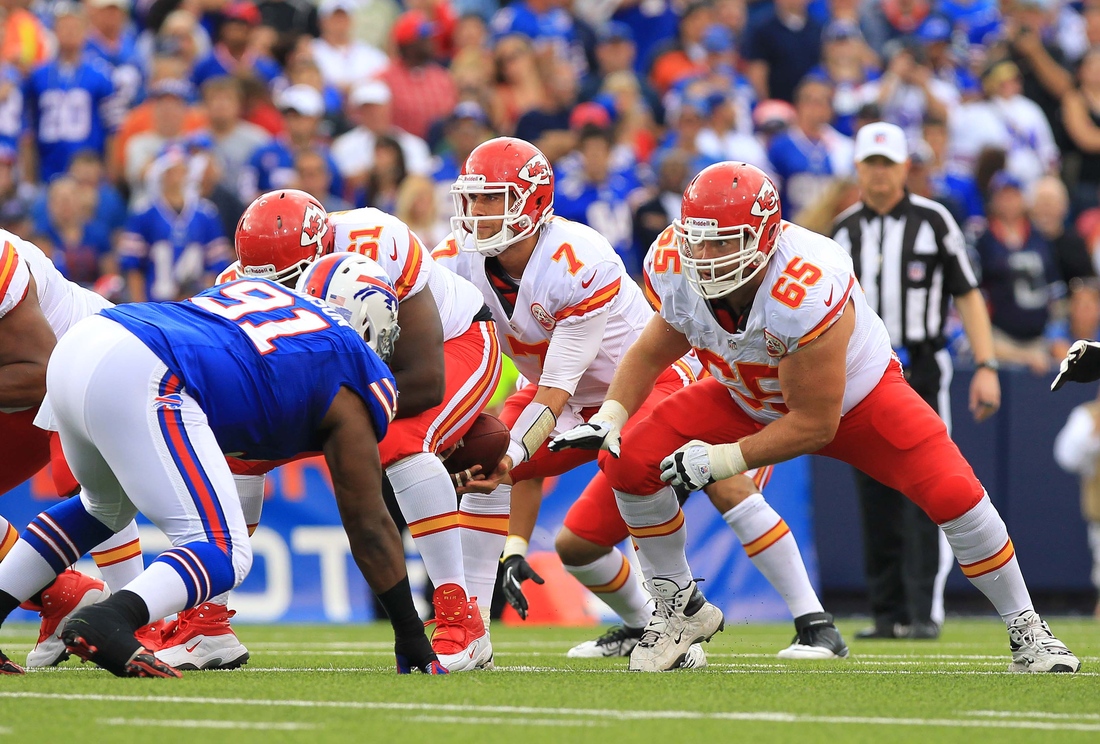 Two ways to look at last week's game and the decision to go for the tie instead of the win at the end of regulation.

Romeo Crennel showed no faith in Matt Cassel to lead them down for a quick touchdown to win it.

Or...Romeo Crennel trusted the hell out of his defense to get a stop in overtime when they needed it most. I mean, they did hold the Saints scoreless for their final six possessions. They stepped up when Romeo needed them to the most. To me, that's showing some faith in the defense. And, frankly, there was little reason to trust them with the way they'd played the previous two weeks.

The Chiefs defense needs another strong performance. Crennel believes in them. Make him look smart. 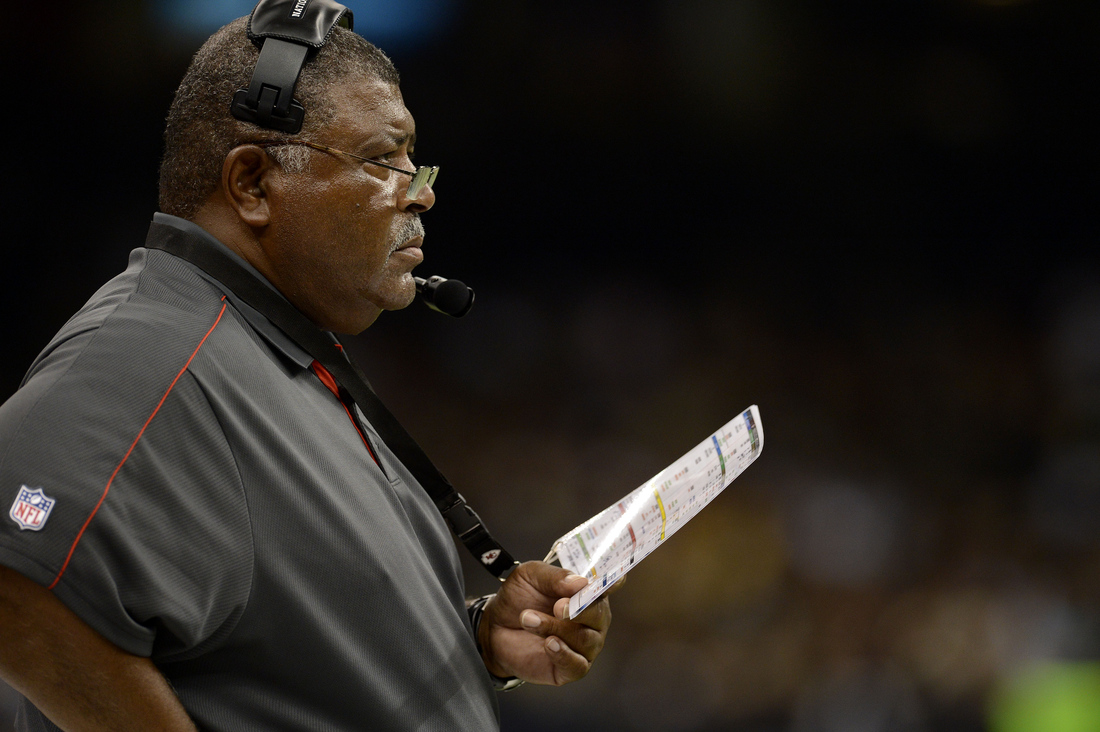 I like Tamba's chances. Gaither has been hurt so he's a possibility to play Sunday but not a lock. Tamba knows him a little bit from Gaither's brief time as a Chief but that doesn't really matter. Tamba's the superior talent. He needs to dominate Gaither and harass Philip Rivers.

I could go for a strip sack. 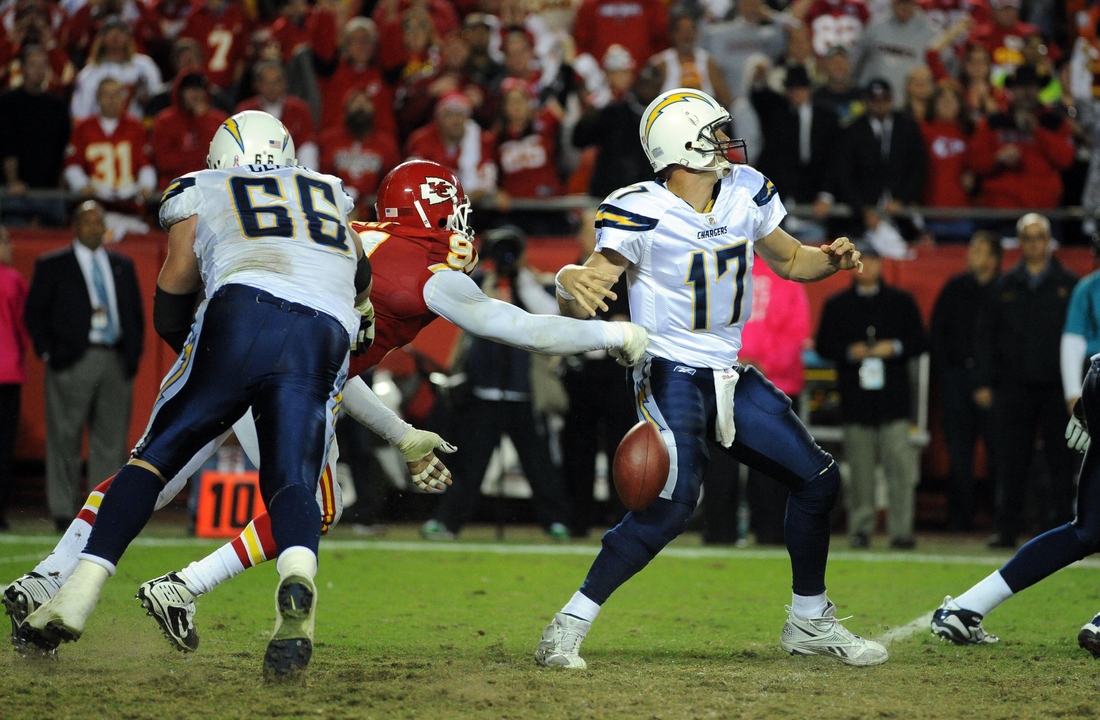 5. Dwayne Bowe then who?

So, yeah. Bowe might be shut down this game. The Chiefs need to prepare for that. Last year this was Jon Baldwin's breakout game -- 5 receptions for 82 yards, including that beautiful touchdown.

If Dexter McCluster is out, it changes some things. But bottom line is that this comes down to Breaston or Baldwin. One of those two needs to step up. 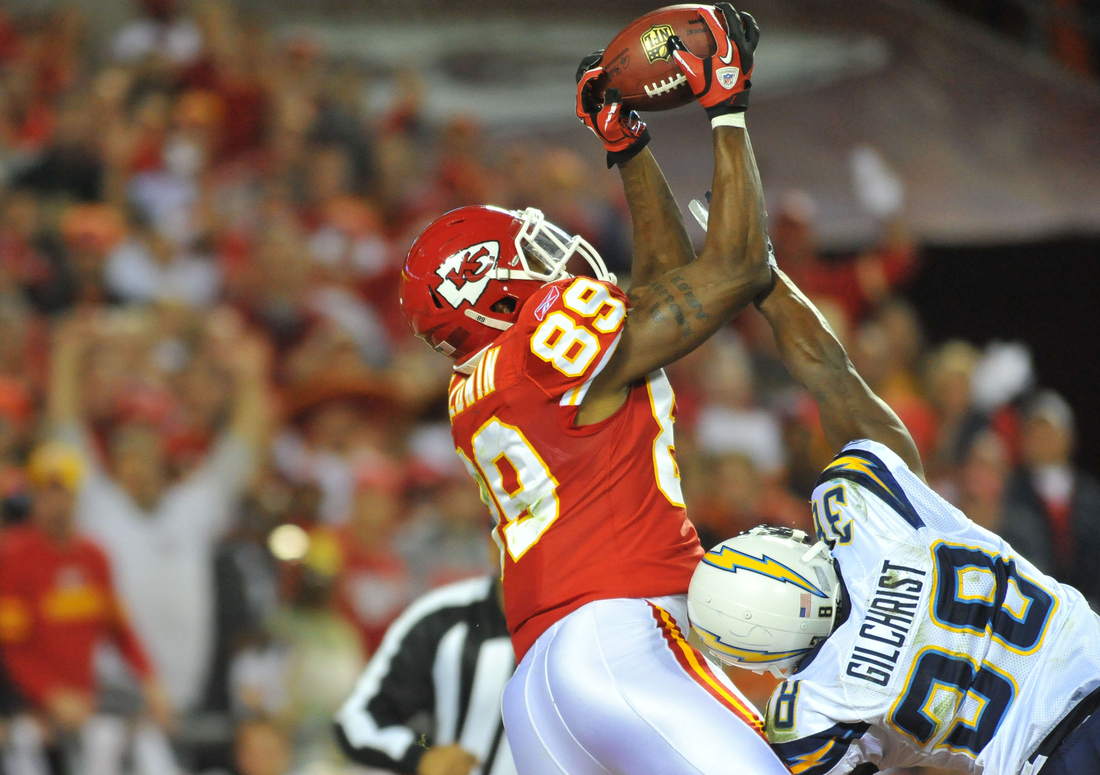 6. Let Arrowhead do its thing

Two years ago it was the monsoon with Dexter McCluster taking the punt 93 yards for the score. Last year it was the single firework going off before The Phumble.

What will it be this year?

Whatever it is, Arrowhead will have something up its sleeve. When it comes to my sports team, I'm a big believer in momentum and the affect a crowd can have on a game. I grew up with Arrowhead. How could I not think like that?

When the Chiefs need a boost, Arrowhead needs to be there.

(That or a Philip Rivers pick. Either one.) 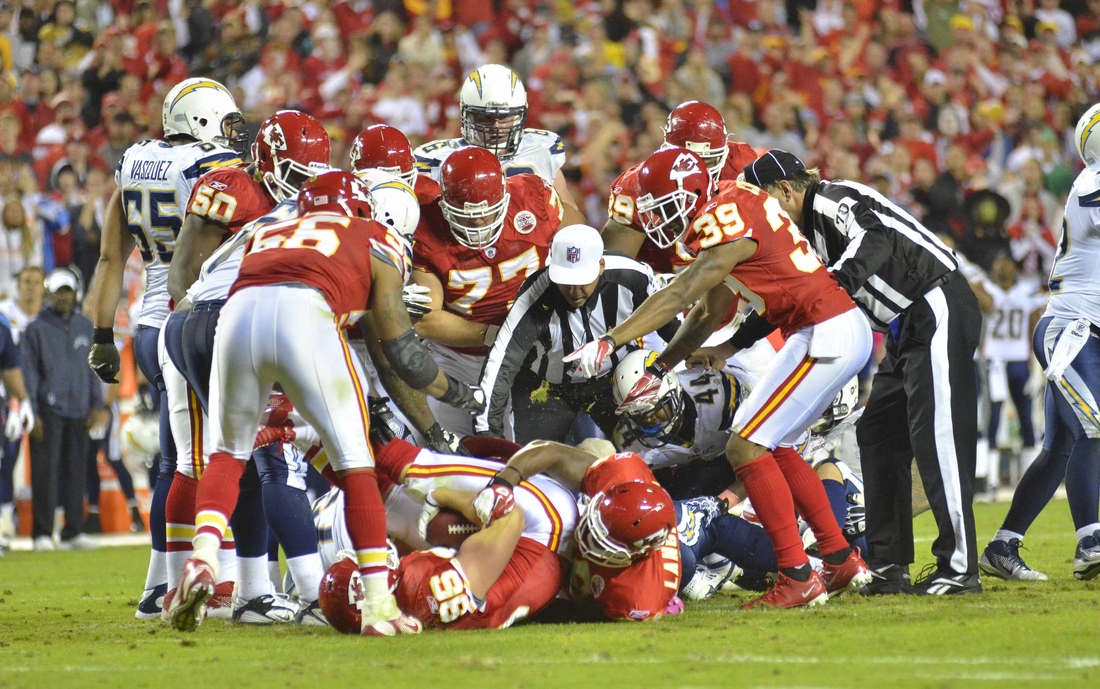