Share All sharing options for: Julio Jones Is Always Open

I'm re-watching the Kansas City Chiefs loss to the Atlanta Falcons and it really jumps out at you how good Julio Jones is. He ended the game against the Chiefs with 108 yards on six catches to go with two touchdowns.

He wasn't the only reason the Chiefs lost on Sunday but he was a big part of it.

The guy is such a good route-runner, has terrific hands and knows how to get open. That's the sort of skill that Tony G. had -- he was always open.

I snagged some screen shots from all six of Julio's catches to show how open he was almost every time. The time he was truly covered? He caught a touchdown anyway. 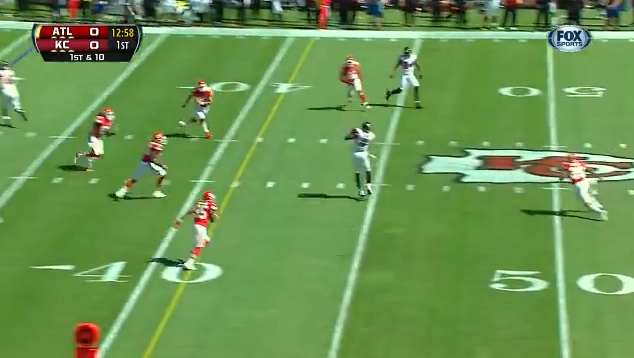 25-yard gain: The ball goes right over the linebacker's head. Jones dips right into the hole in the field and makes the catch with ease. He broke that initial tackle and made it all the way to the Chiefs 44-yard line. That's a solid 10 yards after the catch. 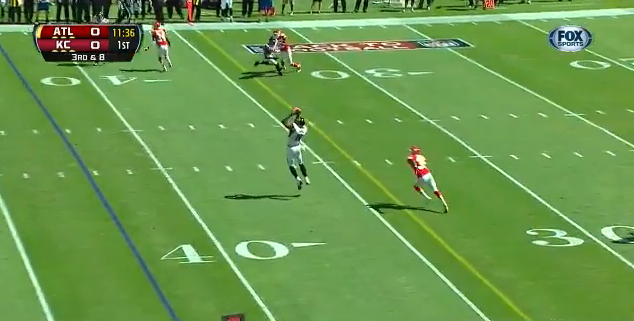 11-yard gain: Jones lined up on the right side of the field and ran a quick slant into the middle of the field, which was wide open. He picked up the first down on this third down play. 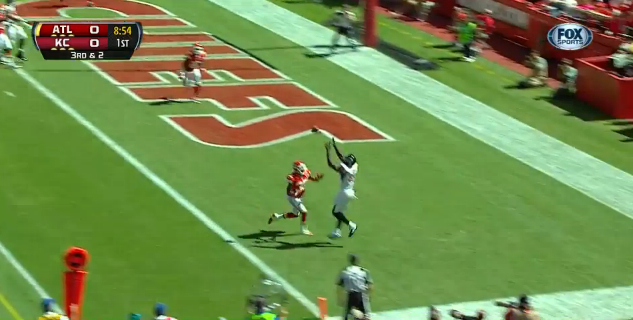 8-yard touchdown: This is basically Jones knowing he's better than the defender. Matt Ryan has full faith that he can make this catch from eight yards out. The ball is thrown perfectly and Jones turns around at the perfect time, which doesn't give the Chiefs defender enough time to turn around. This also came on third down. 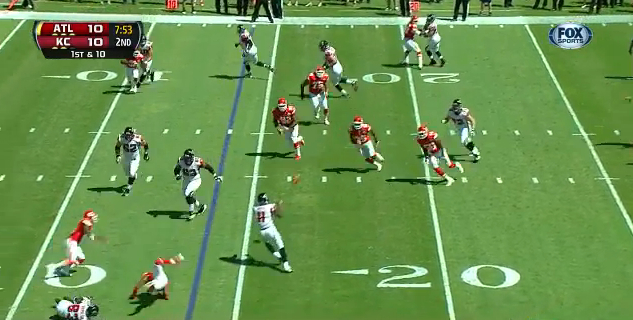 14-yard touchdown: We went over this play. You see Stanford Routt on the ground there? Harry Douglas put him there before Jones even caught the ball. Highly questionable. 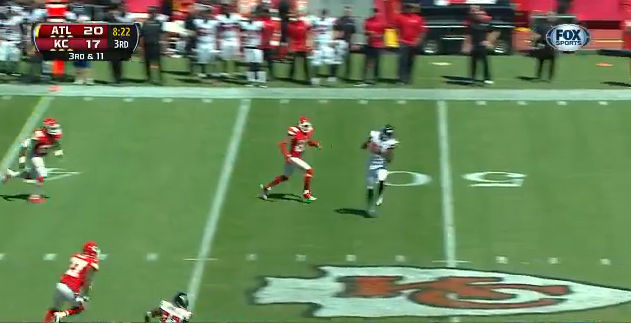 31-yard gain: Jones catches the ball in stride, and turns up field for another 10-plus yards. He's at the Falcons' 49-yard line there. The play ended at the Chiefs 40-yard line. This came on a third-and-11. 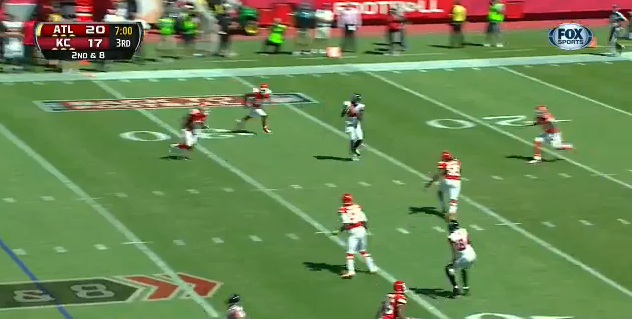 19-yard gain: Again, he finds the hole in the defense with a perfect pass from Ryan. There is not a defender in his face here. That's four of his six catches that came without a Chiefs defender within two yards.