Falcons Vs. Chiefs: The Best And The Worst

Share All sharing options for: Falcons Vs. Chiefs: The Best And The Worst

Thou shalt not PASS hang thy head in shame.

The Kansas City Chiefs defense was stuck between a rock and a hard place in Sunday's game. Without their two most valuable defenders (Tamba Hali, Brandon Flowers), and four other contributing players (Kendrick Lewis, Jalil Brown, Anthony Toribio, Allen Bailey), the Atlanta Falcons' offense made mincemeat of the once-hoped-to-be top-notch Chiefs defense.

So why should we not be embarrassed today? Well, because...

Best way to gut a defense - Remove the best pass rusher and top cornerback. No defense would look the same losing one or the other, let alone both. On top of that...

Worst team in the NFL to face given the circumstances - Atlanta Falcons? They're certainly on the short list. With a QB on the cusp of his prime, one WR who regularly gains 1,200 yards per season, another WR that is widely considered a top 10 pass catcher in the game already, and a RB on the decline, the Falcons' passing game played the role of Freddy Kruger inside lil' Johnny Depp and the Chiefs' nightmares ("Hey Sean Witherspoon, up yours with a twirling lawnmower!").

Sorry folks, this wasn't a game the Chiefs had any business winning.

The Best & Worst w/ His Dirkness:

Worst way to watch your team go down - Not at full strength. However, it's not the injuries that bother me (although it's somewhat maddening to feel like it's happening AGAIN). Those are just a part of the game though. What really grinds my gears is the suspension of Tamba Hali for his alleged involvement in...something.

Best tribute of the game - Justin Houston's Tambahawk following his sack. One thing we can all be sure of, is that Houston has Tamba's back on this matter.

(next) Best tribute of the game - The standing ovation for Tony Gonzalez, subsequently followed by booing him lustily after his DAT (dunk after touchdown). Both were the perfect responses. Well done, Arrowhead. 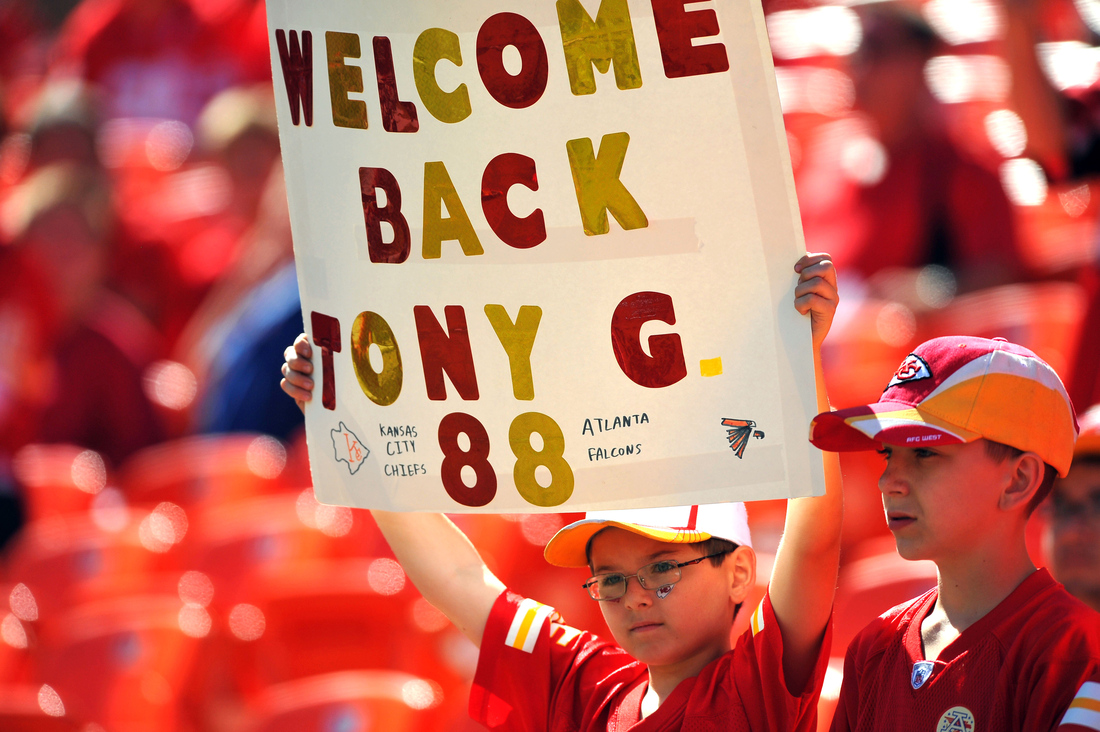 Worst thing you can do in a shootout - Miss an opportunity to score. Especially when the other team employs more firepower. And given the circumstances and the flow of the game, a shootout was the only way the Chiefs were gonna win this game. And that's how a missed field goal can swing the game from tied to blouses in a matter of minutes.

Best takeaway for the offense - The Chiefs' 3rd down efficiency. Otherwise known as when quarterbacks and offensive coordinators earn their paychecks. If the Chiefs continue to go 11-16 on third downs, I promise you they will win a lot of games this season.

Best takeaway for the defense - The Chiefs held the Falcons to 59 yards rushing on 20 carries (minus the Matt Ryan scramble yards). They did this with Dontari Poe, who made a real nice play in the backfield, starting in the middle. If this continues, the defense will be alright. They will not continue facing two All-Pro WRs every week.

Best chance to become my personal whipping boy this season - Javier Arenas. When you tell me that a former second round pick can't beat out a CB signed off the streets, who hasn't played since 2009, to replace the injured Brandon Flowers, then I gets to thinking....How bad is Javier Arenas in coverage?

Best receiver on the team - Dexter McCluster. The Falcons couldn't cover him over the middle of the field. And Dunta Robinson ain't no joke. He has to be one of the better nickel CBs in the NFL. As of right now, Buster McCluster is a legitimate second option in this passing game. That is something I didn't think I'd be saying before this season started. 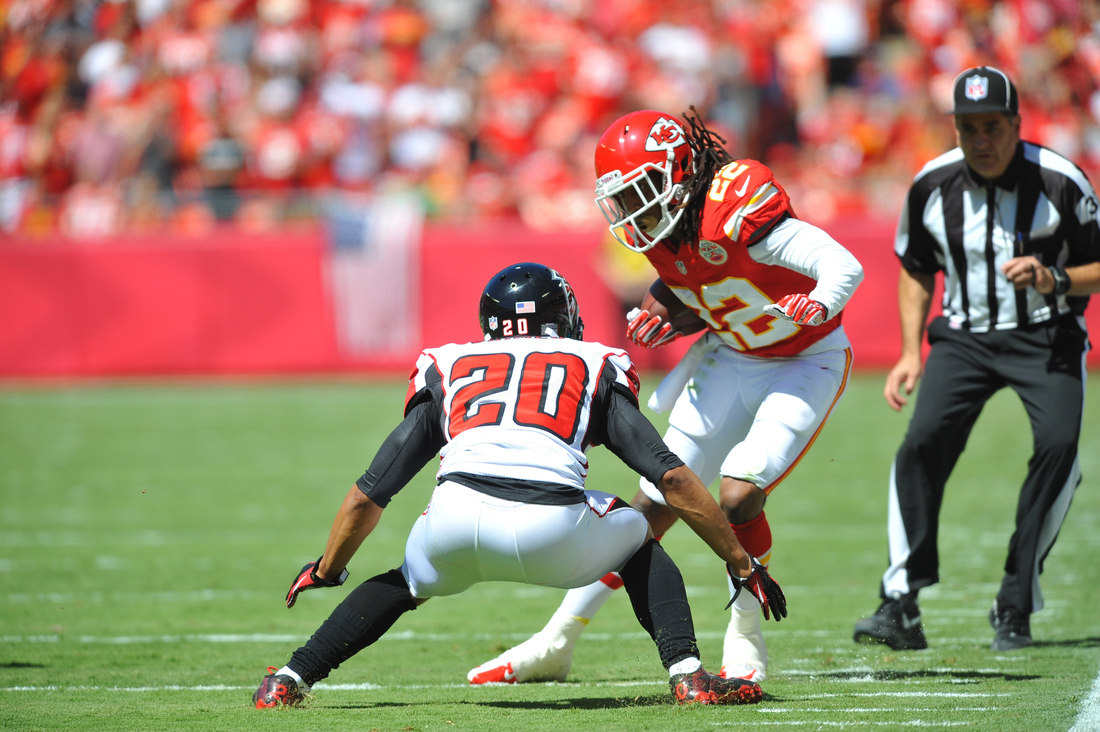 Worst news of the day - An Amber Alert has been issued for our own lil' Jonny Baldwin today. He was last seenpanting heavily in a video created at 1:30 in the morning that's eerily similar to something from The Blair Witch Project (which was enough to convince some people the team would be alright without Dwayne Bowe in the future - I'm glad nobody on this prestigious site made that mistake). Thoughts and prayers (and signing bonuses) should be sent directly to Mr. McCluster.

Worst NFL trend to follow - Stockpiling cornerbacks. At least, according to the Chiefs, that is. Around the NFL, I see defenses flourishing with their newly acquired CBs (Tracy Porter in Denver, Brandon Carr and Morris Claiborne in Dallas). Meanwhile, Scott Pioli has whiffed on Javier Arenas and Jalil Brown, and let Brandon Carr walk in his four years at the helm. From where I'm sitting, there is a LOT of pressure on Stanford Routt to perform this season, given the Chiefs depth at the position. Otherwise, yesterday will come to look more like the rule, as opposed to the exception.

Worst question I could possibly ask following that last paragraph - Does anybody ACTUALLY know when Brandon Flowers will be healthy? Weren't we told it was "day-to-day" immediately following the injury? Given that, is there any reason to believe the notion that he'll be back sooner rather than later? Does this defense stand a chance without Flowers? How much did they pay Brandon Carr again?

Best way to reward a player who threw a punch and somehow didn't get kicked out - With a garbage time touchdown! Or maybe his own clothing line? Hey, the sky is the limit for Shaun Draughn.

Best play - Matt Cassel's five yard touchdown run in the 2nd quarter. What a beautiful play. Never in my wildest dreams did I expect that call, but it made sense given Cassel's ability to juke and jive (put on display mostly in his celebrations). P.S. Can somebody design a website solely devoted to the hysteria of a Matt Cassel celebration? Do you think he acts the same way in other celebratory situations like weddings and graduations? Do you think he tried to jump on/over his wife after the birth of their child? Did you know his daughter is named Quinn? Do you think that played a role in the Chiefs signing Brady Quinn? Is this thing on? 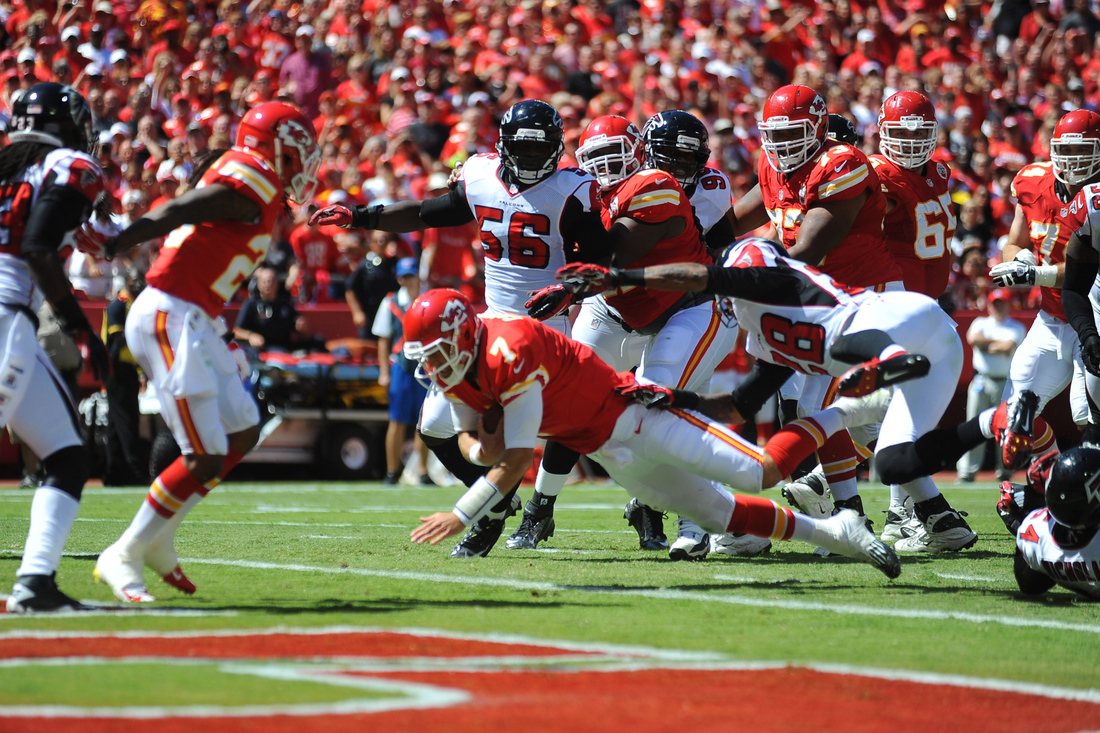 Best news heading into next week - The Biffalo Buffs looked almost as bad in their season opener as the Chiefs did in last year's season opener. I'll stop just short of calling this a "must win" game for the Chiefs, however a loss would lead to exactly that the following week in New Orleans (presumably, a tougher place to win).