Falcons' Triplets Were Too Much For The KC Chiefs

Share All sharing options for: Falcons' Triplets Were Too Much For The KC Chiefs

One of the keys prior to Sunday's game against the Atlanta Falcons was containing Matt Ryan and the Falcons explosive offense. The Kansas City Chiefs defense could not afford to give up the big play. They had to stop it.
Well...
The good news is that the Chiefs did stop that big play. Unfortunately, the Falcons instead had a bunch of moderately-sized plays. Just as effective for Atlanta -- 40 points.
[Related: Good, bad and ugly from Falcons-Chiefs game]
The Chiefs knew they were going to have trouble against Atlanta's receivers, starting with Julio Jones and continuing with Roddy White and then tight end Tony Gonzalez. Falcons coach Mike Smith said once the Chiefs started to take away Jones, they moved onto White and TG.
"[Julio Jones] was targeted early, and I felt like he and Matt were on the same page. Then they try and take him away and we're able to distribute the ball to Roddy for six catches and Tony got his catches."
[Related: Tony G. dunks one more time Arrowhead]
"You know you can't double all three of us," Julio Jones said after the game, via comments sent out by the Falcons. "Early on they were doubling Tony and Roddy. I had the one-on-one. So I had to step up and make plays. Then later on they started rolling to me and doubling me. You could see as the game went on that Roddy started catching balls and Tony as well." 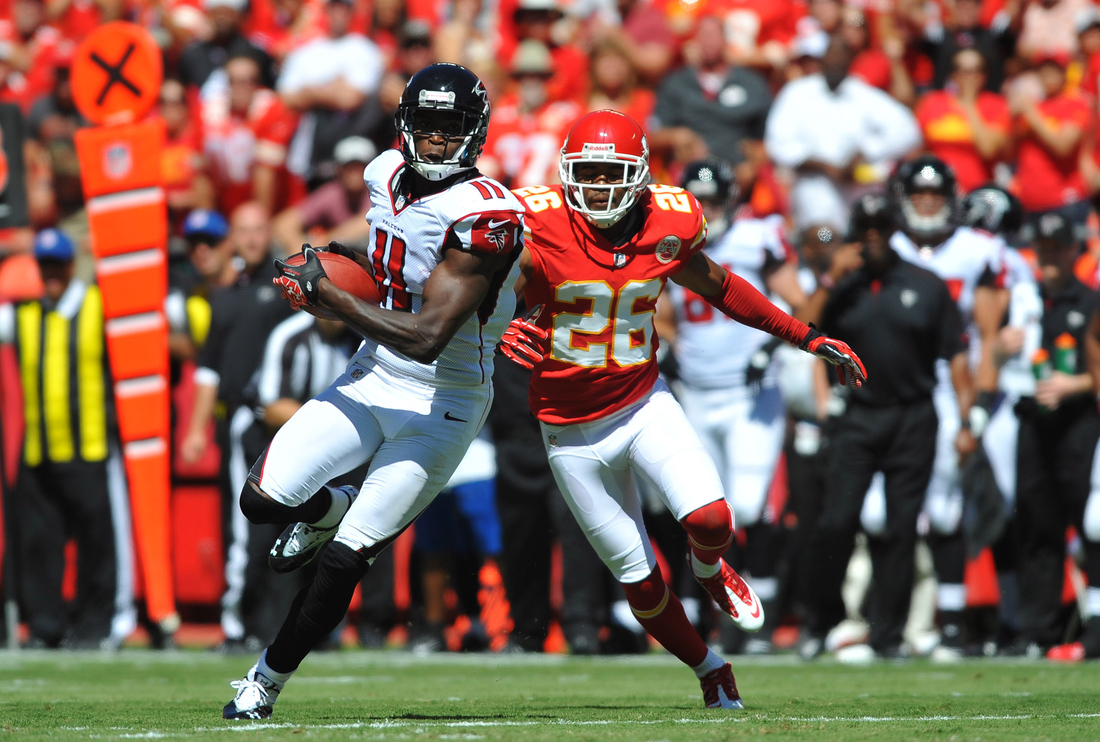 The final numbers:
Jones: 6 catches, 108 yards, 2 TDs
White: 6 catches, 87 yards
Gonzalez: 5 catches, 53 yards, 1 TD
Those three also had the three longest receptions in the game.
So who do the Chiefs have that can compare to that -- Dwayne Bowe, Jamaal Charles and Tony Moeaki? Dexter McCluster?