Kansas City Chiefs players are starting to arrive at Missouri Western State University for the start of 2012 training camp. This is just move-in day where the players, uh, move-in.
We're not out there today but the power of Twitter is able to make us feel like we are. I collected a bunch of tweets and pictures from those out at training camp and posted them after the jump. Also looks like KCChiefs.com will have a video recap of move-in day sometime later tonight.
Tomorrow we'll be sending out a list of who to follow for Chiefs training camp news but a few of the good ones are @JoshLooney, @AdamTeicher, @KentBabb and @BobFescoe. I'm missing others but we'll help you figure out who everyone is.
I'll be adding to this list for a little while so check back.

My home for the next 3 weeks. #Chiefs Training Camp is on. #DormLife twitter.com/JoshLooney/sta…

It's Hour 1, and @JoshLooney and I have already stooped to loudly singing P.O.D. hits as players begin arriving. Gonna be a long camp.

Day one, players begin filing in. Caleb Campbell here, at the center of the crowd. twitter.com/kentbabb/statu… 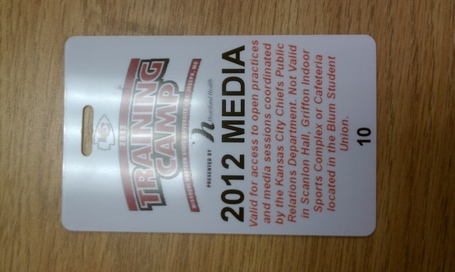 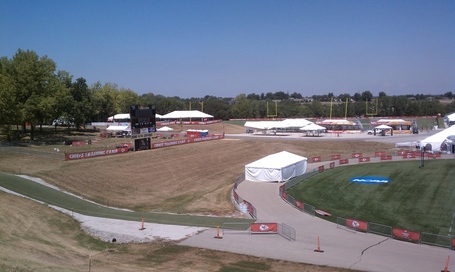 Travis Daniels will be ready to play cb and safety this yr. He says #chiefs are closer this yr than ever b4

#Chiefs LB @caleb_campbell reflects on camp arrival & time at West Point. 4 yrs there was pretty much a #trainingcamp twitter.com/JoshLooney/sta…