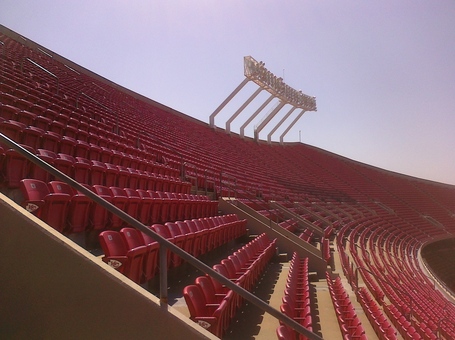 Good morning! If you forgot we were in the offseason, today's Arrowheadlines will be a reminder. Next to nothing out there. Here's your Kansas City Chiefs news.

Sometime in the winter of 2010, I got a break on an important find that helped to complete the Hall of Honor which had only recently opened the previous summer.

Of all the cases of Chiefs Hall of Famers only one contained no item of interest. It was Jerrel Wilson's.

HOH: Wilson's Shrine from The Mothership

This division added some major star power with the arrival of Manning. Health and age are a concern, but an old Manning at 75 percent is still pretty darn good. Rivers tossed too many picks in 2011, but he played well down the stretch and should return to form in 2012. Cassel was having a disappointing 2011 campaign before suffering a season-ending hand injury. Palmer should benefit from a full offseason after joining the Raiders mid-year in 2011.