Ramblings of an Idiot: What If ?

Share All sharing options for: Ramblings of an Idiot: What If ?

The NFL draft is just over a week away and it wouldn't be pre-draft season without the fans and the media playing the "what-if" game. I'm no exception to the rule, but I won't be discussing the draft at all in this post. Instead, my what if scenarios completely revolve around players on the Chiefs roster. It's time for pure speculation backed only by observation and wild hares hairs that grow both internally and decidedly north of my derriere. (Aren't you impressed by my ability to provide the reader with disgusting mental images? It's a gift. I was born with it. The ability, not the hairs.)

Jared Gaither was drafted in the 5th round of the 2007 supplemental draft. He declared for the supplemental draft after being told that he would not be eligible to play college football at Maryland for the 2007 season due to academic reasons. He could return to play in 2008. Gaither chose to declare for the NFL's supplemental draft instead. Gaither took over the left tackle spot in the 2008-2009 season after the retirement of Jonathan Ogden. An early ankle injury effected him for most of training camp in 2008. A head and neck injury in 2009 season sent Gaither to the hospital and he would miss the final 5 games of the year. In 2010 Jared Gaither showed up for Baltimore's training camp at the size of a tight end. He was slated to be moved from the left side to the right side permanently, making room for Michael Oher to take over at left tackle. The right tackle spot typically requires a larger body than the left side. Gaither ended up missing of the 2010 season due to a back injury that landed him on the injured reserve list.

The Ravens waived Gaither and he received very little interest on the open market. The Oakland Raiders brought him in for a work out, but had serious questions about the status of his back injury. Shortly after the Oakland visit, I made several comments about Gaither being a guy that was tough to motivate and then cut from the Ravens due to serious injury concerns. I jokingly hoped that the Raiders would sign him because I thought his career was in serious doubt. Imagine my surprise when the Chiefs signed him instead.

Gaither played in ten of the Chiefs first eleven games of 2011 before being cut from the team. He never started a single game. According to Bill Williamson:

The Chiefs’ ideal plan was to bookend him with Branden Albert, but it become clear that Gaither -- a star-in-the-making in Baltimore before a back injury kept him out all last season -- was not up to speed for the Chiefs to make him a full-time starter.

Jared Gaither was picked up by the San Diego Chargers. At the time, the Chargers were missing SIX offensive linemen due to injury. The Chiefs signed tackle David Mims from the practice squad to the active roster shortly after releasing Gaither.

Those are the facts and these are the what-if's: What if Gaither's injury concern was so great that he couldn't even beat out Barry Richardson at right tackle, because Gaither couldn't play an entire game of offensive snaps due to his past injuries? What if the Chiefs were impressed with the size and athletic ability of David Mims so much that the move to release Gaither wasn't about Gaither at all? 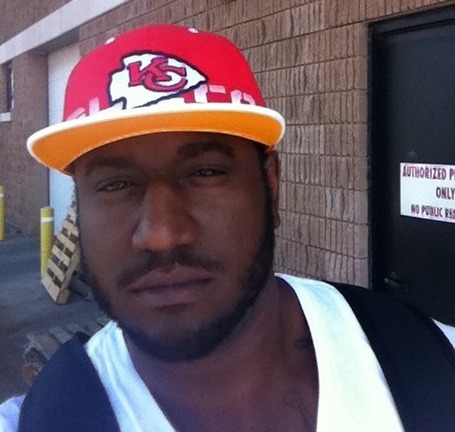 A player on the practice squad is fair game to every other NFL team. Because those players are not under contract, any club could have offered Mims a contract, and the Chiefs would have lost him. Mims didn't have a dedicated offensive line coach in college, but showed enough raw talent to get taken as an undrafted player by the Chiefs. Isn't it possible that through limited camp and eleven game week practices Mim's showed steady and encouraging improvement to his coaches? Every year as the NFL season gets nearer to the end, teams begin churning the bottom of their rosters for injury replacements and upgrades. It's not uncommon to see players brought up from various practice squads to join active rosters by the tenth or twelfth games of the season.

What if the Chiefs were attempting to create an active roster spot so that they could sign Mims instead of losing him to another team with needs on the line? What if releasing Gaither was simply a necessary side effect to make a spot to sign Mims? Who's to say that the release of Gaither forced the signing of another active lineman...when it could have been that the desire to lock up Mims forced the release of Jared Gaither? What if David Mim's is the Chiefs 2012 swing tackle, and possible insurance against losing Brandon Albert to free agency and Jared Gaither is nothing more than a stop gap fill in with serious injury questions for the Charges?

Jerrell Powe has more than his share of downsides. He went through almost 3 years of academic ineligibility that sent him to summer learning centers, back to high school to earn credits, to a prep academy, and to spend 2007-2008 as a student at Ole Miss without playing football before he was declared eligible to play for Ole Miss in 2008. In 2009 Powe was declared a full time starter and impressed more than a few people.

Powe played starting nose tackle in a 3-4 two gap scheme (the same type of scheme the Chiefs run). He registered thirty-four tackles, including twelve tackles for a loss, and three sacks from his position. SI.com posted a piece in which Tony Pauline had this to say about Powe:

Jerrell Powe/DT/Mississippi:Powe is turning into a dominant player and has consistently shown the ability to control the line of scrimmage. He's a terrific combination of athleticism, size and power. Powe became a full-time starter this year after rotating into the lineup as a sophomore. Scouts are excited about his upside potential and feel the big defensive tackle may just be fulfilling his potential.

During Powe's final college campaign his position was slightly altered to a 3-4 one gap player with penetration duties. He still took on the double teams, but was asked to fill a slightly different role. Powe still produced on the field, but he didn't match the previous years numbers. He had twenty-seven tackles of which 8.5 were for a loss, and 2.5 sacks. In both seasons he was awarded all conference second team honors. The scheme responsibilities for his final season were more aligned to a current Chiefs defensive end (responsible for two blockers, but only one gap) while playing in the middle of the field. Powe spent a good portion of his snaps lined up in a one technique, as opposed to the zero slot from the previous year.

Prior to his final season Rob Rang had Powe ranked as the number one big man coming out of the SEC. Powe was compared to both Terrance Cody and B.J. Raji. Some have suggested that Powe fell in the draft due to his age and learning disability. Powe was twenty-four years old coming out of college to the NFL after his eligibility troubles set him back. Even taking those things into account Rang had this to say:

DT Jerrell Powe, Mississippi, 6-2, 328, 5.16 Built like a Coke machine and just as tough to move off the line of scrimmage, Powe emerged as arguably the SEC's most dominant run-stuffer in 2009 although Alabama's Terrence Cody received more press. Powe was more productive (34 tackles, 12 tackles for loss, three sacks) than the Baltimore Ravens' second-round pick (28 tackles, six tackles for loss, zero sacks). With three years spent on academic suspension, Powe will enter the NFL older (24) than most rookies, but also more physically capable of making an immediate impact. Powe ultimately could end up with a similar pro grade as former Boston College star nose tackle B.J. Raji, the No. 9 overall pick of the 2009 draft by the Green Bay Packers. 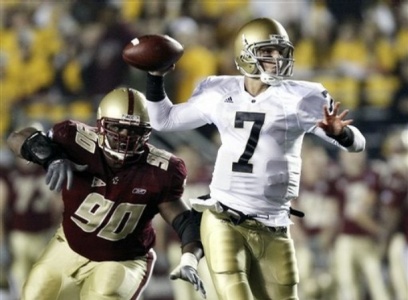 Being compared to B.J. Raji is extremely high praise for Powe. Obviously Powe didn't turn into the same kind of rookie impact player as Raji, but that may be due to his learning disability. With the re-signing of Gordon and still a possible chance at Greg returning, one has to wonder of Powe's time in KC is coming to a close sooner rather than later. The Chiefs surely need a run stuffer that can take on multiple blockers at the nose tackle position. Belcher Hightower would benefit greatly from a nose guard that envelopes a second blocker in the middle 2012.

And that brings us to the what-if's:

What if the only thing holding back Powe is a rookie campaign with almost zero off season coupled with his learning disability? He's now had a season in the workout program to get bigger and stronger, and very few defensive lineman come in as dominate players in their rookie years. Raji is the exception, not the rule. What if Romeo Crennel and Kelly Greg spent at least some portion of last season trying to bring Powe along slowly in preparation for significant play time in 2012? What if Powe was kept out of games last season for the sole purpose of giving him time to learn?

Powe, along with Stanzi and Baldwin and several others, will have a complete NFL off season of camps, practices, and film room time before they are expected to play. Could we see huge jumps all across the league from last years drafted players due to a more realistic amount of time to prepare for the coming year? What if Powe, going back the two gap scheme that he excelled in in college, shows himself to be a steal in the sixth round rather than a bust? What if we have the nose tackle the team needs on the roster already? I like Coke. Who am I to question the machine from which it's dispensed?