Representing the Green Bay Packers, Aestheist with the 28th pick in Arrowhead Pride's 2012 NFL mock draft...
Fifteen and one. The Green Bay Packers were flirting with destiny. Only one year removed from a Super Bowl win, the Packers were poised to become the third team in the history of the league to finish the regular season undefeated. That is, until they faced the defensive mastermind that is Romeo A. Crennel.

Vanquished by the Chiefs suffocating defense, the Packers slid into the playoffs jumping at shadows and imagining they could still hear Justin Houston's footsteps or feel Tamba Hali's hot breath on their necks. They lost in the divisional round to the New York Giants.

Needless to say, a 15-1 team one season removed a Super Bowl victory doesn't have too many holes on its roster. However if you look at the NFL's only publicly-owned team, there are actually several spots that are in need of an upgrade in talent.

Green Bay had trouble with its pass defense all year. Technically, Green Bay had the worst pass defense in the league, however the #32 ranking looks worse than it actually is because opponents got behind so quickly, they needed to throw early and often to try to stay in games.

A far more telling stat is that Green Bay had only 29 sacks in 2011 (17th in the NFL). While 17th seems respectable. It's actually horrible. With as many passing downs as Green Bay played on defense, (a league leading 637) many of them obvious, the Packers were only getting to the opposing quarterback once every 22 passing plays.

By contrast, Chiefs' opponents only ran 454 passing plays (the fewest in the NFL) and we racked up exact same number of sacks (29) as thePackers. The Chiefs got one sack for every 15 and half pass plays. Clearly Green Bay can not get to the passer.

In the high flying NFC North the Packers have to able to apply more pressure on defense and force teams to play honest on Green Bay's only legitimate pass rushing threat: Clay Matthews. Last season, opposing offenses keyed in on Clay Matthews with double teams and chip blocks, and still no other Packer defender was able to surpass seven sacks.

Secondary priority: Secondary (CB or S)
The Packers secondary allowed 299.8 yards per game through the air. Keep in mind this statistic is inflated because of the number of pass attempts by the Packer's opponents (a league leading 637 remember) and exacerbated by amount of time opposing quarterbacks had to comfortably wait in the pocket for coverage to break down.

Charles Woodson is a Hall of Fame type corner, but he's old. Very old. His first car was a Studebaker and he voted for Richard Nixon-twice. He's still passable, but any day the wheels might fall off, so finding a replacement for him is a high priority. To make matters worse Packerssafety Nick Collins doesn't look like he can come back from his devastating neck injury, so the razor thin depth at safety becomes a major concern-especially with this being an extremely weak draft class for safeties. In a pinch, Woodson might be pressed into service as a safety, but an additional CB or safety is a high priority for Ted Thompson.

I am gobsmacked that Whitney Mercilus fell this far. Sure he's a one year-wonder, but the kid is a physical freak (34" arms) with an ultra-rare combination of size, speed and strength to go along with refined technique and a wide repertoire of rush moves. His upside is off the charts. Oh yeah, and he's a great run-defender too.
We're talking about the guy who led the NCAA in sack leader for 2011 (16) and forced fumbles (9) falling all the way to #28. This kid broke Simeon Rice's sack record, had a 4.3 GPA and volunteered with underprivileged porpoises at the Champaign-Urbana SeaWorld.
From Walter Football

Mercilus has a very impressive repertoire of pass rushing moves. He attacks with speed around the edge. As a counter to the speed, he has the strength to execute rip moves and shed offensive linemen. Mercilus has the raw power to get under offensive linemen's pads and bull rush into the pocket. That catches linemen by surprise as they are so cognizant of being ready for his speed rush. Beyond his great physical skill set, Mercilus is an advanced pass-rusher technically.

Green Bay adheres to a strict "Cheesiest 53" policy when drafting players so I've done some Carl-the-Janitor type research on the guy and here are my findings: 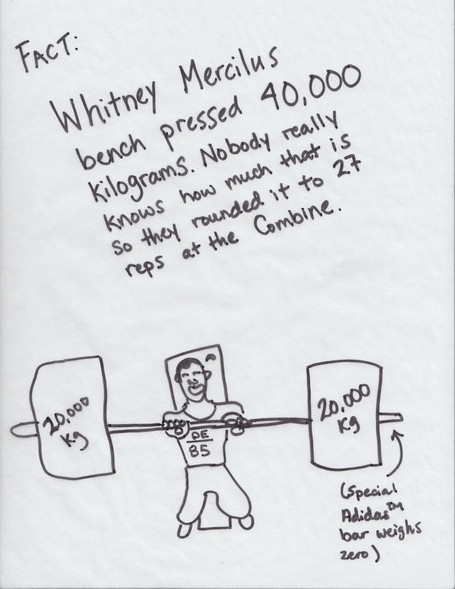 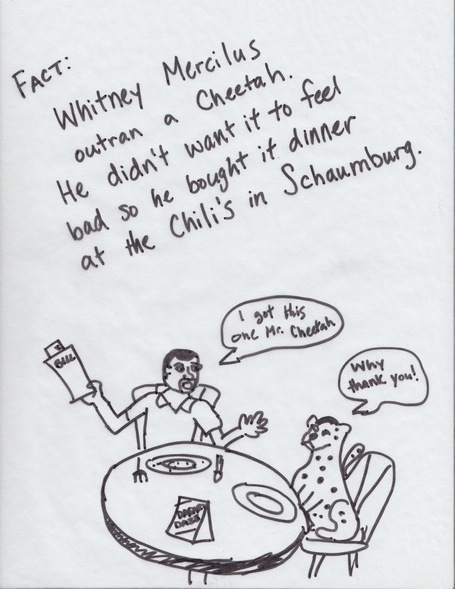 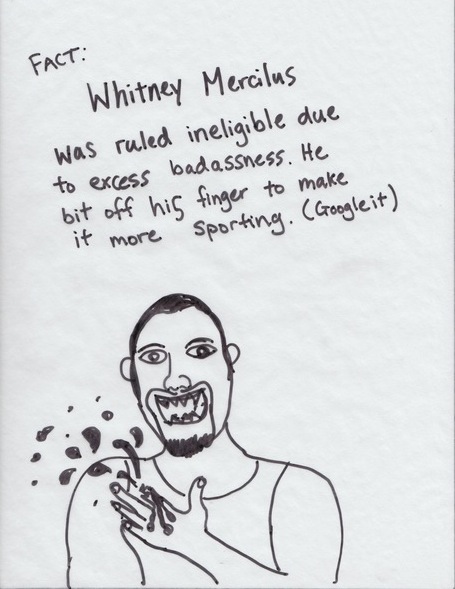 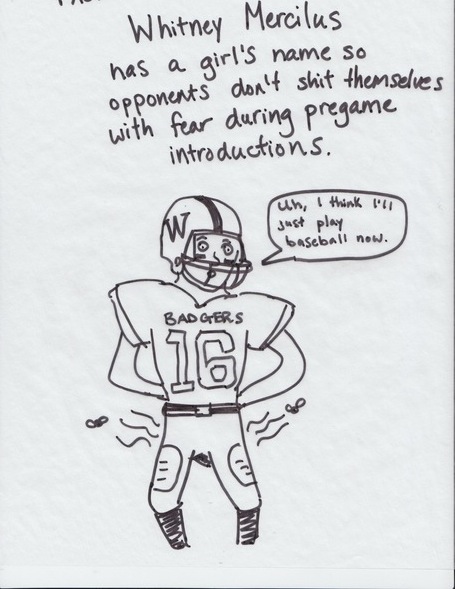 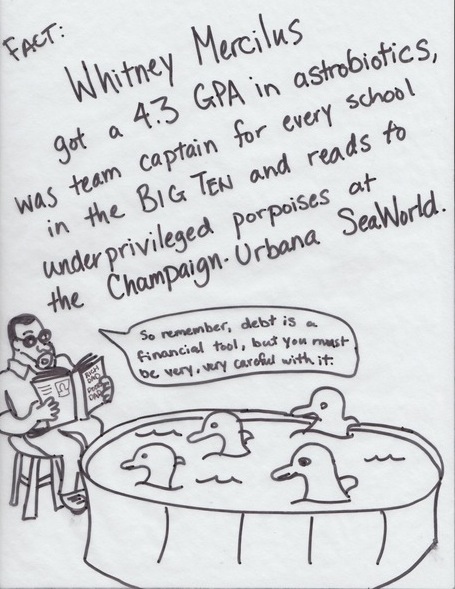