The Broncos knew they had to win to secure the No. 1 seed in the AFC playoffs and they came out firing, never giving the Chiefs a chance. Denver beat the Chiefs, 38-3. The Chiefs secured the No. 1 pick in the 2013 NFL Draft.

Share All sharing options for: Chiefs vs. Broncos final score: Denver locks up No. 1 seed, KC's season finally over

What a fitting end to such a crappy Kansas City Chiefs season. The Denver Broncos beat the Chiefs, 38-3, and secure the No. 1 seed in the AFC playoffs while the Chiefs wrap up the No. 1 pick in the 2013 NFL Draft.

Brady Quinn threw for 49 yards. We were left wondering why Jamaal Charles only had 14 rushes. Tony Moeaki was the leading receiver with ... 21 yards. The defense gave up 30 points before the end of the third quarter. Injuries forced right tackle Eric Winston to play some left tackle and rookie guard Jeff Allen to play right tackle. 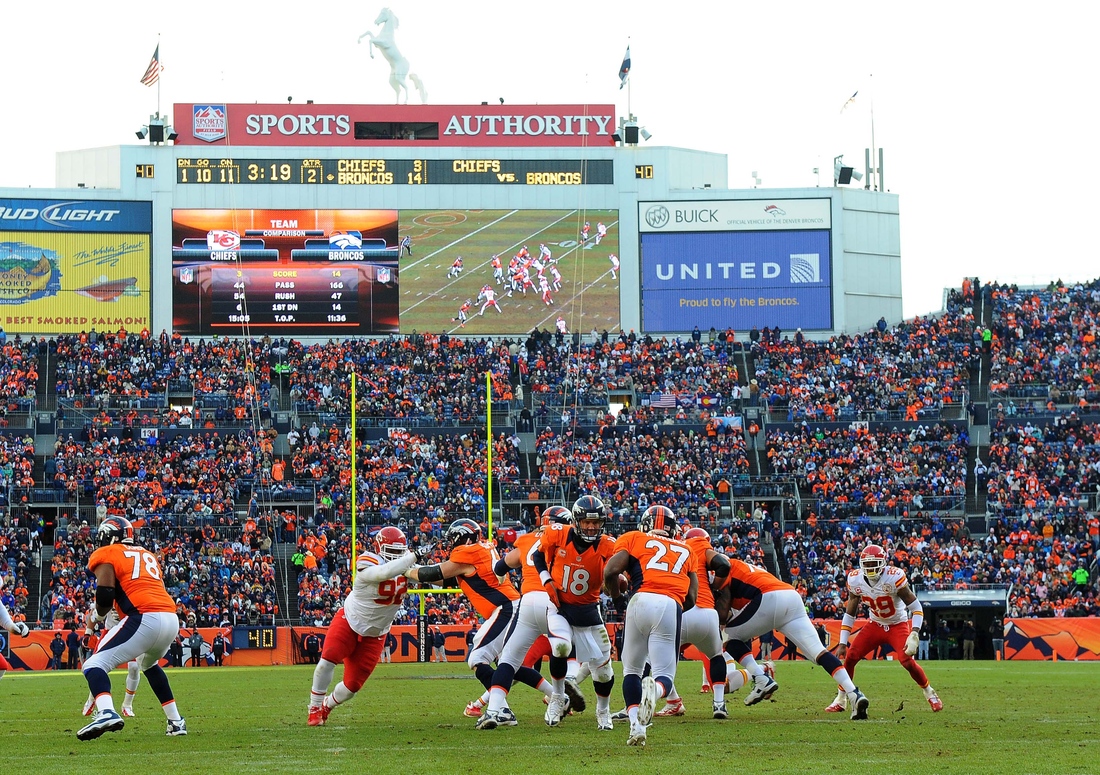 5:04 into the game, the Chiefs have punted and Peyton Manning went right to work, driving the Broncos into the red zone.

Broncos punch it in, going up 7. Or, as someone said last week, a 3-score game for the Chiefs.

The Chiefs show their offensive prowess, picking up a first down just six minutes into the game. Hey, it's better than the third quarter!

Stephenson is down. This is trouble -- he's replacing Albert, who is inactive.

The replacement: Jeff Allen. The Chiefs rookie fills in for Stephenson, who is filing in for Albert.

Charles was fine though. 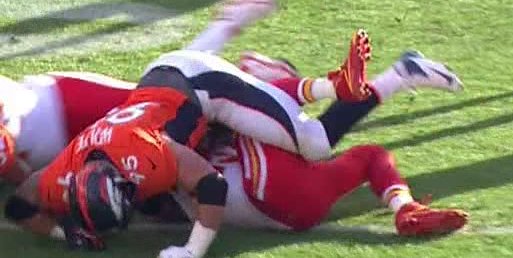 How little respect do the #Broncos fans have for the #Chiefs? The wave has already started with 7 minutes left in 1st Qtr

Jokes on them. The wave is lame!

Big play alert! Javier Arenas forced a fumble on Ronnie Hillman and Brandon Flowers picks it up, taking it all the way to the 12-yard line before he was stopped by ... Peyton Manning?

With all due respect, I don't want to see Peyton Manning ever try to make a tackle again. #ohbleep 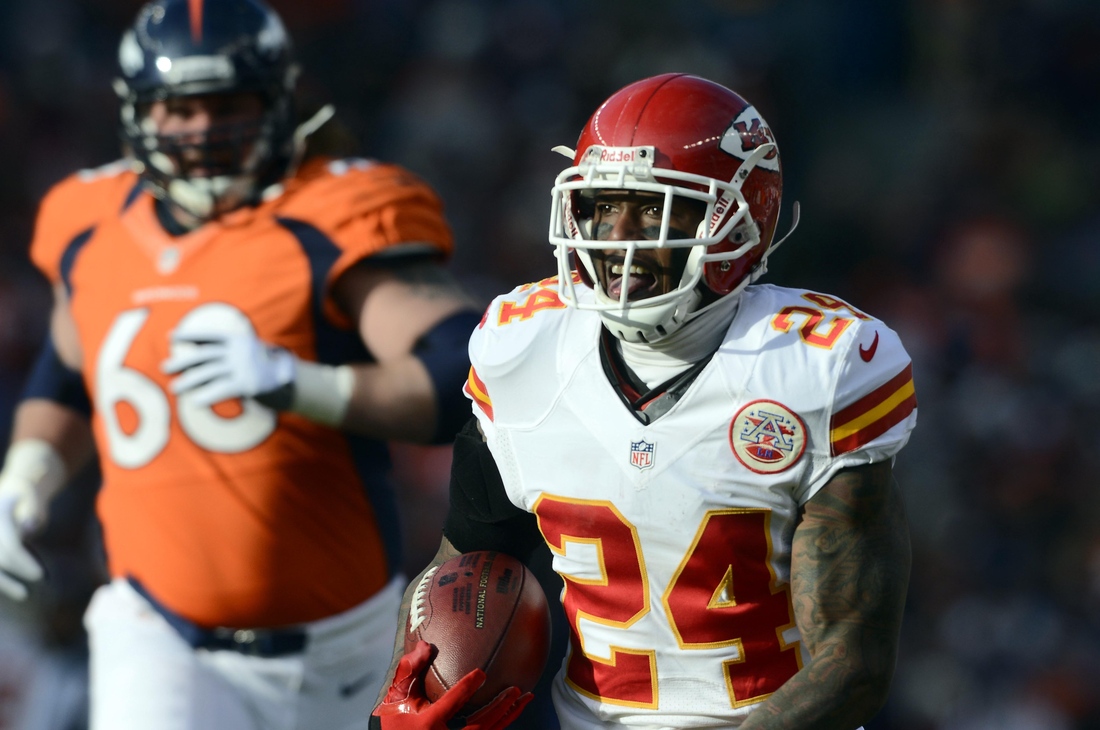 Score update: Chiefs 3 Broncos 7 Unfortunately, the Chiefs can't convert the Flowers' turnover into a touchdown. But, really, did you expect them to? The first field goal is in the books.

It's that kind of day. Succop misses the FG. Two trips to the red zone, zero TDs.

Really enjoyed that 11 minutes of hoping KC would somehow beat Denver and open the door for a Pats 1-seed.

Rooting for the Chiefs is brutal - I'm not enjoying myself. Is this how every KC fan feels all the time (confused, angry + bitter)?

Score update: Chiefs 3 Broncos 21 Peyton Manning has an absolutely gorgeous touchdown pass and catch with Eric Decker, giving the Broncos another touchdown 10 seconds before the half. 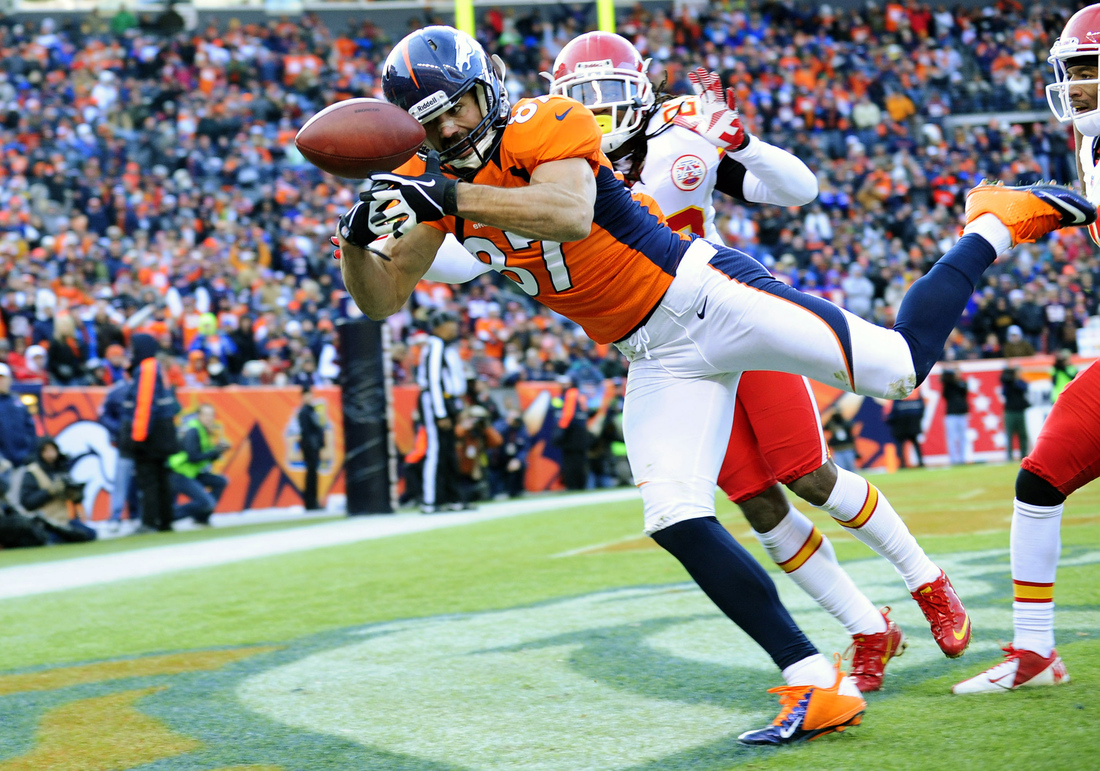 My first thought: the Chiefs are 30 minutes from the No. 1 pick.

Score update: Chiefs 3 Broncos 28 This is humiliating. Demaryius Thomas with the latest unbelievable catch for a touchdown in Denver. 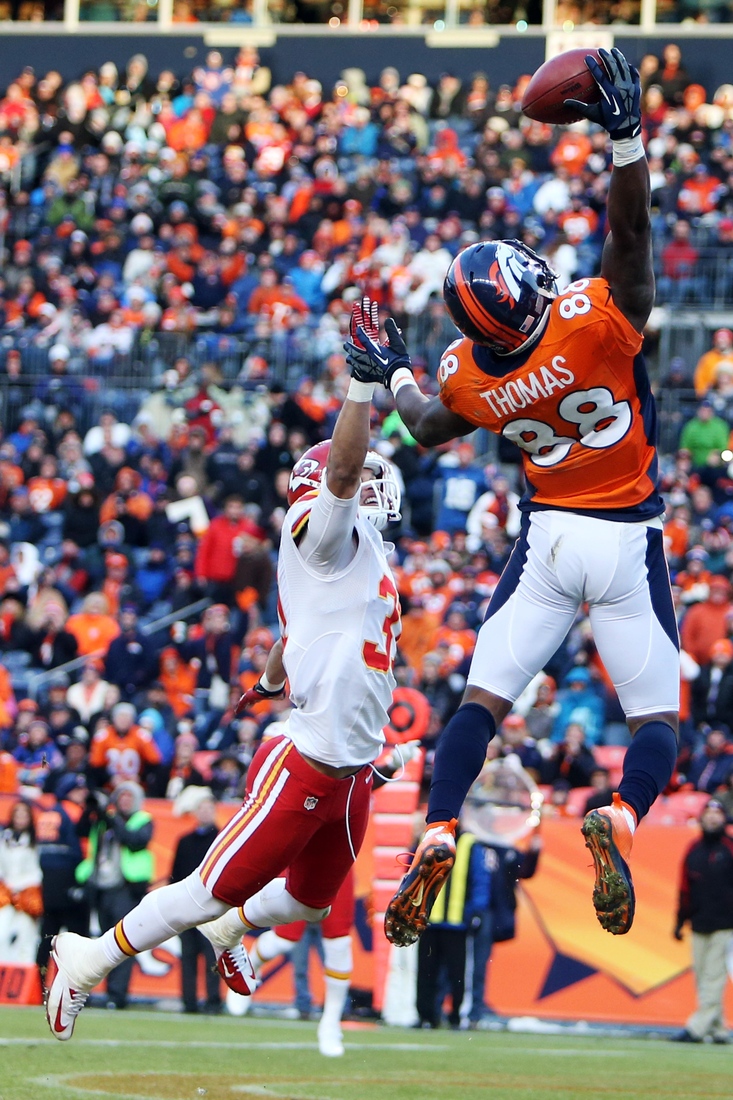 Chris Humphreys-USA TODAY Sports
The Chiefs rag tag offensive line continues. Eric Winston was in at left tackle and Jon Asamoah in at right tackle. The very next play Brady Quinn is sacked. So fitting.

Peyton Manning is already done. Brock Osweiler will finish the day for him.

Once again, Jamaal Charles was the only thing worth watching in this game. But only because he had awesome red shoes on. 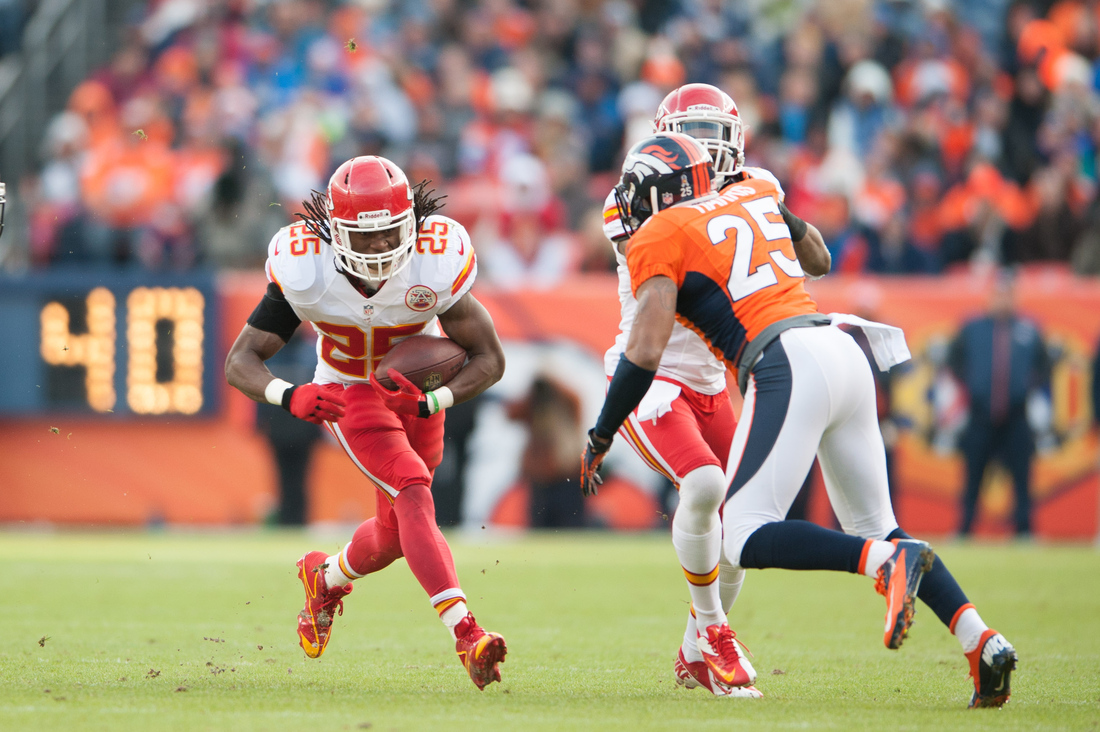 What a depressing season.