Times are hard as a Chiefs fan but as my Grandmother used to say "Joy comes in the morning" and with week 17 of the NFL season upon us JOY is almost here.

In the coming weeks and months decisions that will shape this team for the next decade will be made and I do not want Bill Polian making any of them. Why not Bill Polian? Of course he built winners in Buffalo, Carolina and Indy but lets take a look at his first round draft picks from 2005-2011.

This draft record makes Scott Pioli look competent which is a difficult accomplishment. I believe Bill Polian is one of the greatest front office executives the league has ever seen but like all good things his time has come to an end the game has passed him by. Those Indy teams towards the end of the Manning era were largely build on drafts from the early part of the decade and once you removed Peyton we all saw what happened.

The Patriots loss Tom Brady for the season and went 11-5 they were built from top to bottom to contend year in and year out with excellent dept. As we have found out the hard way Scott Pioli was not the man behind the curtain he was the insecure little boy sitting in the front row begging for attention.

I don't want anyone else's trash so keep Polian and Alex smith OUT of Kansas City! I beg of you Clark be bold be daring and go find the men to lead this franchise into a new generation of winning. Stop trying to copy what other organizations have done go out this off season and create the "Arrowhead Way" not the way of losing 7 out of 8 home games but a organization that competes game in and game out. The "Arrowhead Way" needs to focus on building a team in April but not forget about March! Let's get it done CLARK!!! 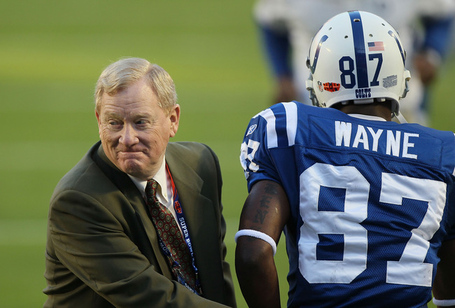