Jamaal Charles is greatness, and I've been lucky to watch him

The Chiefs running back broke Jim Brown's NFL record for career yards per carry average. That is greatness and I'm so lucky to have been along for the ride.

Share All sharing options for: Jamaal Charles is greatness, and I've been lucky to watch him

Thanks to the explosion in stats and research around the NFL we can now compare players better than ever. We can break things down to the second and see who's doing what, who's the best at running to which side or the best at throwing to receivers versus tight ends.

Despite all these fancy stats, there's one basic stat that encapsulates so much of a player. For a running back, that's average yards per carry. Simply, how many yards do you pick up when you run the ball? So basic.

We can now say that Jamaal Charles is better at picking up yards than any running back in NFL history. On Sunday, Jamaal Charles passed 750 career carries, qualifying him for the NFL record on average yards per carry.

When you're breaking Jim Brown's records, you're doing something right. 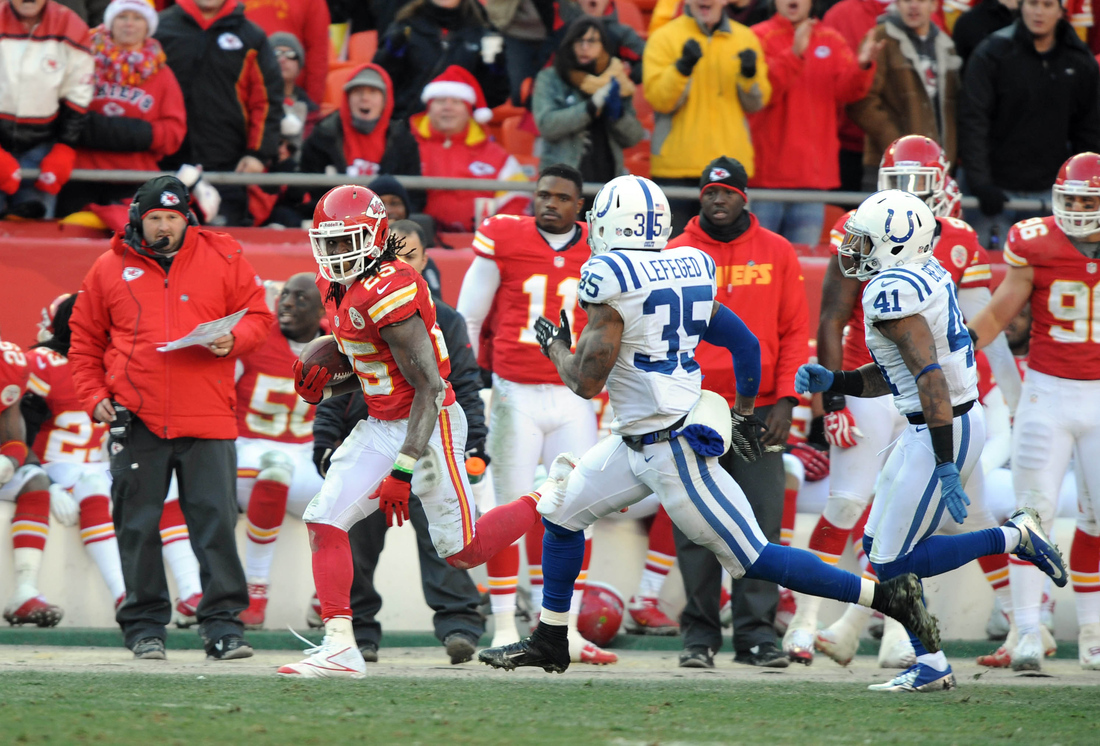 When I sat in that press box and saw Charles take the handoff, rush to the left side of the field, take his block and cut back to the right, sprint to the middle of the field, and then seeing the cut back into the inside, into the end zone and jumping into the crowd ... I knew I was watching greatness.

It hit home for me when we were in the locker room after the game. Reporters hovered around Charles after his 22-carry, 226-yard performance against the Colts. Cameras, microphones and sports writers waited for him to finish changing. He wore a white undershirt and jeans. He had Reeboks in his locker but just wore socks. Jewelry sat in the cubbie of his locker. He shook his head to move the hair out of his face. He turned around and the questions began. 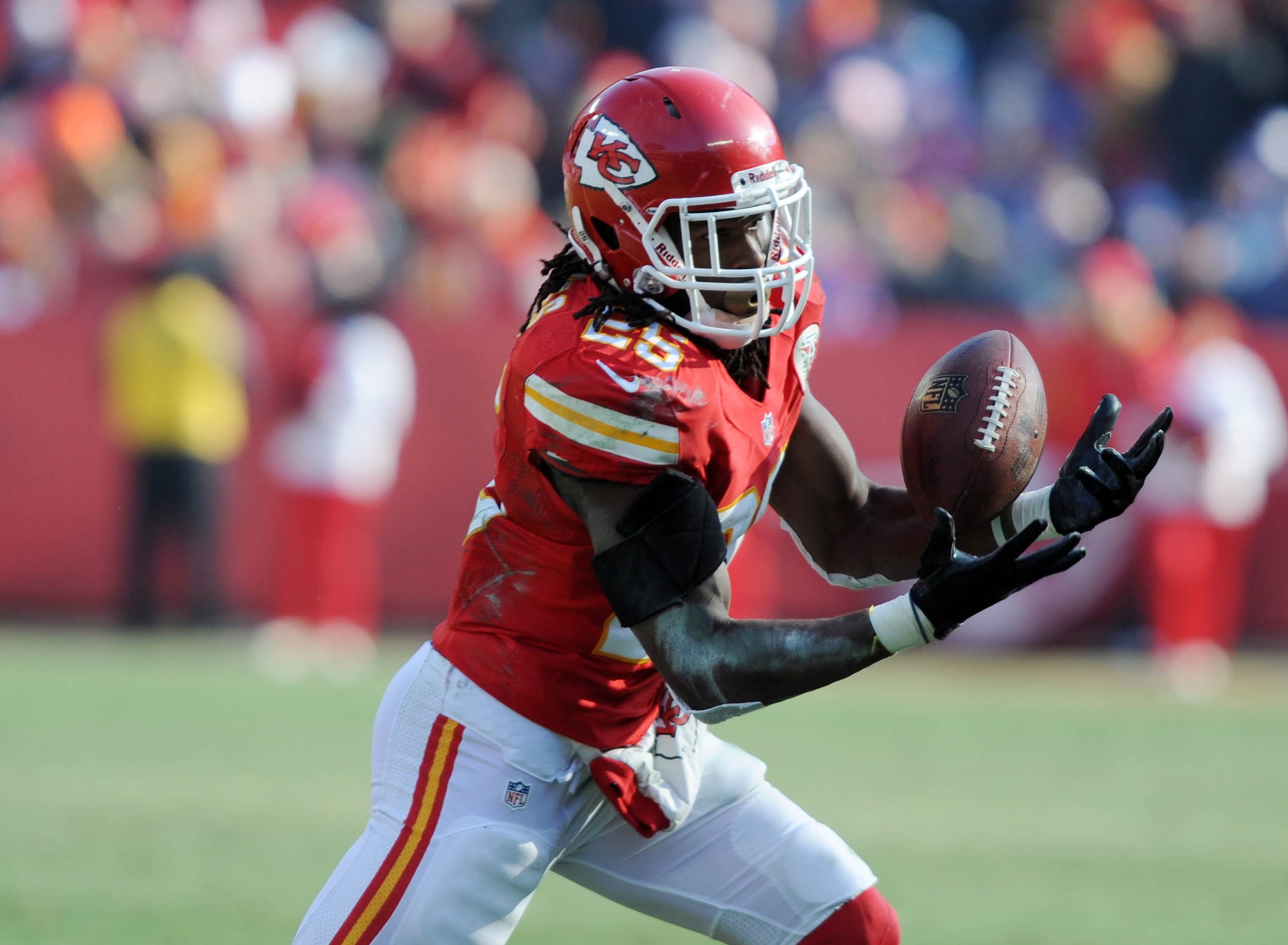 He was asked about Jim Brown, if Brown was an idol growing up, if he understands the magnitude of the record he set. He answered the questions as nonchalantly as he normally does, saying he's just trying to get a win.

For whatever reason I remember this moment vividly. Standing next to Charles, as he's questioned about Jim freakin' Brown. I remember seeing the Chiefs head of PR, standing behind the horde of media and smiling as the Associated Press asked Charles about Jim Brown. It was a cool moment to say you were there. I'm going to brag one day (as if I haven't already) that I got to see Jamaal Charles play.

I saw history today, and for the last five years.

20 years from now, the next greatest running back ever will come along and they'll be asking him about breaking Jamaal Charles' records. Of course I care about wins and losses but if they're not there I can still appreciate what the Chiefs have with Jamaal Charles.

The stats put into perspective what he's doing and how special it is. Be grateful that we can watch him play in such a miserable season.