Andrew Luck did it again. He engineered another comeback to beat the Kansas City Chiefs, 20-13. Jamaal Charles is the story of the day though as he passed 200 yards by the third quarter. Charles ended with 226 yards and his teammate, Peyton Hillis, passed 100 yards rushing, too, giving the Chiefs over 352 yards rushing on the day.

All that and the Chiefs still scored just one touchdown -- an 86-yard run by Charles.

I consider those stats to sum up the life of a Chiefs fan.

The Chiefs defense played well for much of the day, giving Luck trouble throughout the game. But it wasn't enough.

Your Colts-Chiefs recap is below... 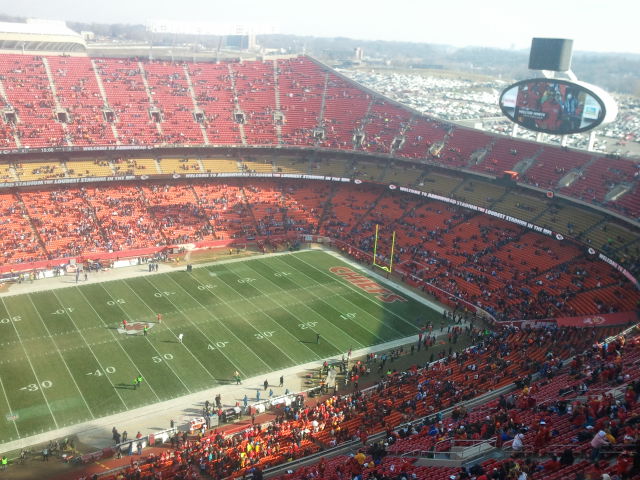 Score update: Colts 7 Chiefs 0 The Chiefs first offensive drive ends in a fitting manner: a pick-six. Brady Quinn tried to hit Dexter McCluster on a quick out route and McCluster either ran the wrong route or Quinn threw it to the wrong place. There was some sort of miscommunication on the play and Darius Butler caught it and ran it in from 32-yards out.

Jon Baldwin alert! The Chiefs WR ran a slant route and the defender slipped, leaving him wide open. Quinn's pass was on the money and Baldwin rumbled for a 57-yard gain. That's the longest play of his career.

So Baldwin makes a big catch. 2 of the next 3 passes were deep balls to Baldwin

On third-and-20 from the Colts side of the field, the Chiefs run a draw play to stay in field goal range.

Fun fact: The Chiefs scoring drive was 51 yards. They had a 57-yard pass completion on the drive, too. The life of a Chiefs fan, everybody!

The Chiefs defense is getting pressure with two consecutive sacks:

Luck is, uh, lucky he slid there ... DJ was coming in like a rocket

Tamba gets him, sacks Andrew Luck on third and 11. 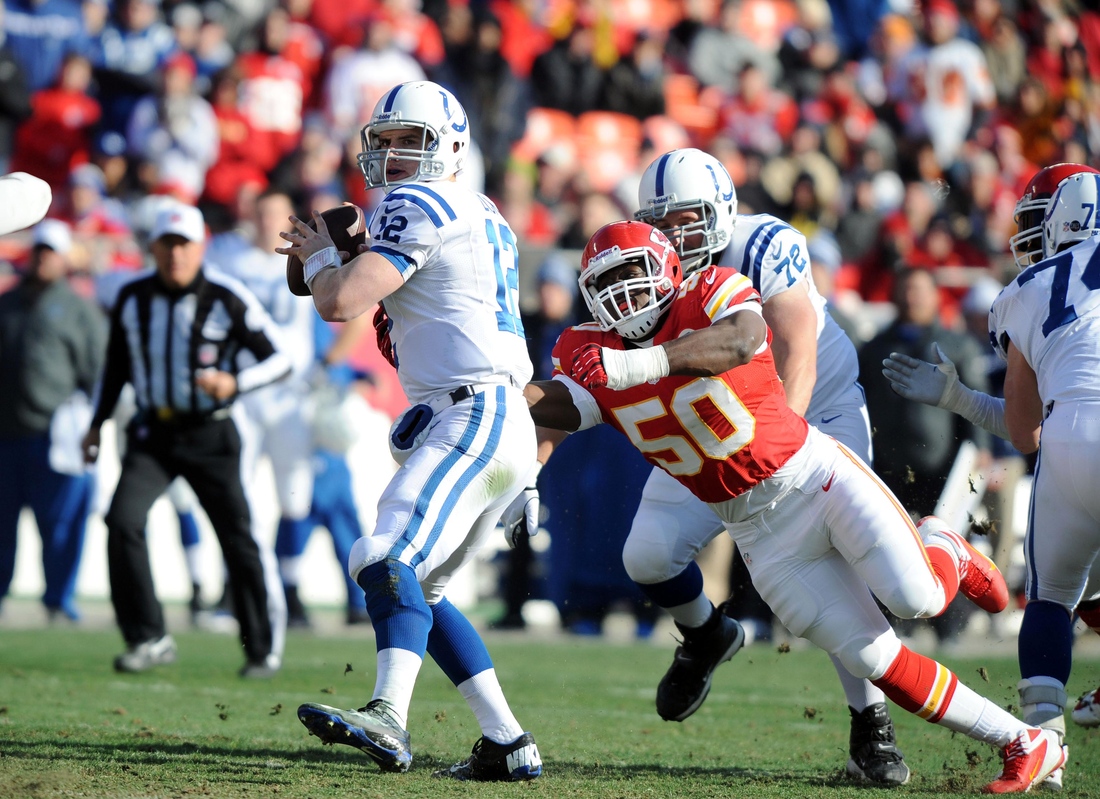 1:08 remaining in the first quarter:

The Chiefs had an 11-play drive, going from their own 22-yard line to the Colts 25-yard line. The offense looked solid, especially the running game as Peyton Hillis picked up yards in big chunks. Two very Chiefs things happened on that drive. 1.) Succop attempted a field goal (because of course no touchdowns) and 2.) Succop missed the field goal.

Score update: Colts 10 Chiefs 3 Justin Houston almost sacks Luck and Kendrick Lewis almost picks off his pass. The Colts kick the field goal instead of getting six. The Chiefs are down seven points. Or, in our language, three field goals.

The Chiefs defense is playing well, holding the Colts to just three points (not counting the pick-six). The offense is also playing well, moving the ball down the field. Unfortunately, the offense is struggling where it counts -- scoring points.

A neat moment in a meaningless game:

Classic 2012 Chiefs: Brady Quinn throws a perfect pass to Jamar Newsome to put KC in the red zone. Jamaal Charles fumbles it away on the next play.

Score update: Colts 13 Chiefs 3 Late in the second half, Luck turns it on and pushes the Colts down the field to earn three points.

Jamaal TO THE HOUSE!!!

Jamaal Charles runs 86 yards for the touchdown. And it's NOT the longest TD run of the season for him.

This Colts fan was busted cheering on the enemy: 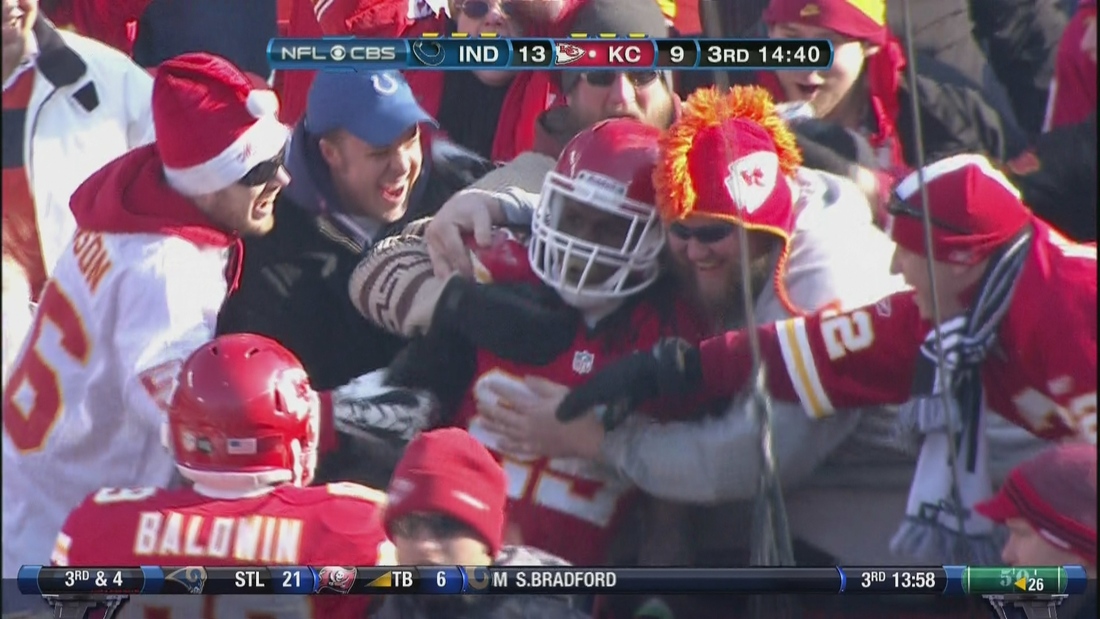 The Chiefs quickly came back down to earth. On the next possession, Quinn tried to hit Baldwin in the end zone and it was ... intercepted.

Record watch: 2:33 in the third quarter.

As the fourth quarter starts...

Peyton Hillis has 98 yards. Jamaal Charles has more than twice as many as that (220). KC running wild

The Chiefs face a critical fourth-and-1 and decide to go for it. At this point, Charles has over 200 yards rushing, Hillis is nearing 100 and the Chiefs as a team are over 300 yards rushing. So of course the Chiefs gave it to Quinn on a sneak, and did not get it.

Score update: Colts 20 Chiefs 13 The Chiefs are down a touchdown with four minutes remaining.

The Chiefs needed a game tying drive with three minutes left in the game. Facing a third-and-8, the Chiefs ran a draw, didn't get it and punted away. Classic.