The Kansas City Chiefs are 1-7 and sitting atop the 2013 NFL draft board right now. They're the worst team in football -- nods toward Jacksonville Jaguars -- and things probably won't be getting much better.

But the Chiefs did make three big moves on Monday: 1.) Stanford Routt cut 2.) Shaun Smith signed and 3.) Romeo giving up DC duties. That's a lot of change in just one day.

I think all three of these moves were good ones once you take a closer look at the situations. I give the Chiefs kudos for making the moves because something has to change when you're 1-7 even if this is change for change's sake.

It won't make a difference in the season but making these changes shows us they're at least trying new things because whatever they're doing now isn't working.

This one feels like there's more to the story. Romeo Crennel was talking about a relationship when citing the reason to cut Routt. I'm guessing we don't know the story here.

I know some people are upset, wondering how this makes the Chiefs a better team. But this season is already lost. Routt wasn't going to be a difference maker with the Chiefs this year.

And we'll let you in on a little secret -- Routt wasn't going to be a Chief next year anyway. He had a $10 million option bonus due and by about game two this year I could've told you he wasn't going to get that. So the Chiefs aren't losing as much as you'd think by cutting Routt.

So what the Chiefs do here is send a little message, shake things up and hope it translates into something meaningful, like a win. 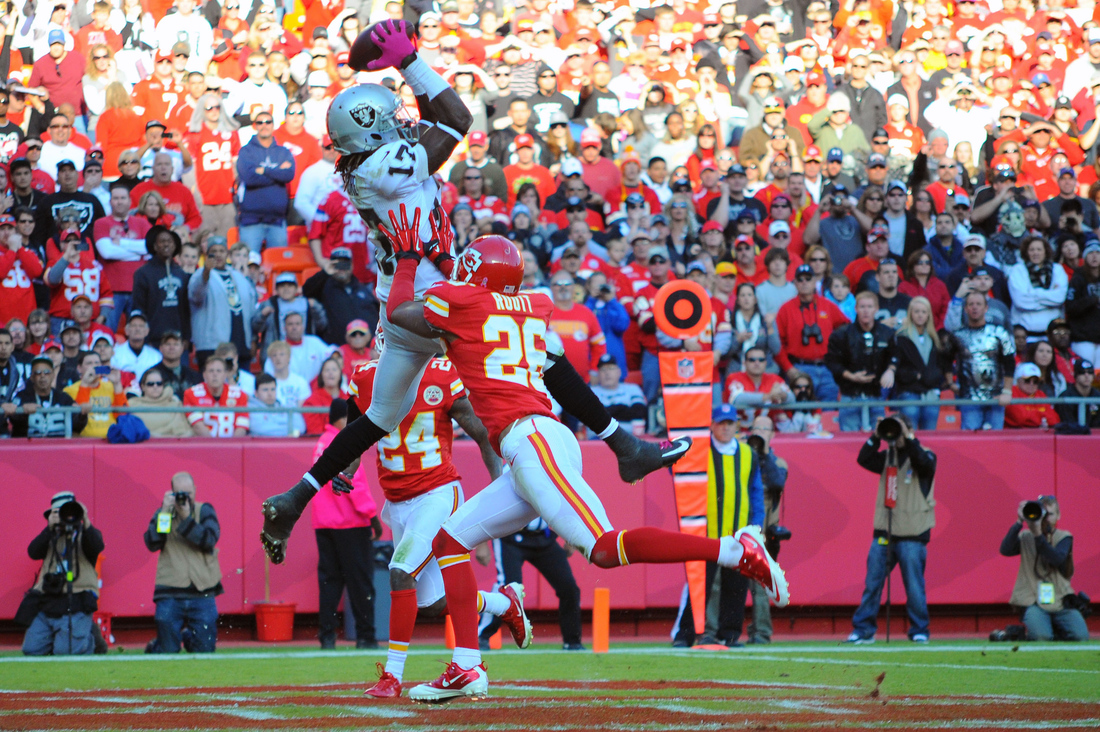 The only thing I dislike about this move is that it wasn't made before the 2011 season. Smith was one of, if not the Chiefs best defensive lineman in the 2010 season. They let him walk in free agency, signing with the Titans -- a mediocre sized deal. Smith predictably struggled in Tennessee and was cut before this season started. Smith worked out for the Chiefs earlier this year but apparently wasn't in shape, or good enough shape.

This is a good move for KC, regardless of the timing. Smith brings an attitude to the Chiefs. He brings some -- gasp! -- personality! Something the Chiefs don't have much of outside of a couple of players.

So look for Smith quotes along with Eric Winston quotes in post-practice and postgame stories the rest of this season. 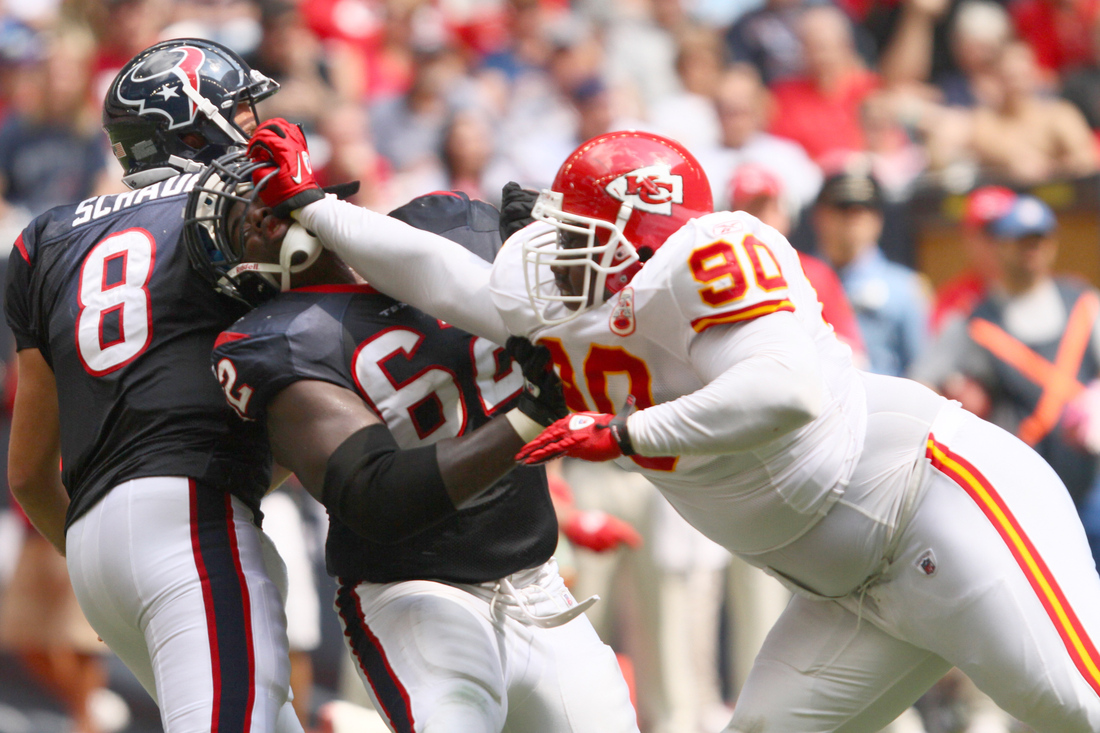 I'm fine with this move. One thing I don't understand is how we let the disaster play out that was Todd Haley acting as his own offensive coordinator and then two years later allow Romeo to take the defensive coordinator duties without batting an eye.

It was just assumed by a lot of people, including me, that the defense would be better this year because Romeo was still on the staff. As it turns out, Romeo is a better DC than he is a HC/DC.

This was a good move because it was a necessity. Something so basic: the players on the team need to know you care about the whole time. 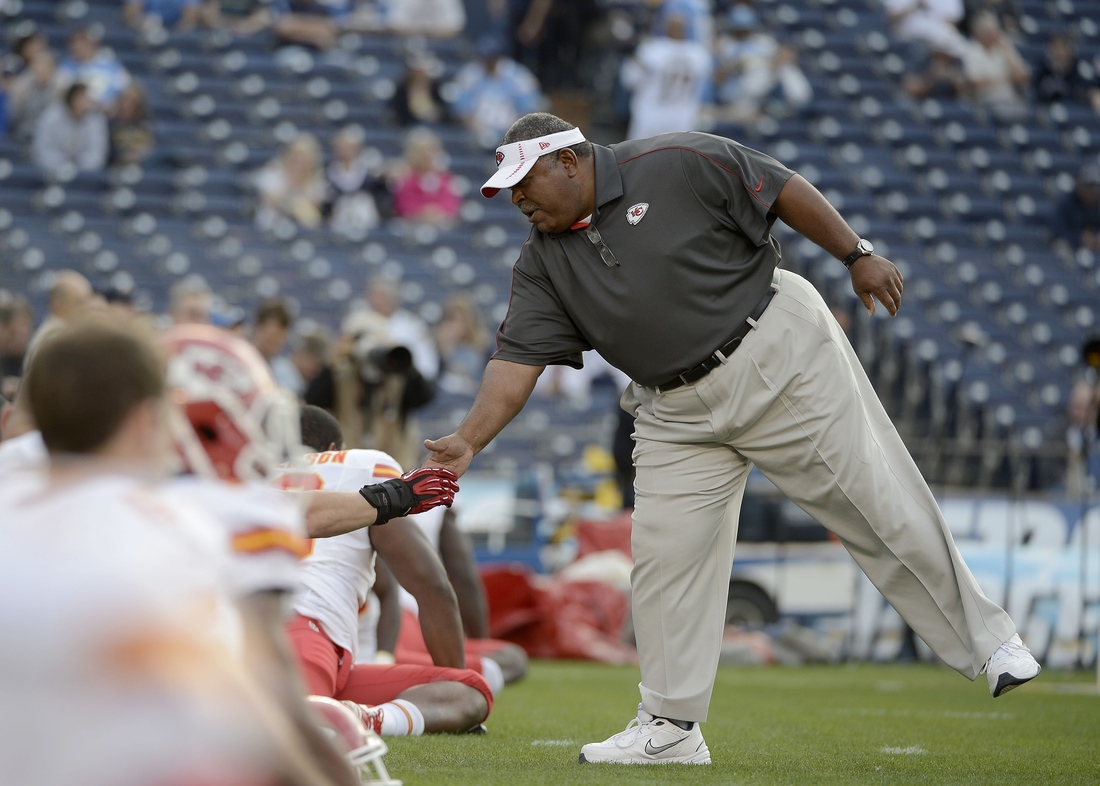