Credit Matt Cassel, Dwayne Bowe and the Chiefs for making this big play

Not all was bad in Monday's loss to the Steelers. The Chiefs came up with a huge play when they needed it.

Share All sharing options for: Credit Matt Cassel, Dwayne Bowe and the Chiefs for making this big play

When I was asked to write a post about answering the Call of Duty, I thought I was in trouble. The Chiefs are 1-8 so there's not much answering going on with them. They haven't done many things well recently that would justify answering anything, let alone a Call of Duty.

But then I thought about the biggest play in Monday's game against the Steelers. The Chiefs needed a big play at a crucial point in the game. The odds were heavily stacked against them.

And, you know what, Matt Cassel, Dwayne Bowe and the rest of the Chiefs actually came through.

Against the Steelers, the Chiefs had the ball on their own 45-yard line with 22 seconds to go. It was fourth-and-15 which, for the Chiefs, is worst case scenario. They were in that position because they got screwed -- yes, screwed -- with the Tony Moeaki pass interference call two plays earlier. I knew there was no chance the Chiefs would make a first down and keep the game alive. I just knew it. 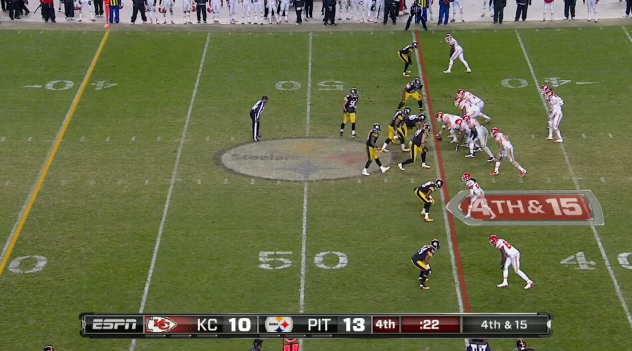 This is how the Chiefs lined up on that fourth down. That's Bowe at the bottom of your screen. Dexter McCluster is on top of him. McCluster will run what looks like a fly route. Bowe will start to do the same but cut his off early and cross McCluster to the middle of the field. 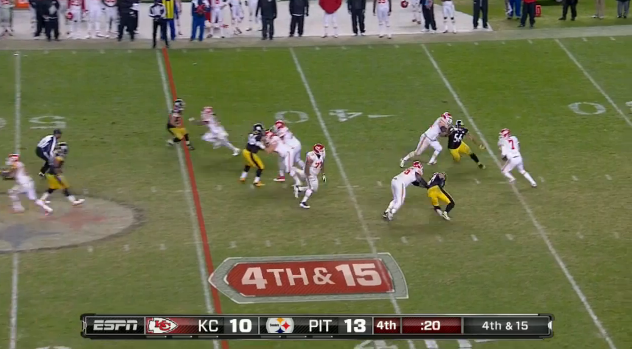 Anyone else think the Chiefs were screwed at this instant? Looks at the linebackers coming after Cassel. It sure looks like they have an easy path to him. But.... 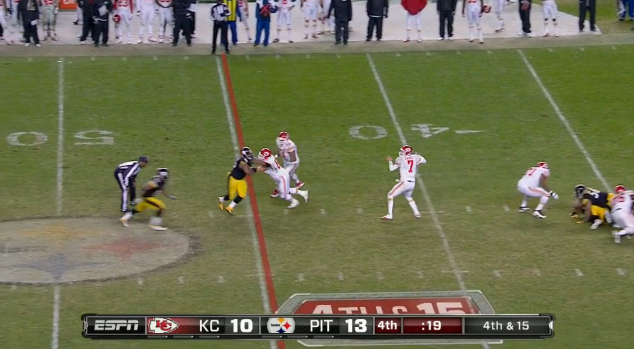 Cassel escapes! He gets an open pocket so he can step into his throw, which is when Cassel is at his best. 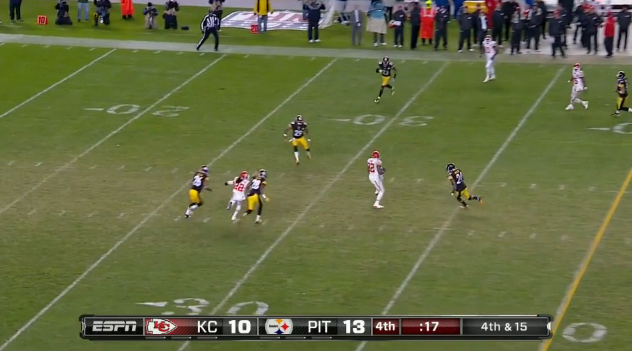 Bowe snags the ball in the middle of the field with enough time to get down, get the offense up and snap the ball before the clock hits :00. Succop kicks the field goal. 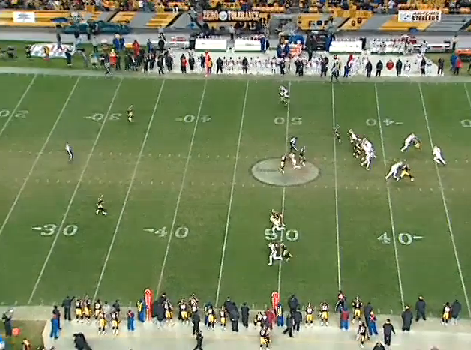 Let's look at this from the All-22 tape. That's Bowe on the bottom of your screen with McCluster on top of him. 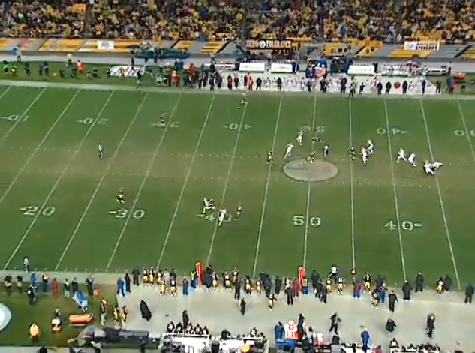 See the route? Bowe cuts inside 20 yards down the field. The defender follows him to the middle of the field but Bowe creates enough separation for Cassel to find him. 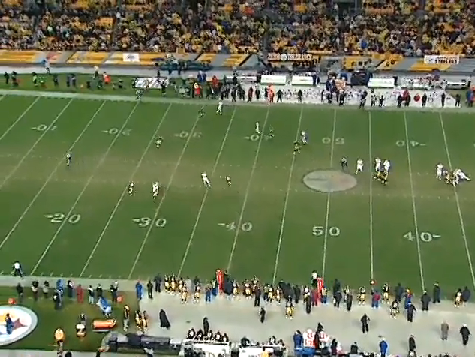 Can you see Bowe in the middle of the field there? Beautiful.

That was a HUGE play for the Chiefs. Fourth and forever, late in the game, they only have one shot...and they did it. That's not something we've seen from the Chiefs very often so I wanted to take a moment and point out that they did a great job in that situation.

(I'll just conveniently ignore what happened on Cassel's next pass.)

Check out the trailer for Call of Duty Duty, which is available now at Best Buy.