Steve Breaston should be surprised by his 'unexpected' season

The Chiefs receiver is sitting for reasons that don't make much sense.

Share All sharing options for: Steve Breaston should be surprised by his 'unexpected' season

The Kansas City Chiefs sitting at 1-8 after nine games is unexpected.

So is Steve Breaston being completely healthy and having just six catches for 61 yards on the season. This is to compare to his 61 catches for 785 yards last year. On a big game on Monday night, Breaston was deactivated. The first time in his five year career he was a healthy scratch.

A lot of unexpected things this year, including Breaston's season.

"The way my season is going, it's unexpected, but I'm not really worried about myself, I'm just worried about how we can win a game around here," Breaston said, via comments sent out by the Chiefs. "That's the biggest thing. My situation is smaller than what this team is going through. We're a good team, we just have to go out there and put it together."

This is what they mean when they say a guy is a pro. Expresses frustration but recognizes he's not bigger than the team.

So, here's a question: Why is Baldwin playing over Breaston?

Yeah, the easy (and probably accurate) answer is that Baldwin is a first round pick. But it's not like Breaston's a nobody with a five year deal signed last year.

I ask that question because in playing time last year Breaston produced. He caught passes. He was consistent. His final line was 61 receptions for 785 yards. He was targeted 98 times. He had 339 yards of YAC, the highest of his career. With arguably a worse quarterback situation last year, Breaston produced. 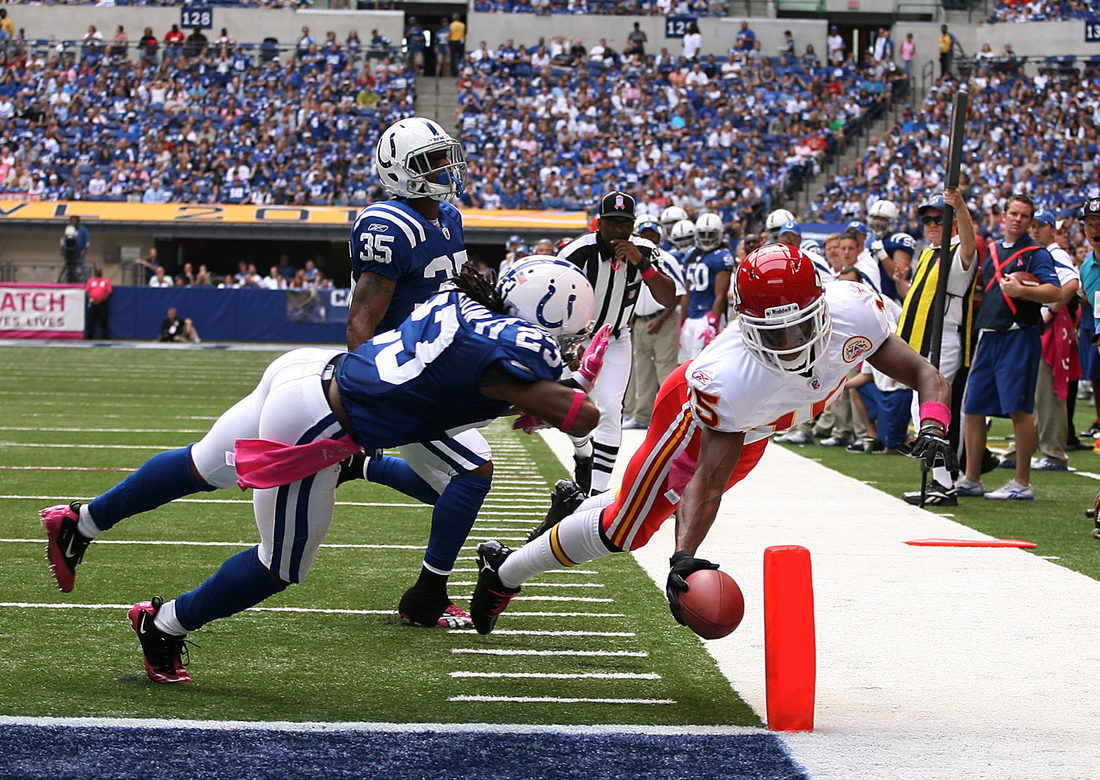 Fast forward to this year. Breaston's not playing. Baldwin is. So what has Baldwin done? 16 receptions for 224 yards. On pace for somewhere around 30 receptions for 500 yards. He doesn't look like he always knows what's going on. He makes a big catch here and there but there's no consistency to his game. Bottom line, he's not consistently producing enough for who should be the Chiefs No. 2 receiver.

Danny Parkins made a great point the other day while I was on 610 Sports: Crennel doesn't know if he'll be back next season so he truly has incentive to play the best players and win games, even right now, because he wants to save his job. Maybe Romeo stays if the Chiefs win 5 of their final 7 games, or something like that. Who knows? The point is that now more than ever Romeo should be playing the players that truly give him the best chance to win.

So with Romeo needing to win games, why isn't he playing the best player at a position? Why is Baldwin playing over Breaston? Nothing over their careers suggests Baldwin is a better player than Breaston, outside of the always vague potential and other physical attributes.

Needing a big play against the Steelers on Monday night, the Chiefs had the ball with 1:30 on the clock on their own 38-yard line. They need a big play at a critical point in the game.

Baldwin was out with a head injury. That's not his fault. But Breaston was deactivated. That's why you activate Breaston, your second best receiver. Breaston making a big catch on a drive to try and win the game >>>>>>> Copper's special teams tackles.

And with 1:30 in the game Cassel is going deep to Terrance Copper.

The life of a Chiefs fan everybody! 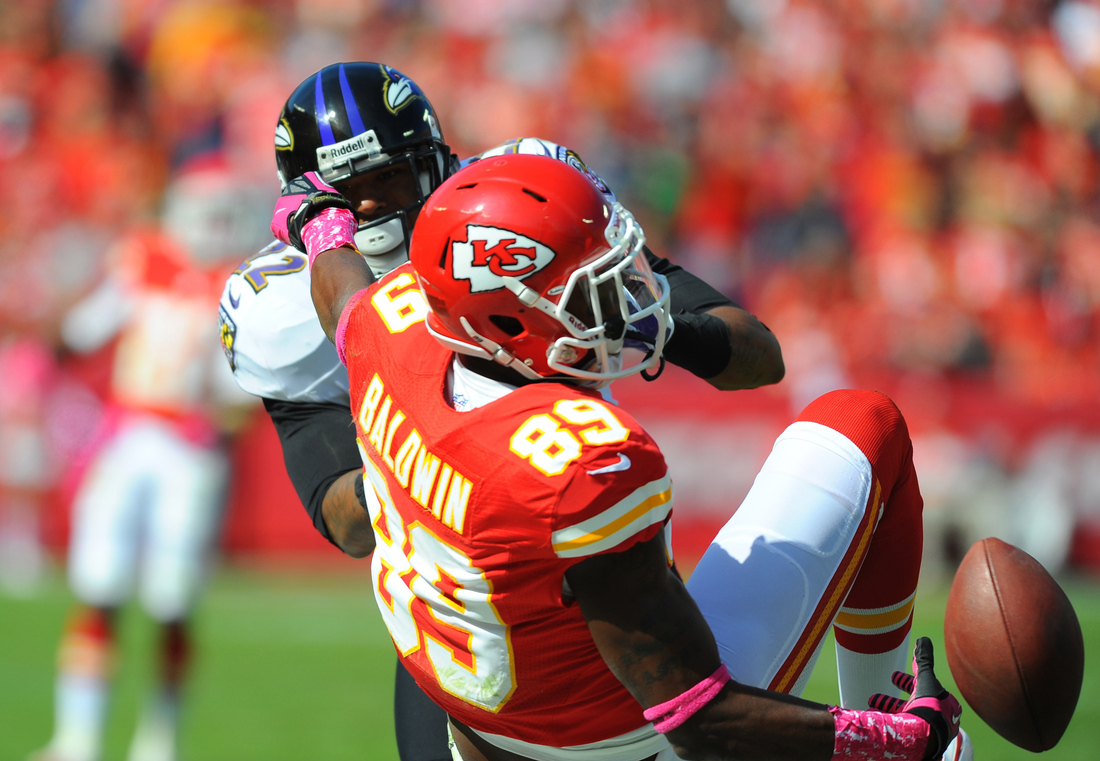 I know the reason is that Baldwin is a first round pick, he's built like the receiver of my dreams and his future success is more important to the Chiefs than Breaston's, who is apparently expendable. That's the real answer. But I'm venting here. I'm frustrated, just like everyone else. It's annoying to see a guy who out there who is producing less than the guy before him, especially when the guy before him is getting six snaps a game like Breaston.

Let's not make this harder than it needs to be. Breaston had consistently demonstrated he can produce. Baldwin hasn't. That's why this is frustrating for me to watch.