What was Matt Cassel looking at on his final pass in the Steelers game?

Re-living the pass that ended the game.

Share All sharing options for: What was Matt Cassel looking at on his final pass in the Steelers game?

Now that we've had a few days to think about it, has anyone figured out why Matt Cassel threw that final pass against the Steelers?

Cassel's final pass was intended for Dwayne Bowe. It was picked off by Steelers linebacker Lawrence Timmons. The interception effectively ended the game as the Steelers wasted no time in coming in and kicking the game winning field goal.

I've gone back and watched the interception a few times now and I still can't exactly figure out what Cassel was thinking on the play, but I'm guessing he just didn't see Lawrence Timmons. 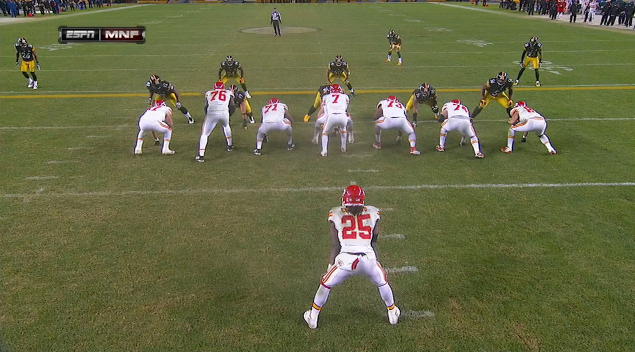 Watch the right inside linebacker, Lawrence Timmons (on your left in the screen grab). He's going to drop back into coverage right as the ball is snapped, and track Cassel. 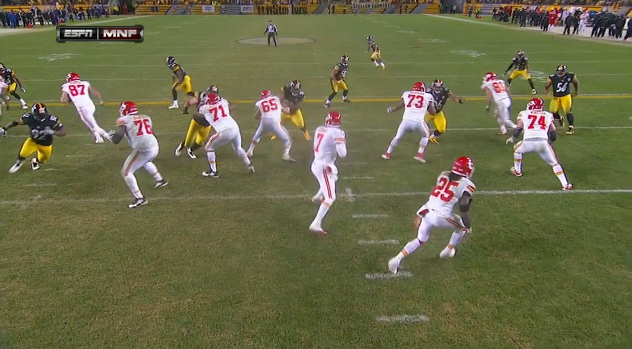 Look where the Chiefs QB is looking: directly at his target. Timmons is in motion, dropping back in coverage. Cassel looked at that spot -- Dwayne Bowe's the target -- and didn't look away. 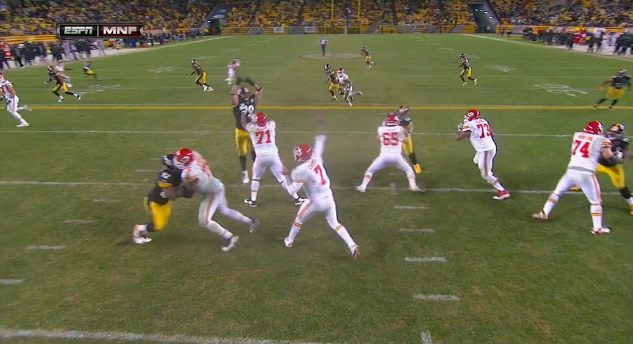 This is the setup when the ball is released. What does he see? Does he not see Timmons? I can't figure out exactly what he sees here. I'm guessing he didn't see Timmons. Because if Timmons weren't there, Bowe would be open. 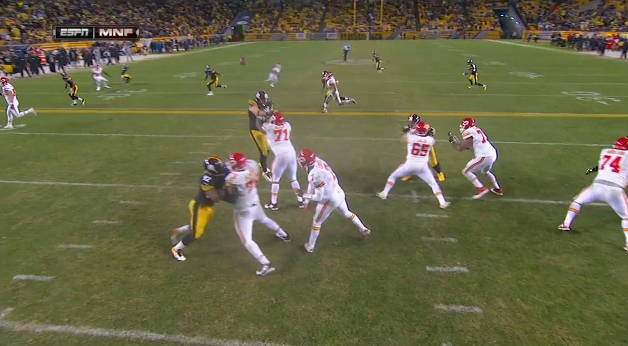 That's where Timmons picks off the ball. Would Bowe even catch that pass if Timmons wasn't there? I'm not sure. It was high and to the right. Look at the blur just to the right of the ball -- McCluster. 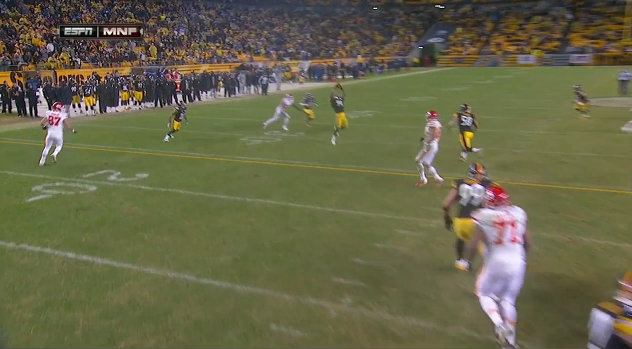 Another angle on the pick. And three more below this. 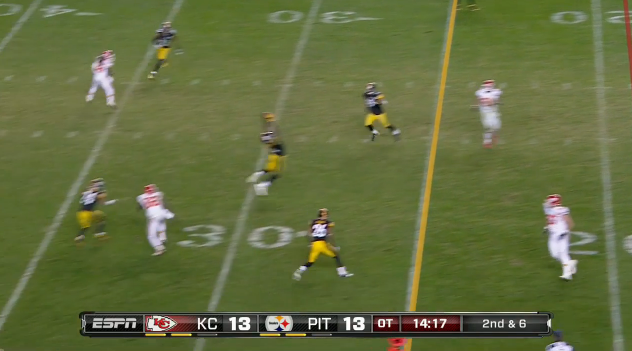 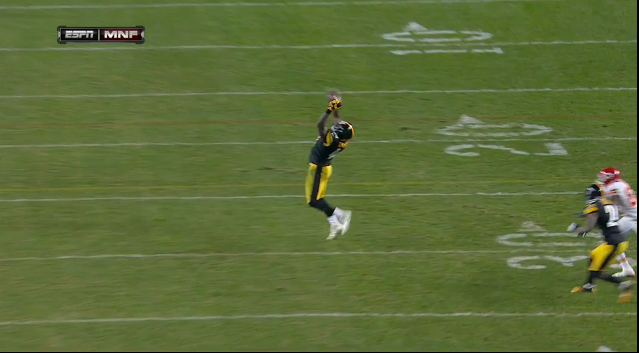 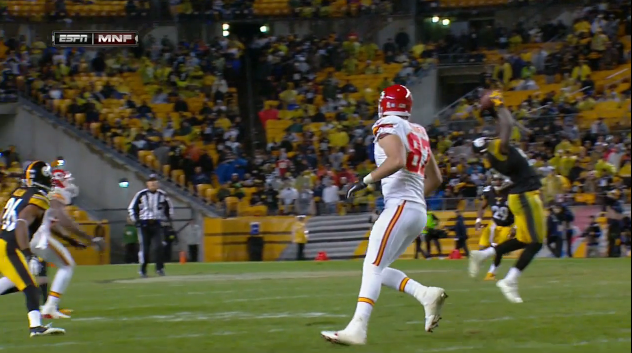