Ravens vs. Chiefs: This penalty on Dexter McCluster killed the Chiefs

The pass interference penalty on Dexter McCluster was the biggest call of the game.

Share All sharing options for: Ravens vs. Chiefs: This penalty on Dexter McCluster killed the Chiefs

The most important play in Sunday's game between the Kansas City Chiefs and Baltimore Ravens came on a third down with 5:24 remaining in the fourth quarter.

The Chiefs faced a 3rd-and-11 with the score 9-3 in favor of Baltimore and Quinn, who was replacing the injured Matt Cassel, found Dwayne Bowe streaking across the middle. Bowe made the catch and muscled his way into the end zone, giving the Chiefs their first lead of the season.

Penalty. Always a penalty. The refs called a pass interference on Dexter McCluster for basically setting an illegal screen on Bowe's man. The Chiefs then kicked the field goal, making it 9-6, instead of taking a 10-9 lead on the touchdown.

Talking to Chiefs players after the game, they really did not like the call.

Let's take a look at what happened. 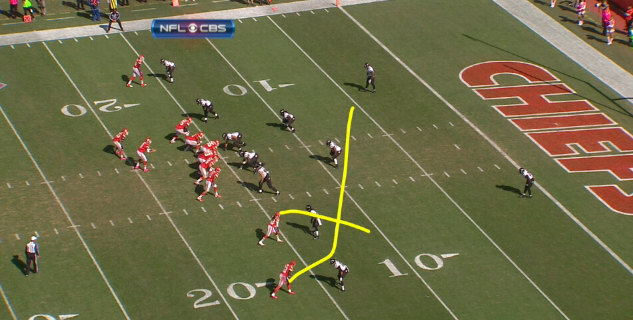 This is the route, with Bowe on the bottom and McCluster lined up on the inside. Every team runs plays like this and every team runs illegal screens. The key is running the play so that the screen won't get called. Keep an eye on Bowe's route, and then McCluster's interaction with the defender. 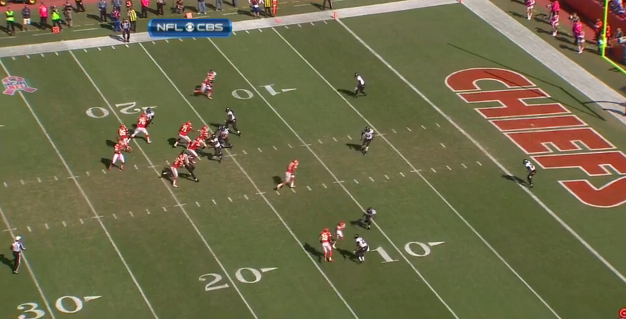 The cross is on. Look at McCluster. Look Jimmy Smith, the Ravens cornerback who lined up over Bowe and collides with McCluster. 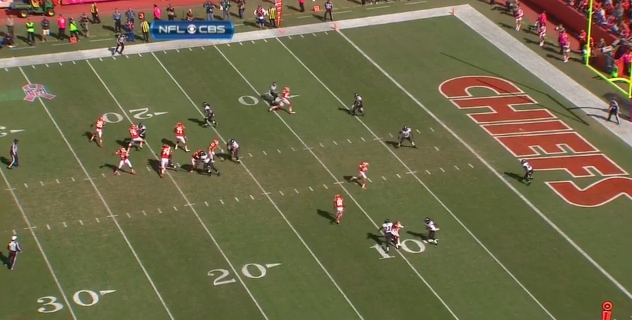 Smith steps toward McCluster, launches his shoulder and drops McCluster. 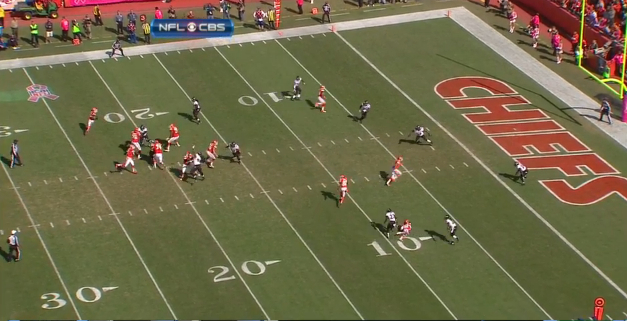 That's McCluster on the ground and the Ravens cornerback, Jimmy Smith, running past him towards Bowe.

Look at this from another angle. That's McCluster running towards the screen. That's Smith, No. 22. Smith looks like he's blowing up McCluster here. He's launching his shoulder. This doesn't look like a screen.

Smith obviously launches towards McCluster. Brady Quinn told us after the game that what he saw on this play was McCluster running his route and getting blown up by the defender. That's what I saw, too.

McCluster's biased but he told us after the game: "Honestly, the call was the call. Obviously, I don't agree with it, but that's the game of football. They called the flag so you have to deal with it."

What we can't debate is that the Chiefs should've been aware that this penalty was possible. Earlier in the same quarter, McCluster and Bowe ran a similar route -- but with McCluster as the pass catcher -- and a penalty was called on Bowe for the same thing. 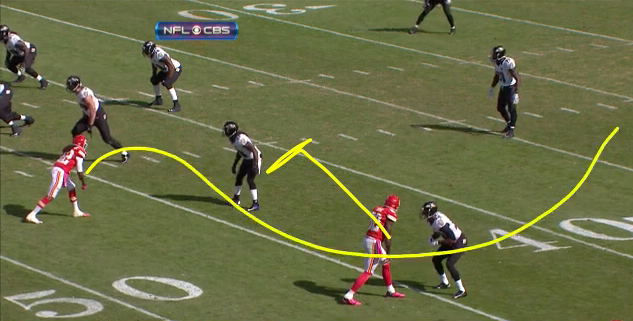 Lined up the asme way -- except McCluster is going on his route and Bowe is setting the screen. 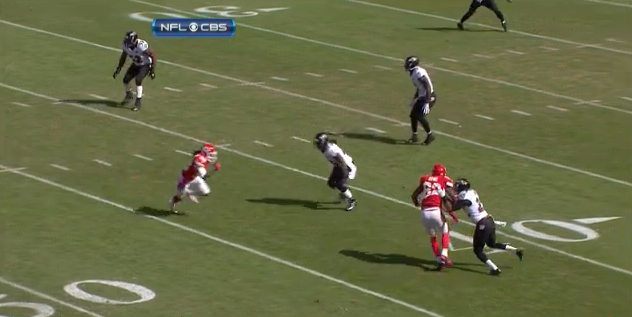 Bowe's is very obvious on this play. It's nothing like the other play. Look at Bowe and what he does from here. 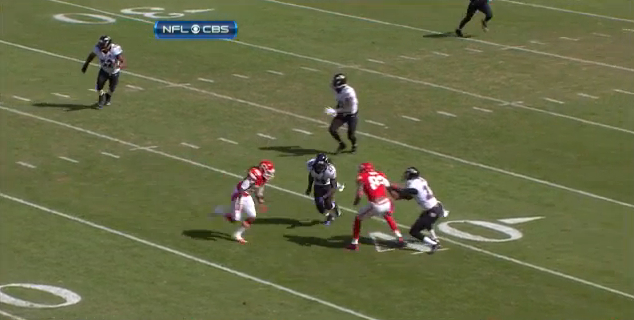 This isn't basketball. You can't make a screen that obvious. 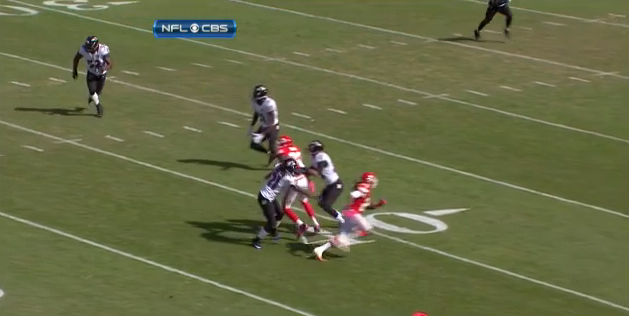 And you see McCluster running into the open field. This was that wheel route that Cassel completed -- a 25-yard gain to McCluster -- but the penalty brought it back.

Following the game you could read between the lines on what Romeo Crennel had to say and see he didn't agree with the call but he wasn't calling them out or anything.

We can definitely argue whether McCluster's penalty was actually a penalty. Smarter football minds than I can break this down. But we shouldn't argue that the Chiefs should've realized the situation, that they had been called on that penalty only minutes earlier, and realized that was a risky play call.

Actions that constitute offensive pass interference include but are not limited to:

(a) Blocking downfield by an offensive player prior to the ball being touched.

(b) Initiating contact with a defender by shoving or pushing off thus creating a separation in an attempt to catch a pass.

(c) Driving through a defender who has established a position on the field.

Actions that do not constitute offensive pass interference include but are not limited to:

(c) Contact that would normally be considered pass interference, but the ball is clearly uncatchable by involved players.

Note 1: If there is any question whether player contact is incidental, the ruling should be no interference.

Note 3: Pass interference for both teams ends when the pass is touched.

Note 4: There can be no pass interference at or behind the line of scrimmage, but defensive actions such as tackling a receiver can still result in a 5-yard penalty for defensive holding, if accepted.

Note 5: Whenever a team presents an apparent punting formation, defensive pass interference is not to be called for action on the end man on the line of scrimmage, or an eligible receiver behind the line of scrimmage who is aligned or in motion more than one yard outside the end man on the line. Defensive holding, such as tackling a receiver, still can be called and result in a 5-yard penalty and automatic first down from the previous spot, if accepted. Offensive pass interference rules still apply.