Check out what happened on Cassel's first interception of the day.

Make that two turnovers today for the Kansas City Chiefs.

The Chiefs are obviously on a very run-heavy game plan and Matt Cassel didn't attempt his third pass of the game until the third quarter. Unfortunately, that third pass did not go so well.

In a pass intended for Dwayne Bowe, Cassel's pass is tipped and picked off by the Ravens.

The worst part of that turnover -- besides it being the second of the day -- is that tight end Steve Maneri was wide open running to the other side of the field:

Here's another look at it with the CBS graphics in the way, as the ball hits Dwayne Bowe: 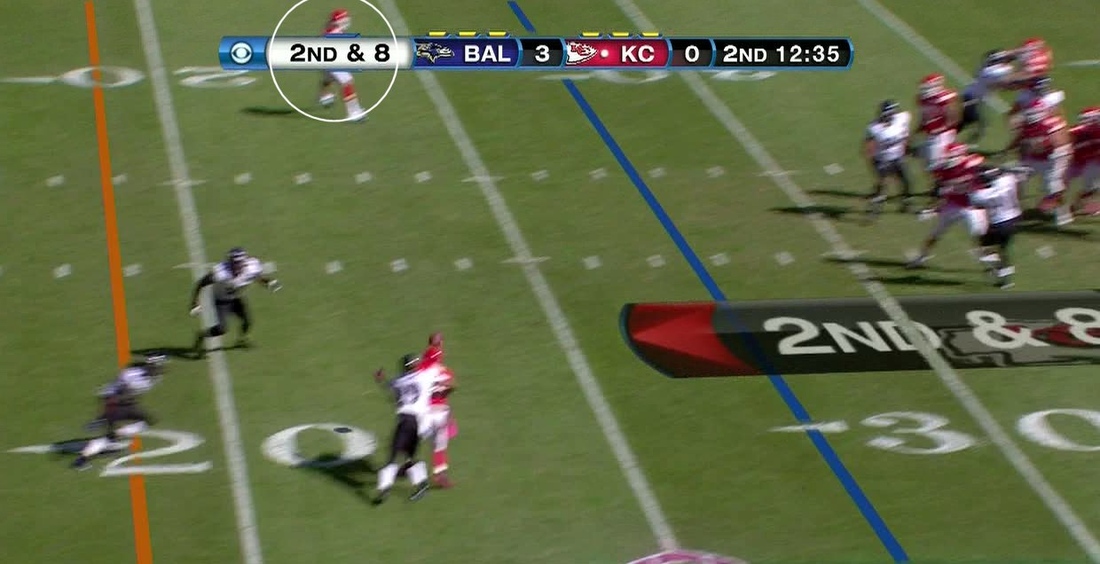 Oh well. The Chiefs were able to get the ball back so that turnover did't turn into points.