The Chiefs banner flies at Arrowhead

The "Fire Pioli - Bench Cassel" banner is in the air

Share All sharing options for: The Chiefs banner flies at Arrowhead

Confirmed: the banner flew over Arrowhead Stadium before the KC Chiefs and Baltimore Ravens game.

Chiefs fans over at the message board Chiefs Planet raised money to fly the following banner before the Chiefs and Ravens game:

You can see a picture of the banner above -- from far away -- via Twitter user @Chiefsallday58. Here's another shot of it: 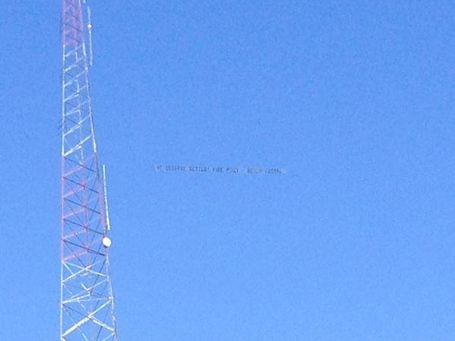 And a closer picture, via @CayceeHatchette: 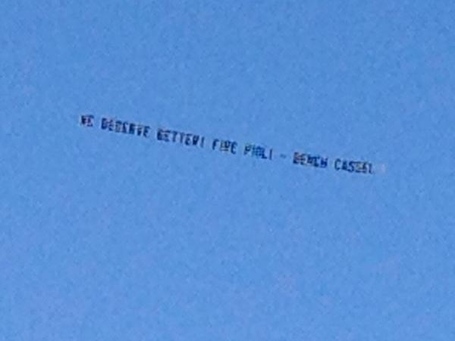 Wow. I didn't think it would come to this but I looked up and there it was. The banner was on my left as I was sitting in the Arrowhead press box and I saw it go behind the stadium.

Others saw the banner as well.

NEED PICTURES!!!!! The revolution has begun. #Chiefs RT @arrowheadpride The banner is here. I saw it.