Ravens vs. Chiefs: Time to gush over Ray Lewis

Share All sharing options for: Ravens vs. Chiefs: Time to gush over Ray Lewis

The Kansas City Chiefs will face the Baltimore Ravens today and every time you face the Ravens you have to account for linebacker Ray Lewis. Despite his age (37), Lewis can still cause a lot of problems.

Because Lewis a future Hall of Famer, Chiefs players and coaches were asked about him quite a bit this week. Here's what they said about No. 52:

"Absolutely, it's Ray Lewis. He's a guy that you look across the ball and you see. He's very instinctive, he still comes downhill, he still hits you, he gets those guys lined up. But, you look across that defensive board and they've got a lot of great veteran leadership with Ed Reed, Haloti Ngata and then also obviously Ray Lewis, but those guys have been playing together for a long time and they're a very instinctive, very experienced group, so we're going to have to come out and play well."

"Some of those exceptional athletes can play 15, 17 years and still play at a high level. Even though you lose a step, the thing that I think he's done, is he's been cognoscente of his body and what he needs to do with his body to allow him to play. He's dropped his weight and then he uses his knowledge of the game to put him in position to make plays. Plus, he's got some pretty good guys around him and up in front of him that kind of protect him a little bit." 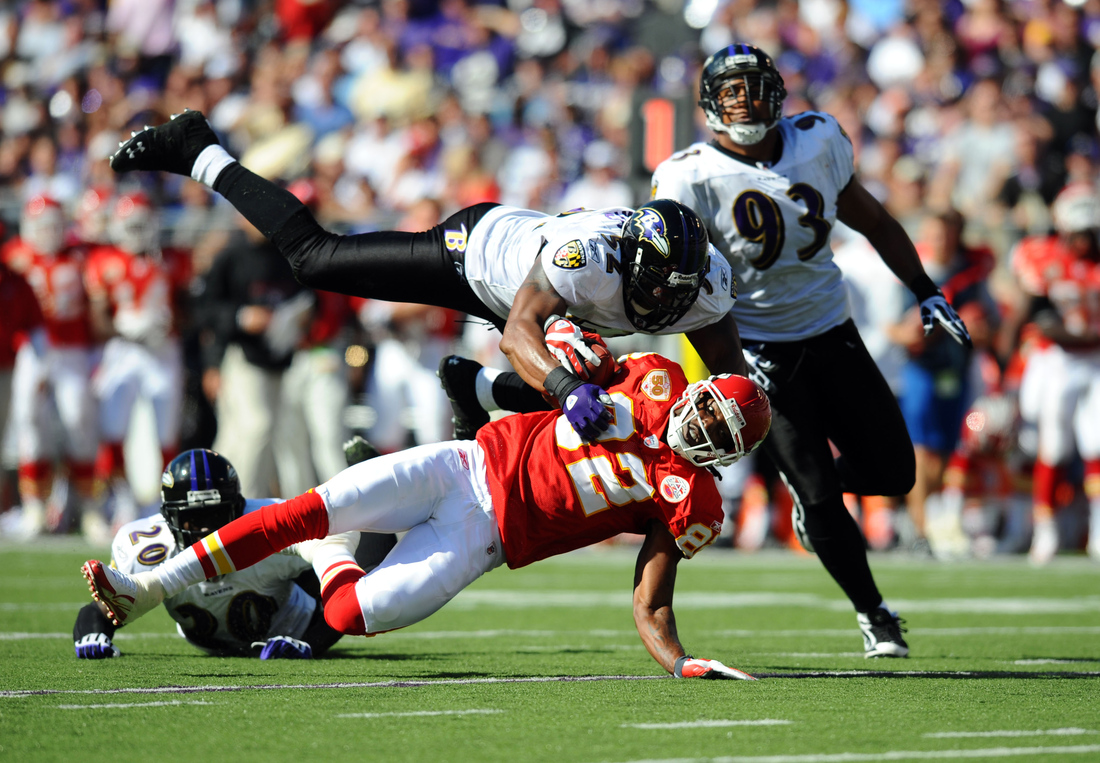 "A veteran player, a guy that has been in the league 17 years. I believe I might have beenseven years old when he first came out. [He is] a great athlete, a great motivator, just an overall great guy."

"They've had some consistency there for awhile with the players that they've got and the scheme, you know, the guys who have been defensive coordinators have moved on to be head coaches and then the next guy that's on the staff bumps in. Dean Peas, I worked with him back in New England. He puts his own twist on the defense but you guys all know where it starts, with number 52 [Ray Lewis] there in the middle and number 20 [Ed Reed] there in the back end and they've been some of the best that have played their positions, ever. They're still playing at a high level, they do a good job of taking away the football and it's going to be a challenge for our guys this week."