Is Eric Berry the same player as he was before the injury?

Berry doesn't seem like he's the same player as he was before his injury.

Share All sharing options for: Is Eric Berry the same player as he was before the injury?

Sunday's game between the San Diego Chargers and Kansas City Chiefs shined a light on something I'd been thinking about for a while: Eric Berry doesn't look the same.

He's not a bad player. Not by any means. Berry "not being the same" means he's average or slightly above average. But the trajectory he was on before his injury suggested he would soon be one of the best safeties in the NFL. The injury changes a lot of things but while Berry looks healthy his play suggests he may not be. Yet. 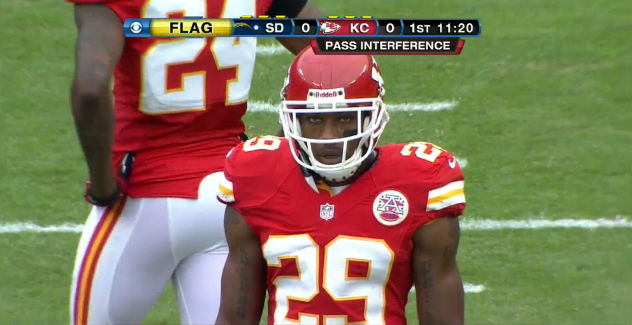 Take Sunday's game for example. On the opening drive, Berry had two defensive pass interference penalties and, while the Chiefs were going to lose that game either way, Berry's penalties didn't help.

Both of them came after he tugged at the jersey of Antonio Gates, an obvious penalty.

The first one came on the game's fourth play and it was a big one -- 3rd-and-10. Philip Rivers was looking for Gates on the right side of the field and Berry was a step behind him, causing him to grab his jersey to try and make a play on the ball. 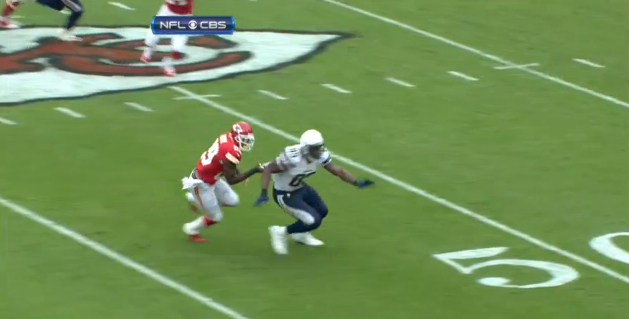 Grabbing a jersey is an easy call for the refs. 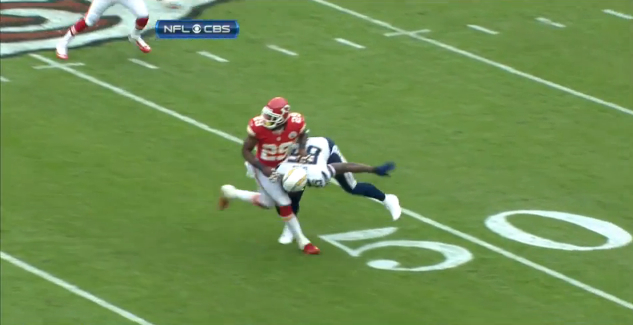 Gates knows how to play up a pass interference call. He's a veteran, so he did a little flop there.

Below, you'll find his second pass interference penalty, which again came on the opening drive, the seventh play of the game. Tugging the jersey again... 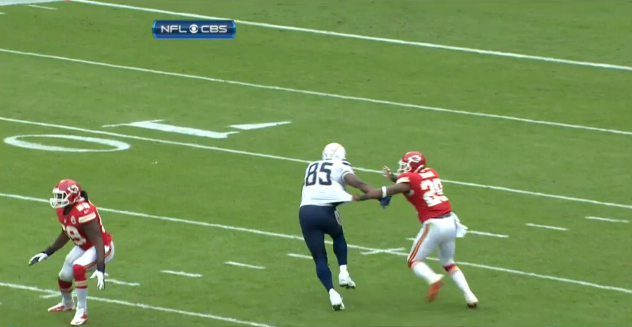 The screen shot above is pass interference. The one below is a straight mauling. 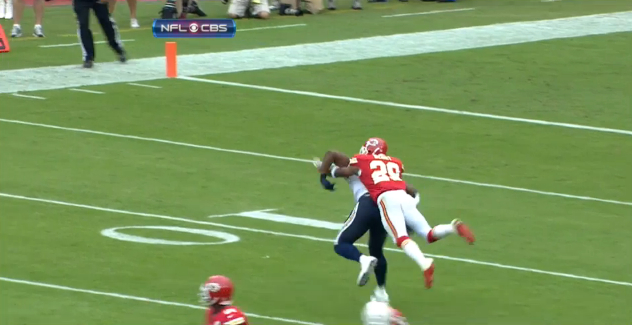 Notice the ball isn't even in the picture yet. I'd say Berry got there a liiittle early.

This isn't to say that Berry never got pass interference calls before. He did. But the tugging of the jersey shows that he's a step behind, a step slow.

This is not a "Berry sucks!" piece. I just want to open the conversation on Berry. Does he seem like he's the same player pre-injury? Is he just getting grouped in with the rest of the defense, which has sucked at times?